Milwaukee musician's introspective second album is a potent reflection on memories and music, past and present. 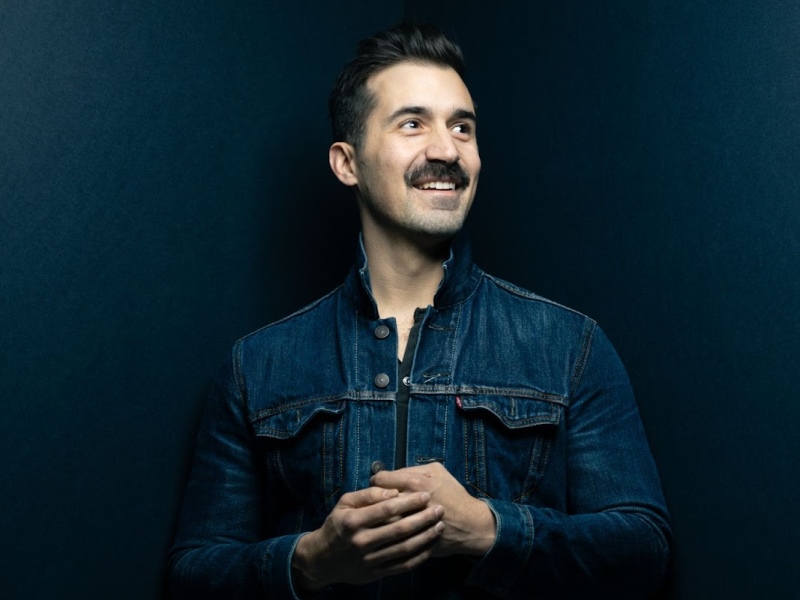 Pietrini has traveled all over the country, playing his music for friends and fans alike in the years since he decided to devote his life to music. It has also given him an outlet to express himself across two full-length albums and a handful of EPs and singles, and it’s part of the reason he moved from Chicago to Milwaukee – the city he now calls home with his wife and three children.

Yet the title of Pietrini’s latest release, Rock & Roll is Dead, suggests that Pietrini has shifted his perspective on a lifestyle that has consumed his life for over a decade.

Which is true – to an extent.

Rock & Roll is Dead is the sophomore full-length release from Pietrini – an introspective album that explores Pietrini’s past, present and future within the world of music across 12 Americana tracks. And within that exploration of his musical career comes reflections on real-life experiences that have influenced his songwriting and vice-versa – making Rock & Roll is Dead not only a criticism on the state of the music industry, but an unpacking of how Pietrini’s musical journey has changed him as a person.

“It’s about finding out who you are, and who you’re not,” Pietrini stated in a press release. “It’s about loving something even though it doesn’t work out. It’s an honest introspection of self.”

Rock & Roll is Dead opens with “Dead End Town,” a track that wears its Bruce Springsteen and Tom Petty influences on its sleeve. There’s a sense of longing for the open road apparent here – Pietrini sings about leaving a town where “All the houses look the same.” It’s an appropriate opener to the album given the “Let’s start a rock & roll band, leave this town and never come back” attitude it carries with it. But things aren’t always quite as simple as they appear, as the listener learns as soon as the second track.

“Walked out the Door” is a somber break-up song that immediately pumps the brakes on the opener’s driving energy. And so, within the first two tracks of the album, Pietrini has laid out both the highs and lows of being a working-class musician – the excitement of getting out there and playing your music in front of fans (ala the opening track), and the heartbreak of feeling stuck and lamenting that an opportunity for a bigger future has walked out the door.

Later on in the album, “Seventeen,” which was released as the second single from the album, explores the complex tug of nostalgia and memories – suggesting that even bad memories can sometimes carry valuable life lessons. Pietrini sings, “Just hurling through the suburban town again/Wondering what the hell was I thinking?”

“I wrote the song about all of the things that you can’t see when you think everything is going to be fine,” Pietrini says. “It kind of echoed into the situation with my mom, who died of cancer. There’s a connection point of youthful memory of driving my car and riding bikes around the suburbs.”

Get a daily rundown of the top stories on Urban Milwaukee
The song is beautifully paired with a music video directed by Brian Klewin and shot by TradeMark Media that shows Pietrini returning to his hometown of Arlington Heights, hopping on bicycles with friends and riding down the streets that have become like old, distant friends.

“It was really cathartic to get to do that again and have that youthful energy – allowing myself for a moment to be a teenager again and relive it with some level of perspective.”

That track is followed by “What Are We Now,” the lead single off of the album. Punchy indie-rock chords bring the energy back up, and Pietrini keeps the listener longing for the return of the track’s catchy chorus. He seals the deal with a bridge towards the end of the song that culminates with the rest of the band cutting out – leaving just Pietrini’s voice to keep listeners on the edge of their seats before he launches back into the chorus. Lyrically, the song questions how, as we get older, we handle the fallout from relationships gone sour – there’s so much more at stake when, for example, an entire family is affected by a choice or an action.

The album comes to a close with the titular “Rock & Roll is Dead.” It’s a slow-burning, melancholic farewell to the music industry. Pietrini sings “I was born for a different age/Is it so wrong to think that these songs could save our souls?” But before long, Pietrini builds up into a massive, anthemic sing-a-long. He becomes almost unconvincing in his own message – he tells us that rock & roll is dead, yet we want to join in and sing along to the music.

Pietrini has crafted a complex and thoughtful Americana album with Rock & Roll is Dead. He lures the listener in with a Springsteen-esque blue collar rock opener, but once we leave that “Dead End Town,” we’re led on a journey of heartbreak, self-doubt, reflection, nostalgia and passionate love. Throughout the 12 tracks on Rock & Roll is Dead, the listener is invited to join Pietrini on a reflective journey through his life as a musician and a human being – one who has seen the highs and the lows, but most importantly, has learned to appreciate the in-between.

“I don’t think this life is for everybody, but I love it so much and it does such good things for me,” Pietrini says.

And with those words, it’s safe to say that Milwaukee hasn’t seen the last of Pietrini. Despite the album’s catchy title, rock & roll isn’t dead, as proven by such music as this.