By Jenny Peek, Wisconsin Public Radio - Jan 13th, 2023 11:40 am
Get a daily rundown of the top stories on Urban Milwaukee 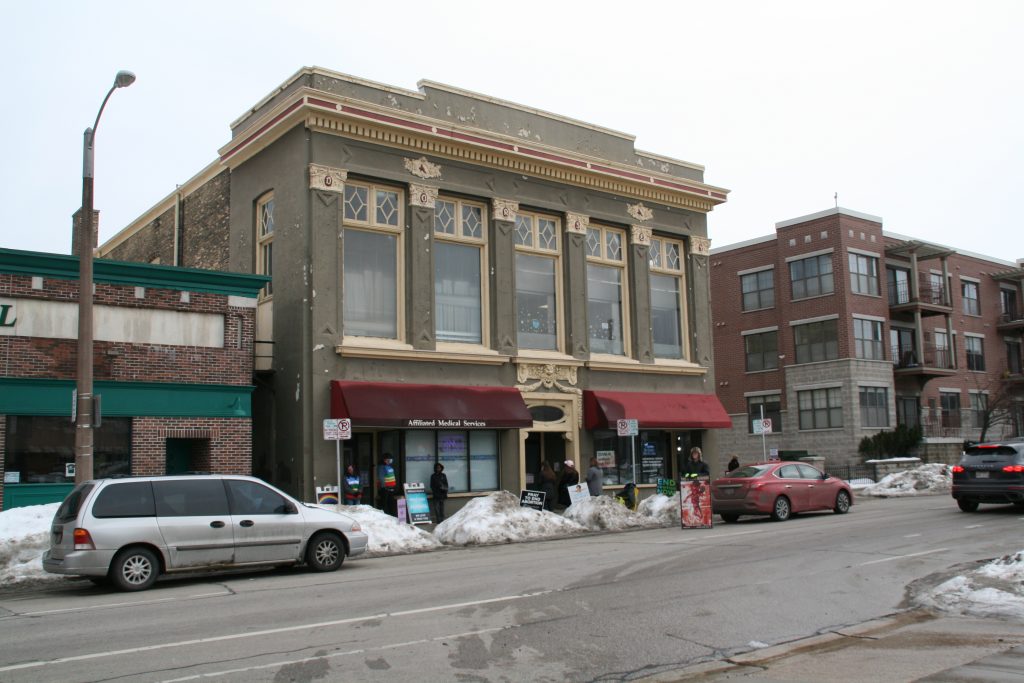 A former Wisconsin abortion provider has opened a new clinic across state lines in hopes of filling a gap for patients no longer able to receive the procedure in the state.

Dr. Dennis Christensen opened the Rockford Family Planning Center last week and has since treated a handful of people from both Illinois and Wisconsin.

Prior to opening the center, Christensen ran a now-shuttered abortion clinic in Milwaukee, and spent his career as an OB-GYN in both Madison and Milwaukee.

“It’s a little closer for them to come here than it is to go on in through to the Chicago area,” she said, adding it’s a way to make sure “women get what they need.”

“When a woman finds out that she’s pregnant, and maybe it’s about a health issue, maybe it’s about an abusive relationship they’re in. They should have the right to say, ‘OK, this is not the time for me, I need to do something,’ and we are there to help them get what they need,” Larkin said.

Larkin had previously worked with Christensen at his abortion clinic in Rockford before it closed about a decade ago. Larkin came out of retirement to join him at the new center.

“He called me in June and said it doesn’t look good for Roe v. Wade,” Larkin recalled. “And so he said, ‘Would you like to come out of retirement and open a clinic with me in Rockford?’ and I said, ‘Sign me up.'”

For her, ensuring people have access to the care they need, made returning to work an easy decision.

“I wasn’t ready to quit before, and I have a second chance to do the work that I love more than anything I’ve done in my 71 years of life,” Larkin said.

When the U.S. Supreme Court struck down Roe v. Wade, it left the legality of abortion up to individual states. In Wisconsin, that put into effect a pre-Civil War abortion ban making the procedure illegal in almost all cases.

Abortion remains legal in Illinois, Iowa and Minnesota, and while some states have attempted to make crossing state lines for an abortion illegal, lawyer Diane Welsh told Wisconsin Watch that “Wisconsin has no such law.”

Before the Rockford clinic opened, the closest options for patients seeking abortions in the southern part of Wisconsin was Waukegan, Illinois and Chicago. For other people in the state, Planned Parenthood clinics in Rochester, Minnesota and Minneapolis are the closest options across state lines.

Christensen is in the process of opening another clinic that would provide surgical abortions along with other health care services for women and members of the LGBTQ+ community. Construction is ongoing with hopes to open in April, Larkin said.

The opening of the clinic has not been without pushback from the community. Protestors affiliated with the Rockford Family Initiative have picketed for months outside of the center.

An open letter to the City of Rockford Planning & Zoning Office published on the anti-abortion group’s website said the “neighborhood will be changed for the worse if this abortion mill continues to operate.”

Requests for comment from Rockford Family Initiative were not returned by the time of publication.

For Larkin, staff and patients at the Rockford Family Planning Center do their best to ignore the protests. They also rely on what she called strict city restrictions on demonstrations.

“We tell our patients as they’re coming in that (protestors are) there so that they are not going to be surprised,” she said.

“When something goes against what is considered legal by the city, then we have a contact at the police station that we call and they come and take care of it,” Larkin added. “You know, it just goes with the territory.”

Lexy Ware is the call line coordinator for POWERS, or Pregnancy Options Wisconsin: Education, Resources, & Support, Inc. As someone who provides pregnant people with resources on abortion care and connects them with funding, she said the new clinic is a game changer.

“What that means is that people who are in earlier parts of their pregnancy, we now can refer to that clinic, and they can get the services they need much faster,” Ware said. “To have another clinic opening up that offers the services … just right over the border, I think it’s going to be so great for access for women and pregnant people in Wisconsin.”

Gracie Skogman, legislative director for Wisconsin Right to Life, said their organization’s goal is to make sure women feel supported enough to stay in the state and keep their pregnancies.

The anti-abortion group founded a coalition of Wisconsin’s pregnancy resource centers last year with the aim of increasing pre- and postnatal care for pregnant people in Wisconsin.

“Our legislative goal this year is to secure funding for pregnancy resource centers,” Skogman said. “Other states have already done that and we’re hoping to do the same here. Many centers have seen a 50 percent increase or more in women who are coming to them post Roe being overturned, it’s been a massive increase in clients and we’re trying to meet the need.”

In a statement, Planned Parenthood Wisconsin said “improved access to safe, legal abortion services for patients is a goal shared by PPWI, so we are monitoring the landscape for additional points of access and rely on abortionfinder.org for patient referral information.”