By Sarah Lehr, Wisconsin Public Radio - Jan 7th, 2023 03:49 pm
Get a daily rundown of the top stories on Urban Milwaukee 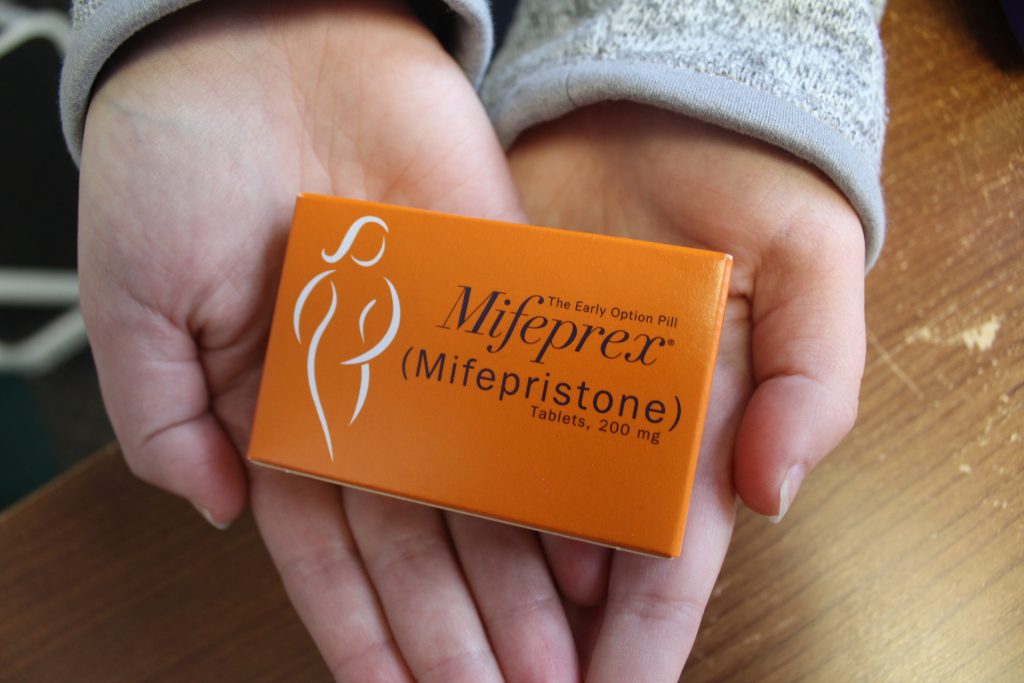 The Federal Drug Administration recently finalized a rule change that allows pharmacies to start selling a drug that’s used in abortions. But in Wisconsin, where most abortions are illegal, the effect of the change is limited.

Medication abortions are typically done within the first 10 weeks of pregnancy by taking a drug called mifepristone followed by misoprostol.

Misoprotol, which is also used for things like preventing ulcers, has been available at pharmacies with a prescription. Mifepristone had to be dispensed in-person at a clinic, hospital or medical office, although there were stretches of time when the FDA didn’t enforce those requirements because of litigation and the COVID-19 pandemic.

Under the rule change adopted this month, pharmacies can get certified to dispense mifepristone, which would make the access to the drug more convenient in many states.

Michelle Velasquez, director of advocacy and services for Planned Parenthood of Wisconsin, says the shift is significant on a national level, even though it won’t expand abortion access in Wisconsin.

“It really is a huge step in the right direction in terms of access because it’s treating mifepristone as the safe and effective medication that it is, that’s been used for over 20 years now,” she said.

Elective abortions remain illegal in Wisconsin and that includes by pills

Still, under a 19th-century Wisconsin law that once again took effect when the U.S. Supreme Court overturned Roe v. Wade, providing an abortion is a felony unless it’s done to save a pregnant person’s life. That also applies to medication abortions, or those done with pills, which are the most commonly used type of abortion in the United States.

There’s also a Wisconsin law that requires a physician to give a physical exam beforehand and then be physically present in the room when an “abortion-inducing” drug is given to a patient.

Although those laws will likely keep abortion-inducing pills out of Wisconsin pharmacies, a Wisconsin Right to Life spokesperson said the group is concerned about the FDA rule’s national impact.

“This change by the FDA will only further endanger women and take the lives of more innocent children,” Wisconsin Right to Life Legislative Director Gracie Skogman wrote in an email. “Life-threatening complications are more likely to occur when pills are taken at home without medical supervision.”

Mifeprestone is also sometimes used to help women complete miscarriages more quickly and safely, and Velasquez says the change could allow pharmacies in Wisconsin to provide the drug if it’s used for miscarriage management.

Even so, she believes pharmacies in Wisconsin are unlikely to stock the pill because of legal ambiguity.

“My sense would be that pharmacies would probably not really be inclined at this point in time to become certified to carry that medication because the law is unclear in Wisconsin and in terms of abortion, and that’s really the overwhelming use of that medication,” she said.

In a statement, the Pharmacy Society of Wisconsin clarified that while it’s illegal for Wisconsin pharmacies to provide the pills for abortions, “these drugs may still be prescribed and dispensed when used for other indications (miscarriage, ulcers, Cushing syndrome, postpartum bleeding, etc.).”

A version of mifepristone is approved for people with Cushing’s syndrome and Type 2 diabetes to block the effects of too much cortisol. And misoprostol is also prescribed to manage miscarriage, control postpartum bleeding and to make it easier to insert an intrauterine device, the long-term birth control method known as an IUD.

Some Wisconsinites are crossing state borders for abortion pills

It’s illegal for physicians in Wisconsin to prescribe abortion pills, and that’s likely true even if Wisconsin-based physicians had the prescription filled in another state, said Barbara Zabawa, an attorney specializing in health care compliance.

The FDA has clarified that, where permitted by state law, people can get abortion pill prescriptions via a telehealth appointment and then receive the pills in mail.

It’s illegal to have the pills sent to a Wisconsin address, according to Planned Parenthood, although the group has advised Wisconsin residents that they can pick up the pills in another state like neighboring Illinois, where abortion is legal.