By Shawn Johnson, Wisconsin Public Radio - Dec 9th, 2022 12:29 pm
Get a daily rundown of the top stories on Urban Milwaukee 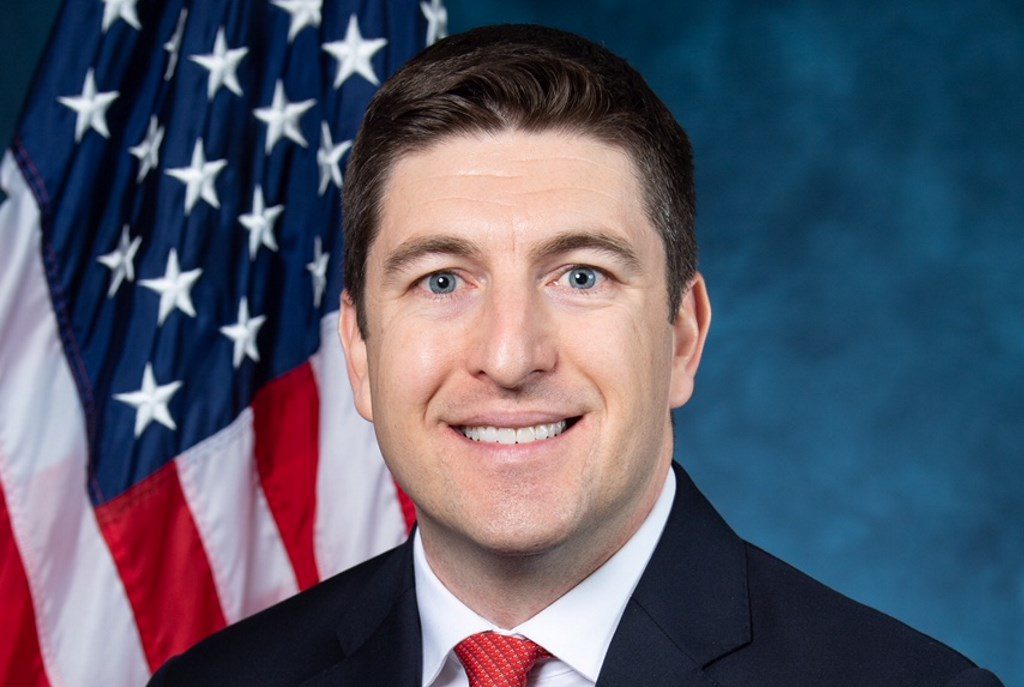 Bryan Steil. Photo is in the Public Domain.

A majority of Wisconsin’s U.S. House delegation — including two Republicans — voted in favor of a plan Thursday that would give federal protection to same-sex marriage rights.

Republican U.S. Reps. Bryan Steil of Janesville and Mike Gallagher of Green Bay were two of just 39 Republicans in the U.S. House to vote in favor of the Respect for Marriage Act. A total of 139 Republicans voted against it with one Republican recorded as present.

All 220 Democrats voted in favor of the plan, including U.S. Reps. Ron Kind of LaCrosse, Gwen Moore of Milwaukee and Mark Pocan of Dane County.

Gallagher voted against an earlier version of the plan in July but said the latest amended version of the plan had won his support. Among the changes in that amendment was a provision stating that nothing in the act shall be construed to recognize polygamy, or marriages between two or more people.

“The Respect for Marriage Act fixes the polygamy loophole in Speaker Pelosi’s hastily written version and creates strong religious liberty protections for religious organizations, including schools, churches, and adoption agencies,” Gallagher said. “It also moves more of the issue of marriage to the states — where I believe it belongs.”

In addition to voting for the latest version of the Respect for Marriage Act, Steil also voted for the one that passed in July.

“This legislation maintains the status quo on marriage, protects religious Liberty, and does not alter state law,” said Steil spokesperson Grace White in an email. “Rep. Steil previously voted in support of this bill and did again.”

Pocan, who identifies as gay, gave a brief speech ahead of the vote, saying the proposal would protect marriages like his.

“With the revised Respect for Marriage Act, denying legal recognition to any legally married couple would be so far out of the mainstream that it would actually be discrimination,” Pocan said. “And I’m sure no one here would intend to discriminate against me and my spouse as I would never against you and yours.”

The right to marriage is currently protected by a 2015 U.S. Supreme Court decision, but suggestions made earlier this year by conservative Justice Clarence Thomas suggested that ruling could be on shaky ground. Thomas, in a concurring opinion to the U.S. Supreme Court’s Dobbs v. Jackson ruling that overturned Roe v. Wade, suggested that the court’s gay marriage ruling was “demonstrably erroneous.”

“I have always fought for marriage equality — the freedom for Americans to marry who they love,” Moore said. “This right is under threat because of a radical Supreme Court and an extreme GOP agenda.”

But Rep. Tiffany, one of the Republicans who voted against the Respect for Marriage Act, suggested concerns about the court overturning marriage rights were being overblown. He quoted from Justice Samuel Alito, who wrote the majority opinion in the Dobbs decision.

“As Justice Alito noted, ‘Nothing in this opinion should be understood to cast doubt on precedents that do not concern abortion,'” read the statement from Tiffany. “It’s time to end the distractions and reverse course from the failed economic policies of President Biden and Pelosi’s House Democrats.”

The Respect for Marriage Act passed the Senate last month, where Democratic U.S. Sen. Tammy Baldwin was one of its lead sponsors. Republican U.S. Sen. Ron Johnson voted against the plan.

Majority of Wisconsin US House delegation votes for Respect for Marriage Act was originally published by Wisconsin Public Radio.