The Prometheus Trio will feature Joseph Haydn, Pyotr Tchaikovsky and contemporary American composer Jennifer Higdon in their concert next Monday night, Dec. 5, at the Wisconsin Conservatory of Music. The trio is made up of pianist Stefanie Jacob, violinist Margot Schwartz and cellist Scott Tisdel.

The trio has been working through the large selection of Haydn piano trios. Jacob says 24 of 39 have been performed.

The upcoming selection has been programmed even though some challenge if it should be listed as authoritatively written by Haydn. Haydn is credited with inventing the keyboard trio form common to Western Classical tradition, so it seems appropriate that he too experimented with the form. 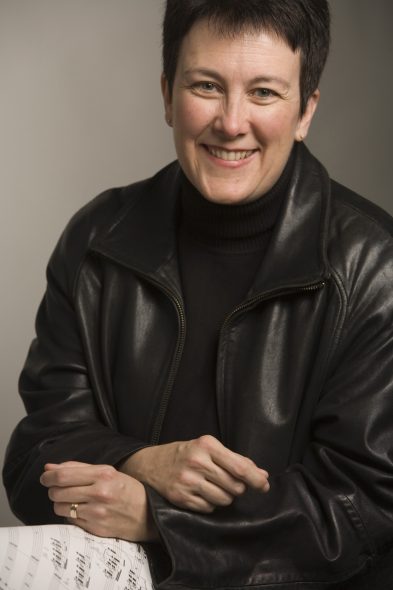 The work, Sonata in G Major, Hob XV 32 (1794), has been published as a piano sonata with supporting roles for violin and cello. It features two movements, the first a rondo country dance with increasingly complex variations and the second a fully developed allegro that Jacob identifies as an “absolutely delightful scamper.”

Modern, 20th-century works are often stereotyped by listeners, many of who have chosen to pass on the century’s offerings. This was perhaps reinforced by mid-century composers who didn’t care much about what their audience thought. These assumptions certainly do not hold for late 20th to 21st-century work, which encompasses a wide array of styles. But composers do seem to be more committed to sharing their explorations with an audience.

Writing about this evening’s selection by Higdon, blogger and pianist Holly Mulcahy suggests that, “The responsibility of living composers to produce engaging works that capture and inspire an audience only helps vitalize the art, which in turn keeps it fresh.”

Higdon has been exploring how we perceive a soundscape, even how we experience allusions to color. She writes, “I often picture colors as if I were spreading them on a canvas, except to do so with melodies, harmonies, and through the instruments themselves.” Her Piano Trio (2003) contrasts two sections, Pale Yellow and Fiery Red. The two-word titles may imply very different moods and energy. Jacob observes that “Here, the compositional building blocks are much smaller and seem constantly rearranged, almost as if an aural kaleidoscope is being constantly shaken by the composer.”

Tchaikovsky’s only piano trio, one of the most ambitious and lengthy in the entire repertoire, concludes the program. Tchaikovsky wrote little chamber music (few Russian composers of the time did) and he was particularly challenged by the idea of a piano trio. “To my ears,” he wrote, the acoustic combination of piano with violin or cello solo is completely incompatible.” But after working on the trio, Piano Trio in A minor, Op. 50 (1882), he confessed to working “with interest and enthusiasm.” Nonetheless, critic Kai Christiansen finds the result “A truly one-of-a-kind work. With its thick, rich textures, wonderful melodies, effulgent emotionality, and novel form, it is perfectly characteristic of the composer, exactly what we would want Tchaikovsky to compose.”

The heart of the trio is a lengthy set of eleven variations creatively expanded to feature a theme in a variety of compositional structures, dance rhythms, and moods. A fugue, a waltz, a mazurka, a music box, and a grand symphonic final variation reflect Tchaikovsky’s strengths as heard in his popular ballet and symphonic music.

For some concerts, a preview should explore the common thread selected for the evening. That has not been the point of the Prometheus Trio. Three works, chosen because they differ, offer the audience a balanced and interesting evening.

The concert, Monday, Dec. 5 at 7:00 p.m., will be heard in the cozy environment of the Helen Bader Recital Hall at the Wisconsin Conservatory of Music, 1584 N. Prospect Ave. Tickets may be purchased online or at the door. Complimentary parking is available at Milwaukee Eye Care, 1684 N. Prospect Ave., one block north of the Conservatory.

The Prometheus Trio will perform its third concert of the season on Feb. 13 with guest violinist Yuka Kadota.