Skylight Goes All Disney For Holidays

Is it possible to have too many good tunes? Perhaps, but the performers have pizzaz. 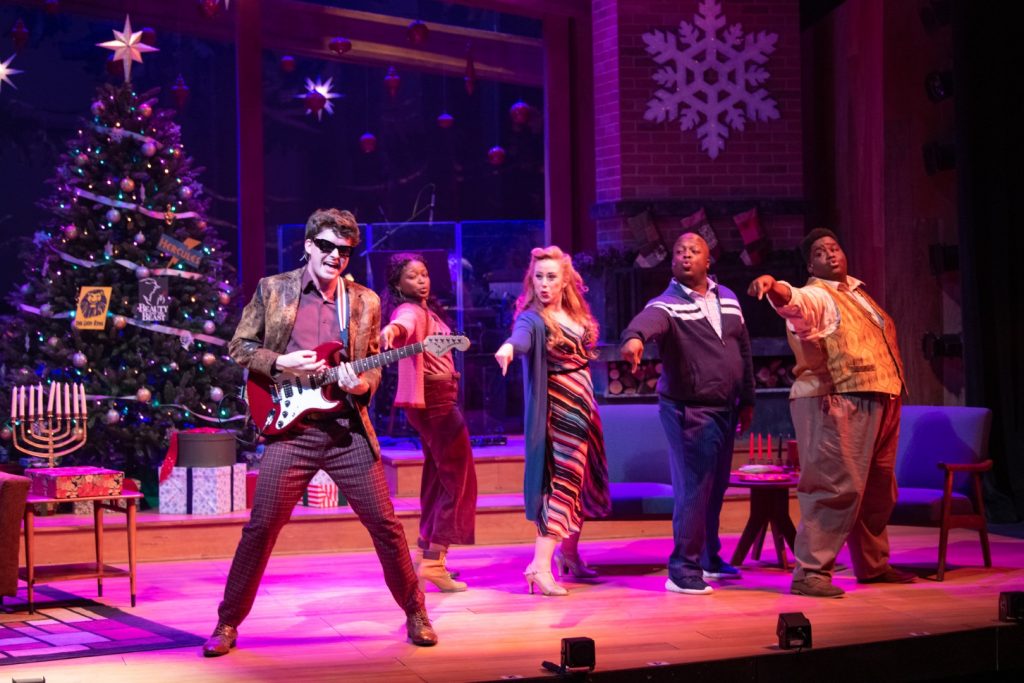 There is no ducking, no pretense in the title of the Skylight Music Theatre‘s show through Dec. 31: “A Jolly Holiday: Celebrating Disney’s Broadway Hits.” It’s an adulatory plunge into the most favored and singable selections from famous animated features and first-rate composers and lyricists (among them Alan Menken, Howard Ashman, The Shermans, Elton John, Tim Rice, Stephen Schwartz and Phil Collins). Disney nerds know some went to Broadway after (or because of) movie fame. But we all know the range of melodies to choose from and might expect that in 2022 the show will end with the most recent big hit, “Frozen.”

Five strong musical comedy performers are augmented by the singing scampering playtime maneuvers of a young chorus drawn from area schools (there are two sets of six to alternate). The visual gimmick is set designer Ken Martin’s sumptuous inviting living room with a Christmas tree to hang Disney ornaments on as the cast and young people cuddle on the couches and chairs, sometimes sneaking drinks of water to keep throats unparched or wiping brows with handkerchiefs – let’s not pretend all that singing and dancing is easy work.

In the back of the sofas and the flickering fireplace is the band behind glass as it were – polished veterans under keyboardist Christie Chiles Twillie who know when to step out and when to gently underscore the singers.

This is the first regional outing for a show previously done at the Paper Mill Playhouse in New Jersey. Sandy Rustin has fashioned a book that chooses wisely from the Disney repertoire – not all the songs are famous but all lend themselves to her idea. Her dialogue for the cast is sappy and assumes our acceptance, as if the holiday times or the Disney originals require the sentiments. Perhaps some of that sense of familiarity is justified, since generations of children have grown up with this music.

So, Rustin jokes with the audience about what Disney means to their holiday mood. She encourages the cast (as does Skylight artistic director Michael Unger) to wrap up each song package in a final bow, a pose, a kiss, a grin or a hug among friends, punctuating every outing with a razzle-dazzle moment.

It’s an obvious ploy if polished to a fare-the-well. Why else is the audience there? And why have so many parents and grandparents brought along their small kids (over 5 please, and even then they actually may squirm a bit since normally they can dance maniacally in their own living rooms)?

Unger and accomplished choreographer Tara Jeanne Vallee keep the tunes rolling and the punches generally landing. As long as we recognize what it is, it is professionally done.

But it also exposes the Disney method and magic when you put back-to-back the way the songs end in the big notes and play with words along the way. It’s fun when the youngsters onstage help spell “Supercalifragilisticexcpialidocious” backwards. It’s enjoyable when Mary Poppins is right next door to “Bare Necessities” and “Under the Sea,” but it doesn’t enhance the power closings and vocalized emotions of actual musical theater when the high moments follow each other one after the other. Once they felt intrinsic to an unfolding story or character. Here they are just a heightened frolic, an echo of our personal Memorex of Disney tunes.

With that caveat, let’s hear it for the performers. Not only just the children who are dutiful, attentive and integrated into the social fabric (you keep feeling they would love to cut loose a bit more).

But some of the performers have thrilling moments. One, Daryn Alexus, is relatively new to the Skylight and has the looks and soulful sound to go far. The others are more familiar names — particularly Shawn Holmes whose comic flair and big baritone make him the show’s emcee by default. He delights the crowd in outings like “Hakuna Matata” (The Lion King) and “Under the Sea” (The Little Mermaid).

Joel Chelius is asked to show off his higher tenor notes in outings like “Santa Fe” (Newsies) and his rock-star sense of humor. Samantha Sostarich provides, as she often has at the Skylight, the anchoring soprano energy.

And while Kevin James Sievert shares with this company the ability to power us into silence with the big notes, he also displays an easy modulated sense of musicality that makes his duets with Alexus particularly inviting. Notably in the song, “A Whole New World” (from Aladdin). 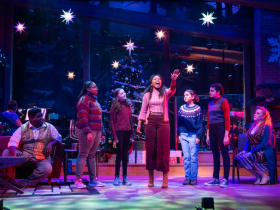 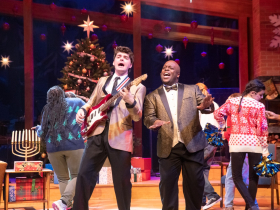 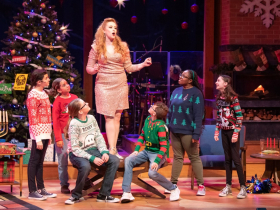 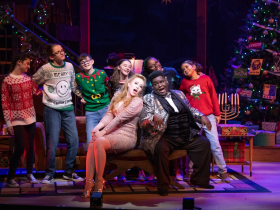 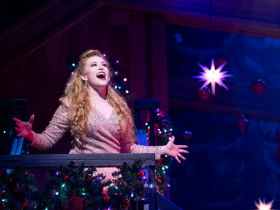 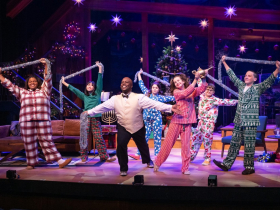