Citizens group representing 'no political party’ calls for fairer maps than those submitted. 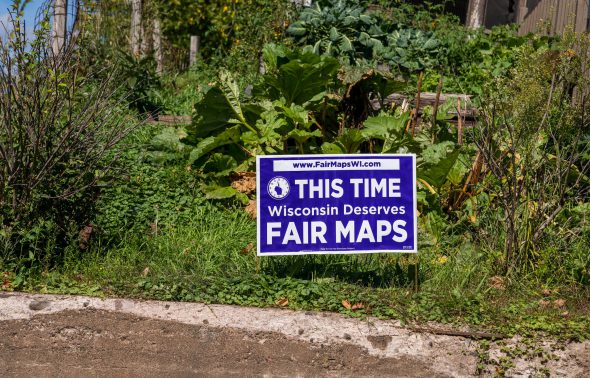 With just months remaining before the 2022 election cycle begins in earnest, the court battle over Wisconsin’s new political maps continued on Tuesday as voters and Republican members of Congress attempted to sway how the state Supreme Court will draw new districts.

On Tuesday, a group of 36 “concerned voters” from all 33 state Senate districts filed an amicus brief in Johnson v. Wisconsin Elections Commission seeking to show that citizens from across the state and with differing political views want maps that are fair and allow equal representation for all Wisconsinites — conditions they say aren’t met by the current maps or the ones proposed by legislative Republicans.

“The Concerned Voters of Wisconsin further bring a unique perspective to this case — that of everyday Wisconsin voters,” the voters’ attorney, Joseph Goode, wrote in the motion to the court seeking to have the brief accepted. “They represent no political party, and indeed are from both major political parties as well as independent voters, with differing levels of political engagement. Although some are affiliated with organizations, they come before this Court as individual voters expressing their personal views. They are not in power seeking to stay in power, nor are they out of power seeking to be in power. They are not being paid for what they do. Even their lawyers are working pro bono to ensure their voice is heard. The only benefit these amici seek is the same benefit they ask for everyone living in Wisconsin: a just and representative government.”

“And their only motive is to be a true ‘friend of the Court,’ providing additional perspective while it wrestles with redistricting in this original action, a challenging exercise critical, in the view of the movants, to the survival of our republic,” the motion continued.

When the Supreme Court decided to accept the redistricting case, the court’s conservative majority wrote that it wants new political maps that follow a “least change” approach, meaning that the new maps don’t differ greatly from those already in place — which are among the most gerrymandered political maps in the country. The court also stated that it wouldn’t make political considerations as it decides the new political boundaries and won’t take the partisan makeup of districts into account. In their brief, the concerned voters argue that the maps proposed by Republicans don’t follow the court’s stated ideal and instead work to protect incumbent representatives.

The voters say that drawing maps to protect incumbents is itself a political consideration and violates the court’s stated intentions.

The Wisconsin Institute for Law & Liberty, which is representing the voters who initially brought the lawsuit in state court, has proposed that the Supreme Court use a “scorecard” system to assess the merits of maps proposed by the parties involved. In their amicus brief, the concerned voters say that a scorecard oversimplifies the redistricting process and ignores the complexities of drawing maps and the nuances of the relevant federal laws, including the Voting Rights Act.

“The Court cautioned the parties to use a least change approach, ignore partisan makeup of districts, and heed the law to resolve a dispute between two branches of government. Petitioners and the Legislature have failed in that task,” the brief states. “When it suits their purpose, they violate the Court’s “least change” approach, take the Court into the political arena, and encourage it to use a “scorecard” in a manner that obfuscates the most important necessary decisions.”

Ultimately, the group of concerned voters agree with progressive groups and the state Democratic party that this case should be decided in federal court rather than state court, but if the state court is going to decide anyway, the voters say the maps and methods proposed by Republicans and their allies shouldn’t be accepted.

“For the reasons set forth herein, Concerned Voters ask this Court to reject SB621 along with Petitioners’ application of their scorecard; and, recognizing the specialized expertise required for this inherently complicated task, invite the federal court to take jurisdiction over this dispute for appropriate fact-finding and decision-making,” the brief states. “If the Court retains jurisdiction, it should clearly articulate how it prioritizes the redistricting criteria in reaching its decision.”

Also on Tuesday, the court made a ruling involving the state’s Republican members of Congress, who have intervened in the case. The representatives filed a motion seeking to modify the maps that they submitted in the case, a move that previous court orders allow but may require the approval of all other parties in the case.

The court ordered that the representatives’ motion will be suspended until all other parties, which include Gov. Tony Evers and Republicans in the Legislature, have filed responses on whether or not they believe the modified maps will be allowed.

The responses from the parties must be submitted by noon on Wednesday.