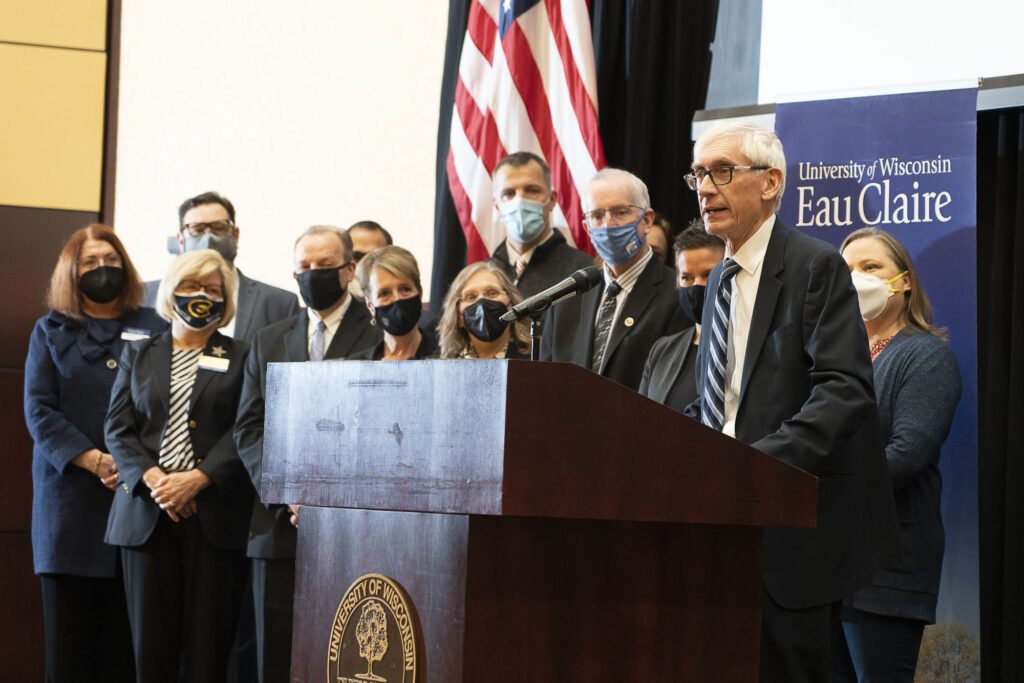 Programs to train manufacturing skills, expand the health care workforce and provide skills training to people in prison as well as support after their release were some of the projects that will share in nearly $60 million in state grants awarded Tuesday to address workforce challenges underscored by the COVID-19 pandemic.

“What the pandemic really revealed was what we thought were individual problems were really much larger than that,” said Missy Hughes, secretary and CEO of the Wisconsin Economic Development Corp. (WEDC), in an interview. “And so we need real investments to try to solve them.”

“Wisconsin has one of the lowest unemployment rates in the country and we have high labor participation, but our state faces long-standing workforce challenges that existed for years before the pandemic,” Evers said. Because no one solution fits every part of the state, he added, the grant program was designed “to encourage regions and communities to develop cutting-edge, long-term solutions to the unique workforce challenges they face.”

The grants are part of a $100 million package that WEDC and the Evers administration established to address substantial workforce gaps around Wisconsin.

The administration is spending another $30 million for programs through DWD: $20 million for subsidized transitional jobs to train workers and $10 million to support navigators in a pilot program to help people in two regions of the state who have faced obstacles in staying connected with work. The full $130 million comes from the state’s share of the American Rescue Plan Act (ARPA), the federal pandemic relief bill that was enacted in late March.

The technical college was awarded up to $10 million for a project to provide training in metal fabrication skills in the college’s 11-county territory. The project will include outreach to prospective trainees, short-term training and multi-purpose training centers and mobile labs that local high schools as well as employers could use. It will include a rural focus.

UWEC was awarded up to $9.4 million for projects to provide training in health care, education and social services. It includes a partnership with the Mayo Clinic Health System of Northwestern Wisconsin to train more nurses for the region. It also includes partnerships with local school districts and social service organizations to place students in education and in social work in rural communities with a goal of encouraging them to stay and establish their careers there.

The University of Wisconsin Prison Education Initiative was awarded up to $5.7 million to teach work skills to incarcerated people during their term in prison and continuing after their release with career placement help.

In Green County, the Green County Family YMCA was granted up to $3.7 million to help build a day care and preschool wing as well as a new youth development wing.

The difficulty in getting child care has been widely identified as a key roadblock to hiring more people that the pandemic has accentuated. Other programs that received grants included training for child care workers in Madison and surrounding counties and support for child care center operators in Door County.

The proponents of projects centering child care reason that “if we are able to build out our child care system, so that everyone has access to affordable, quality, safe child care, then that’s a problem that is solved,” Hughes said.

All 12 winning projects involved collaboration among several agencies, businesses and organizations in their regions. They were also distinctive to the regions that produced the applications, she said.

Collaboration was a high priority for WEDC when it invited applicants. “When I traveled around the state before the pandemic hit, everybody was talking about workforce [shortages],” said Hughes. “But everybody had a different idea on how to solve it — whether it was talent attraction, or skill-building, or entrepreneurship. What really struck me was that folks needed to get together and decide what was most important.”

While funded by a one-time grant, the projects also are designed from the start to develop long-term support, she said, with the applications including an explanation for making them sustainable over the long term.

With more than $40 million remaining in the innovation grant program, another round of grants is planned for 2022.

WEDC will be following up with the grant recipients as they report on their projects along the way. Hughes said that at the three press conference announcements, “there was a palpable sense of excitement,” Hughes said,