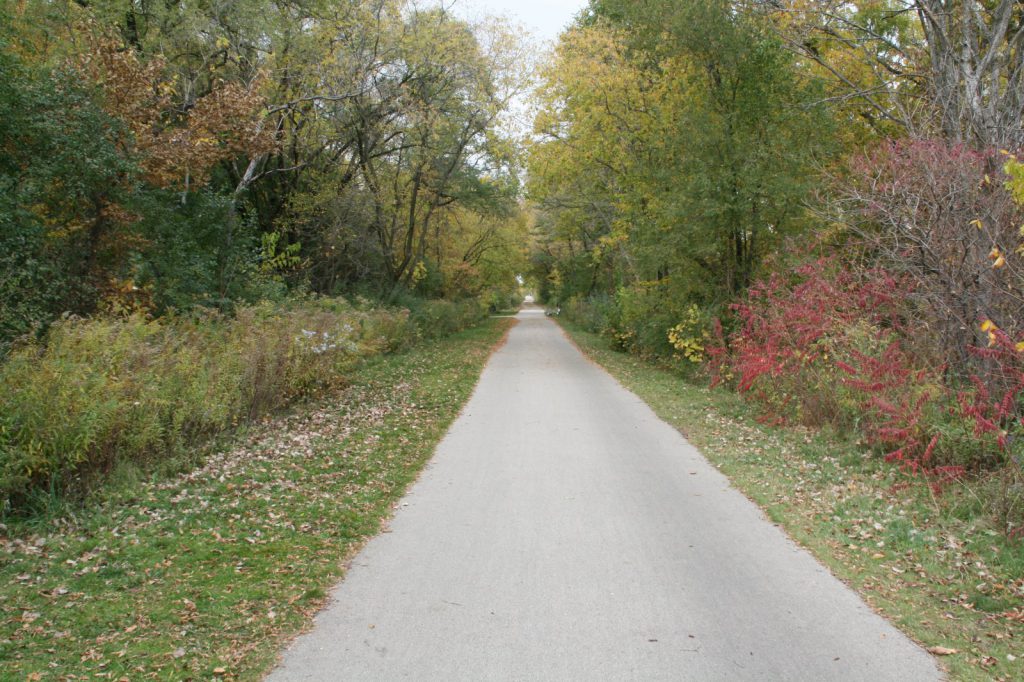 Wisconsin state legislators are preparing for the possibility that an unprecedented amount of federal funding will be available to invest in trails and bike and pedestrian infrastructure.

On Tuesday, the Legislature’s bipartisan Trails Caucus met with staff from Rails to Trails Conservancy, a nationwide trail advocacy organization, and the Wisconsin Bike Fed, to discuss a new wave of federal funding for transportation infrastructure that is coming.

The caucus was created in 2018, and is chaired by state Representatives Evan Goyke (D-Milwaukee) and Tony Kurtz (R-Wonewoc).

The Infrastructure Investment and Jobs Act was recently signed into law by President Joe Biden. It’s the first piece of the president’s Build Back Better legislative agenda to clear Congress.

The legislation included a major increase in funding for the main federal grant program for trails and pedestrian infrastructure, one which has been successfully used by Milwaukee County to maintain its network of trails. The Transportation Alternatives Program (TAP) will see its annual allocation grow from approximately $850 million to more than $1 billion annually.

Kevin Mills, Rails to Trails vice president of policy, told the caucus the infrastructure bill “is going to provide far-reaching opportunities” for states and local governments to expand and improve bike and trail infrastructure. But the federal funding will be disbursed largely through a competitive grant process, like TAP.

Two other programs will be the main sources of infrastructure funding for trails in the coming years, and these include the Recreational Trails Program and the new Active Transportation Infrastructure Investment Program. This second program is brand new, and the bill authorizes approximately $200 million a year, but doesn’t guarantee the funding.

This grant funding would still need to go through the federal government’s appropriation process, which requires the House of Representatives and the Senate to pass appropriations bills funding government operations.

Get a daily rundown of the top stories on Urban Milwaukee
These grants will be targeted to projects that connect existing infrastructure. An example of such a project in Milwaukee is the proposed 30th Street Rail Corridor project which would build a trail that connects to the larger network of off-street trails in Milwaukee County.

The Recreational Trails Program is funded through fuel taxes and is administered in Wisconsin by the Department of Natural Resources. Many federal grants, including TAP, are administered by state agencies. The trails program funding stays at approximately $84 million a year.

Still, Mills said, “This is on a totally different scale than in the past” with all funds combined.

Rep. Kurtz said the new funding and programs provide a “huge opportunity for our state if we can use this money in the right way.”

Brian Housh, Rails to Trails Midwest policy manager, told the caucus that updating the state’s trail plan would be an effective way to bring policy makers, constituents and various government agencies into the loop of trail infrastructure ahead of the federal funding becoming available.

Kirsten Finn, Executive Director of Wisconsin Bike Fed, noted that her organization has members in every county, and that a council of advocates representing the entire state was being put together to connect local communities to state policy makers and resources that could help them write viable grant proposals.

That last part, the competitive granting process, is an area that caucus members pointed to as a potential problem for smaller communities, like rural towns and villages, that may not have the personnel to write competitive grants, or even know what grants to go after, for trail infrastructure projects.

Mary Ellen Koontz, manager of trail resources for Rails to Trails, told the legislators that other states are hiring grant writers to assist local municipalities and counties with the competitive grants process.

Both Milwaukee County and the City of Milwaukee maintain extensive bicycle and pedestrian infrastructure. Milwaukee County Parks and Milwaukee County Department of Transportation (MCDOT) already often rely on state and federal grants to make improvements or repairs to the area’s trail network. This boost in federal funding for grants creates a unique opportunity to invest in and possibly expand the trail system in the Milwaukee area.