Nov. 21 Is Deadline For Raking Your Leaves 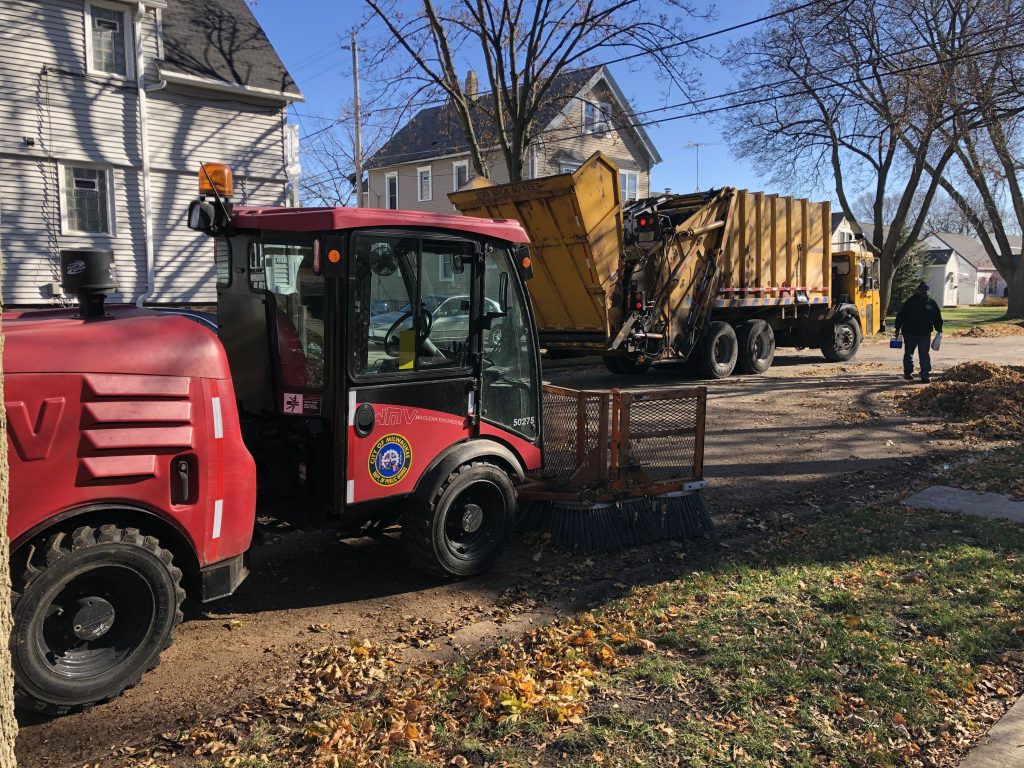 A Department of Public Works crew picks up leaves in Bay View in Nov. 2020. Photo by Jeramey Jannene.

Milwaukee residents have until Sunday, November 21 to rake leaves into the street for Department of Public Works pickup.

The annual leave rakeout was extended one week to allow for late dropping trees.

Leaves should be raked into piles one foot from the curb. Yard debris, including flowers, garden trimmings and weeds, should be included atop any leaves. But grass clippings, pumpkins, litter and bagged material should not be included.

The process is primarily intended as a public health benefit. It keeps phosphorus and other heavy nutrient loads out of the water system. It also keeps leaves and other yard waste from clogging the sewer system. The city mulches the leaves it picks up.

What if you don’t make it by the 21st? Legally speaking, that’s considered littering. And though the city might not ticket you, your neighbors might not appreciate a frozen mass of leaves blocking a potential parking spot all winter.

Following the deadline, DPW will send its equipment around for one final pass of the city’s streets.

Getting Ready For Snow

And while the lack of snow might have kept more leaves on trees longer, it’s benefitting the city in another way. DPW has hired more plow drivers and laborers.

In September, DPW director of operations Danielle Rodriguez said the city was short 85 drivers and laborers from its approximately 350 authorized positions.

That shortage is now down to 53 workers. “We are still hiring drivers. We are having a few trickle in a week,” she said to the Public Works Committee last week.

It’s also boosting the salary of its lowest-paid drivers by $5,400.

“We have reconfigured some of our operational details and we think it’s going to be a pretty productive snow season,” she said.