Gomyo Sizzles With The Symphony

Violinist’s performance could be the best I’ve ever heard by an MSO soloist. 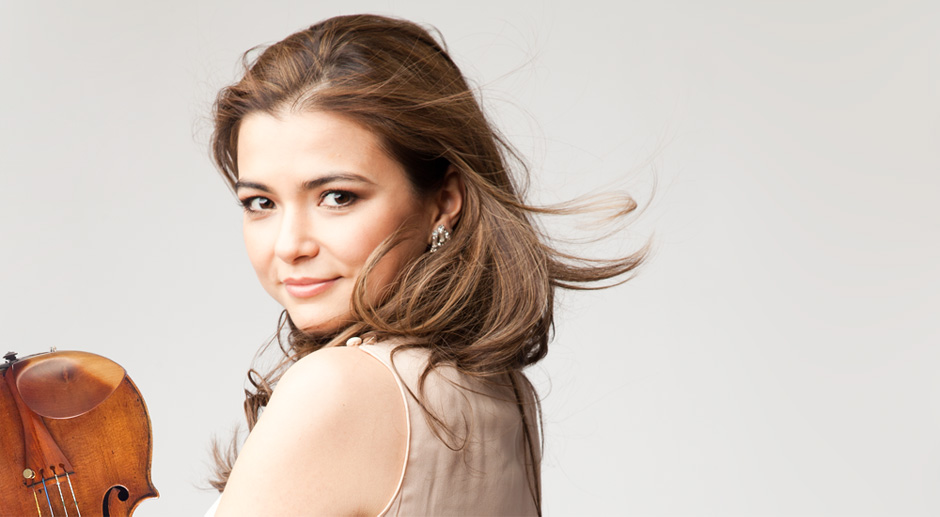 I arrived almost late to the Symphony’s concert on Friday evening. In the past I would have been running madly down Juneau Ave. or Water St., but this time my hurrying took me past Zeidler Union Square on Michigan Ave. Even in a rush, I enjoyed the novelty of a new route. From my seat in the center orchestra section I could admire more of the decorative work on the front walls, and, more importantly, the orchestra itself and have a clear view of a soloist. Tonight I had come mainly to hear Dmitri Shostakovich’s Violin Concerto No. 1, which I predicted would hit the unsuspecting audience like a tornado.

But the concerto would have to wait till the second half. First on the program was Nino Rota’s Concerto for String Orchestra, unfamiliar to me. Rota, mainly known for his film music, created something special in this piece. The opening movement was full of tension, churning through a series of distant modulations that suggested a dark revelation. It was hard to not to think of it in film-score terms. The second movement scherzo was more relaxed and elegant but some darkness carried over from the first. Guest conductor William Eddins created an attractive presentation of this movement in particular, letting the melodies worm their way into our brains. He got a silky sound out of the group in a B section of buoyant mystery. By the third movement, the music started to sound like Shostakovich, and I recognized some cleverness in the programming. The Andante ended with an arresting fade out, giving way to a finale of manic, grotesque energy. This was a final confirmation of both the great complementary programming and the strength of the Rota. What a discovery!

The concert had been advertised under the banner of Fountains of Rome, the next piece. In my negligence I had mixed this up in my head with Pines of Rome and was preparing to banish mental images of flying whales from Fantasia 2000. An innocent mistake. Maestro Eddins coaxed beautiful playing from the orchestra in this piece. In the first movement, when an oboe/cello duet dissolved into sparkly chimes and strings, I could almost feel the audience sigh. The Triton Fountain movement projected feelings of great wellbeing at its peak, and then The Trevi Fountain featured thrilling brass that boomed into the hall. A comedown after one of the late climaxes sounded slightly messy ensemble-wise, but it was one of the only hitches of the evening. The work concluded beautifully in the Villa Medici Fountain movement, with gentle chimes tolling over a pad of strings. There’s something about the way the blooms of music hit you in a live performance that no recording can replicate.

In the Shostakovich concerto, violinist Karen Gomyo showed herself to be a confident and mature performer. In the slow, melancholy opening Nocturne, her performance was completely convincing, every note delivered with conviction. Her dynamic contrasts and choice of tone (a Hilary Hahn-esque laser beam) helped to sell the movement. Then in the sarcastic Scherzo, she leapt to life, her violin snarling through the material. For the third movement Passacaglia, she brought another character, a sweeter tone than in the first movement, before ratcheting up the tension.

There’s a reason for the darkness of Shostakovich’s music. He, like many other Soviet artists, was censored by the state and restricted in his expression. This concerto was a reaction to a new wave of Stalin’s art censorship in 1948, and he hid the score in a desk drawer until after Stalin’s death. The cadenza following the Passacaglia movement seems to me one of the most personal, heart-on-sleeve utterances in his output and it was these five or so minutes of violin solo in front of a hushed orchestra that I most looked forward to tonight. Gomyo’s account of this music was spectacular, everything I hoped for and more. She nailed every technical obstacle, dug in with abandon, and executed this magnificent monologue in all its loneliness, anxiety, and white-hot intensity. And she did this all while her mask kept pushing further up her face, almost covering her eyes entirely.

The closing Burlesque started with some mild togetherness issues in the offbeats but recovered to lead to a rousing finish. The audience roared. I was left simply in awe of Gomyo’s performance, probably the best I have heard by a soloist at the Milwaukee Symphony. Her technical mastery and depth of interpretation perfectly meshed to create something special and memorable. Despite extended applause, she did not offer an encore, and I was fine with that. It left Shostakovich’s vision as the last in our memory as we all filed into the fresh new corridors of Bradley Symphony Center.