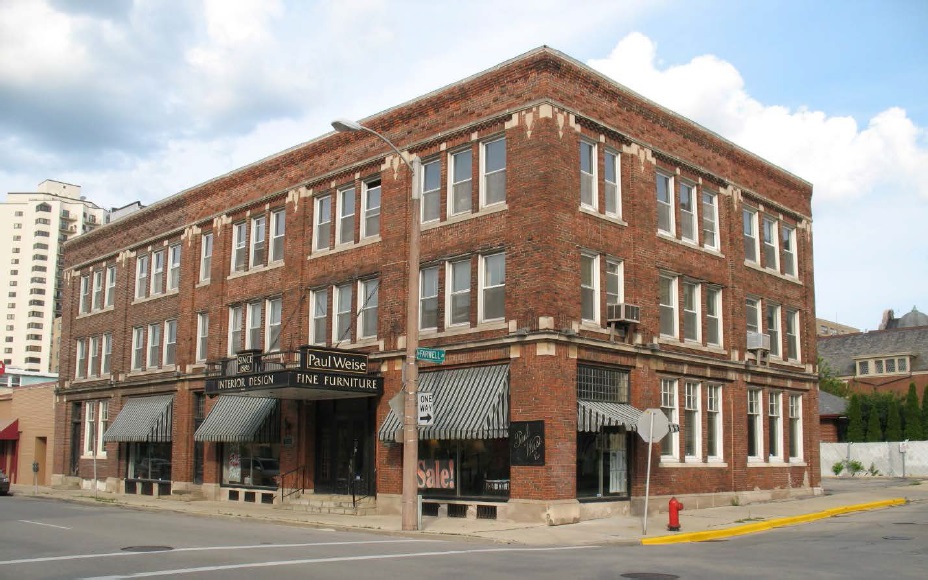 An investment group led by Illinois-based real estate investor Samuel Grossman acquired the Paul Weise Furniture Building for $900,000 and will convert the building to high-end apartments as part of a $3 million project.

It’s just the latest investment on Milwaukee’s East Side for Fairchild Acquisition, but it marks a notable change. Instead of rehabilitating an existing apartment building, Fairchild will be changing the entire use of a structure.

But Grossman doesn’t think it’s a big deviation from his plan to build an East Side portfolio.

The three-story, 15,300-square-foot building was built in 1903 for the furniture store. It was designed by famed Milwaukee architect Alexander Eschweiler. The store specialized in high-end end furniture first for the nearby mansions, and later for the condominium and apartment towers that replaced them.

But in 2017 it faced an uncertain future. A conceptual proposal surfaced to potentially demolish or substantially alter the building. The structure, as a result, was locally designated as a historic building. The designation does not prohibit demolition, but makes it substantially more difficult.

Building owner and business operator Steve Stein, along with investor Paul Carl Weise Jr., ultimately didn’t move forward on that plan. The store closed in October. The building is assessed for $414,100.

Get a daily rundown of the top stories on Urban Milwaukee
Grossman, who grew in Fox Point, will now attempt to create 11 residential units in the building. Any exterior alterations will be subject to Historic Preservation Commission.

“I’m not knocking it down,” said Grossman. His proposal would not rely on historic preservation tax credits, but he said he intends to honor the history of the place.

He said his family is almost as connected to the area as the Weise family. The first job for Grossman’s grandfather was a paper route in the area and the real estate investor has many childhood memories in the area.

Milwaukee-based broker Nathan Glaisner of Verde Investments, represented Fairchild on the acquisition. Glaisner has served as the broker on all of Fairchild’s Milwaukee acquisitions.

It has a goal of building a portfolio of 200 apartments in Milwaukee, targeted primarily at the area between UW-Milwaukee and E. Ogden Ave. The firm lets leases lapse and then modernizes the units, giving them “condo-style” finishes and pushing them up-market in an effort to attract non-student residents at a higher price point.

“We believe in creating value in buildings by modernizing the interiors, while maintaining the historic look of the exterior and the balance goes along with it,” said Grossman in an April interview about his vision.

The firm anticipates selling the portfolio after five years. It has begun liquidating a portion of its Edgewater neighborhood portfolio in Chicago.

The Paul Weise project is expect to be completed in late 2022 or early 2023. A team led by a local contractor and architect is being finalized said Grossman.

What’s next? Grossman told Urban Milwaukee that his firm has two properties under for contract by the end of the year.