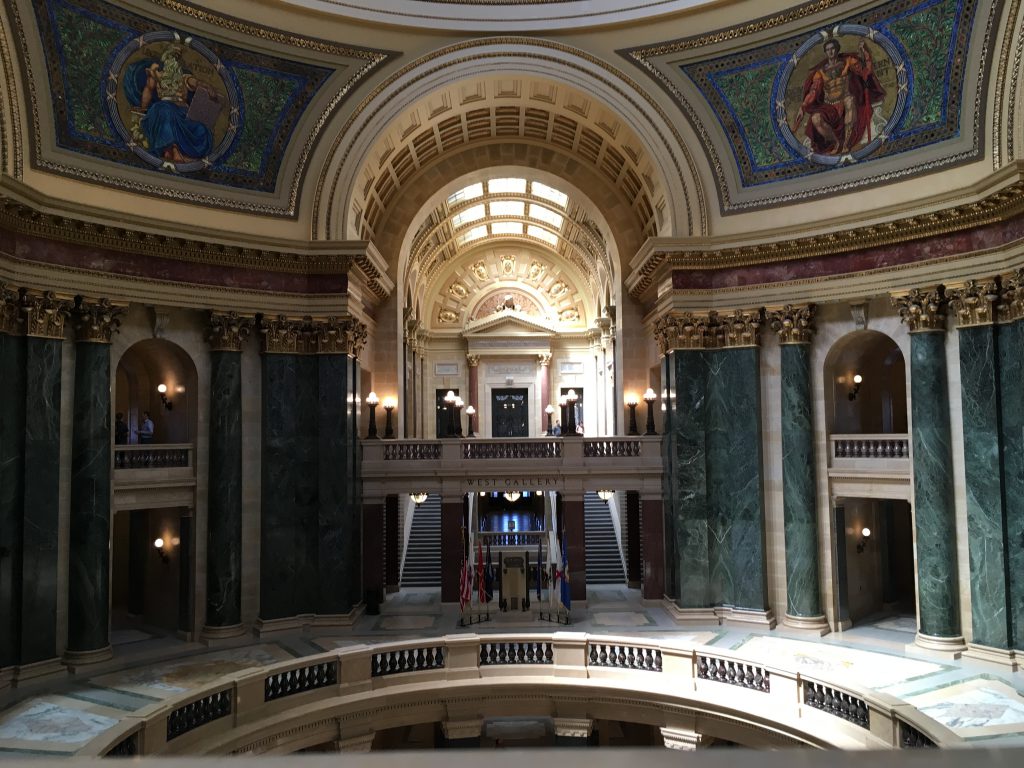 The legislation would only apply to workers who are not covered by the federal Fair Labor Standards Act (FLSA) — including those with annual revenues of less than $500,000 and those that don’t engage in interstate commerce.

Under the bill, SB-322, Wisconsin employers that are exempt from the FLSA could schedule teens younger than 16 to start work at 6 a.m. Those employers could schedule them until 9:30 p.m. if the next day is a school day, and until 11 p.m. if the next day is not a school day. The bill would also require that 14- and 15-year-old employees who work past 10 p.m. must have at least eight hours between shifts.

“Kids should be doing their homework, being in school instead of working more hours,” said Sen. Bob Wirch (D-Somers) as the Senate prepared to vote Wednesday. With the extended weekend hours, “there’s going to be curfew violations if [employers] follow this bill, working until 11 o’clock,” he said. “So I oppose this bill. And I think it sends us in the wrong direction.”

Wirch was the only lawmaker to speak on either side of the legislation Wednesday. When he finished, Sen. Chris Kapenga, the Senate president, called a voice vote.

“All in favor?” Kapenga said, and the calls of “aye!” followed. “All opposed?” Not waiting for the answer, he raced ahead with “The ayes have it” while a chorus of “No!” overlapped his verdict. “The ayes still have it,” Kapenga said, moving on to the next bill.

Because public hearings have been held in both chambers, the Senate bill would be eligible to go to the Assembly as soon as next week, when that chamber has two floor sessions scheduled.

The League of Women Voters of Wisconsin and the Wisconsin AFL-CIO have both registered in opposition.

At a public hearing in June before the Senate Labor and Regulatory Reform Committee, Sen. Mary Felzkowski (R-Irma) and Rep. Amy Loudenbeck (R-Clinton) framed the legislation as a way to help small businesses across the state. They singled out restaurants and golf courses, which staff up, often with teens, to cover the summer tourism influx.  “As it stands now, current law hamstrings employers by limiting work hours for when a minor may work,” their testimony stated.

The owners of a pair of ice cream stores and a miniature golf course in Tomahawk provided testimony at a Sept. 29 public hearing on the Assembly version of the bill, AB-324. The couple, Rod and Kay Berg, told legislators that the current requirement to end shifts at 9 p.m. in the summer for 14- and 15-year-olds “puts a burden on the remaining teens we employ as they bear the brunt of the work” after closing at 9 p.m., cleaning up, restocking and preparing the business for the next day.

At the Senate hearing June 16, Wisconsin Restaurant Association president Kristine Hillmer testified that the lobbying group favored the bill’s basic objectives while recommending some changes to simplify the proposal. Those were not adopted, however.

But she also told lawmakers that Wisconsin rewrote its child labor laws to match the FLSA a decade ago because many employers were already subject to the federal standard without knowing it.

“Very few businesses have employees that are not under federal labor law requirements,” Hillmer stated. For example, employees who receive credit card payments from customers or those who unload and put away supplies are, by those actions, involved in “interstate commerce” and therefore would be protected by the federal law.

When she testified against the legislation at the Assembly’s September hearing, Stephanie Bloomingdale, president of the Wisconsin AFL-CIO, also drew attention to the prospect of different state and federal standards. In place of confusion, however, she focused on questions of fairness.

Senate votes to extend work hours for some teens under 16 was originally published by the Wisconsin Examiner.