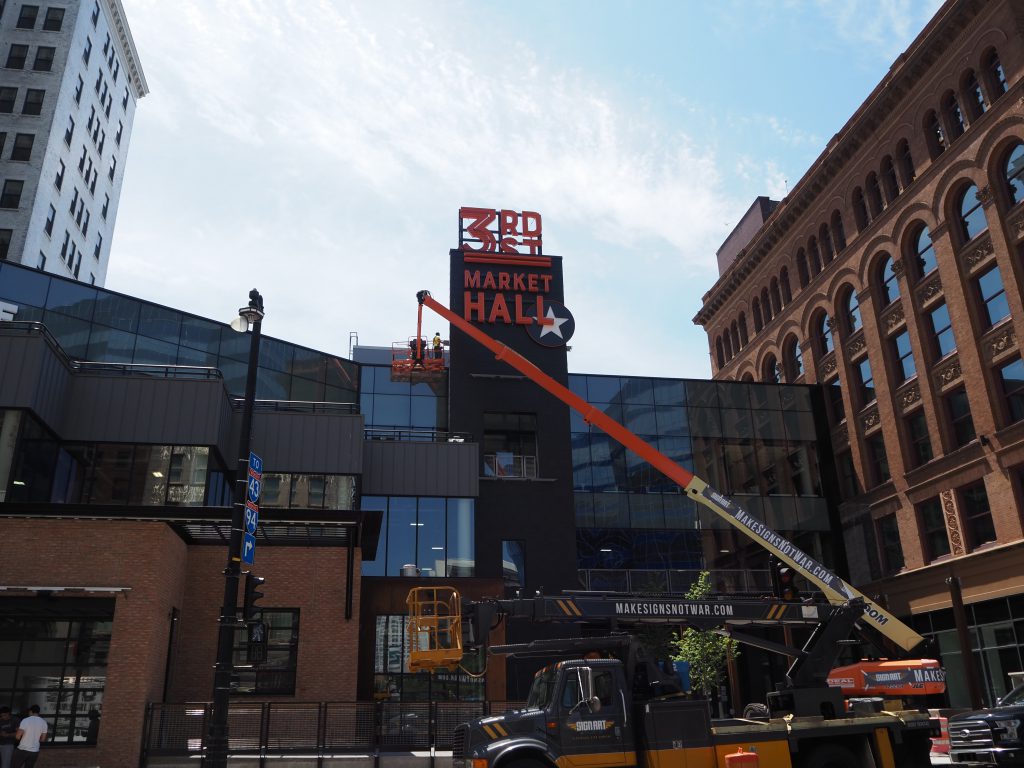 The developers of The Avenue are landing new office tenants faster than the former Shops of Grand Avenue owners lost retail tenants.

The mall, 275 W. Wisconsin Ave., spent much of the past 15 years losing retailer after retailer, and now a redevelopment project is successfully attracting entirely different types of tenants.

Herzing University announced Monday it will relocate its headquarters to the facility. It marks a move back to the neighborhood for the nonprofit institution.

“We’re proud of our 56-year history in the Milwaukee area and look forward to building even stronger partnerships with local and regional business leaders at our new location,” said Herzing president Renee Herzing in a statement. “We love being part of the energy in Milwaukee’s growing Downtown, and know that locating in the heart of the city will make it easier for employees, partners and students to engage with us.”

The university is leasing 22,000 square feet of space, including a private balcony overlooking Wisconsin Avenue. It will relocate approximately 180 employees to the space in the first quarter of 2022.

It’s the second such announcement in the past month. TEMPO, a women’s professional organization, announced the lease of 2,500-square-foot office space last month.

In June, Good Karma Brands announced it would relocate its flagship WTMJ radio station as well as its ESPN Milwaukee radio affiliate and newly-launched 101.7 The Truth station. Studios will be located on the first floor with offices above. The media company is also relocating its corporate offices to The Avenue.

Get a daily rundown of the top stories on Urban Milwaukee
The new tenants will join anchor tenant GRAEF, an engineering firm that occupies the redeveloped food court on the third floor, as well as Milwaukee Downtown – Business Improvement District #21 and the Metropolitan Milwaukee Association of Commerce.

Back in 2015, Herzing sold its downtown campus, 525 N. 6th St., to Marquette University for $1.47 million as part of a relocation to Menomonee Falls. Marquette acquired multiple parcels in an attempt to develop a sports and human performance center just southwest of the then-dying mall. But that project was ultimately canceled.

About The Avenue Redevelopment

In addition to the former mall, the partners have purchased attached buildings or condominiums, including the Matthews Building, 301 W. Wisconsin Ave., and Majestic Lofts Apartments, 225-233 W. Wisconsin Ave. The low-income housing tax credits covering the apartments expired after 15 years and the occupancy rate plummeted as a result. The new owners are now renovating the building, but said they will attempt to preserve it as lower-cost housing.

The partners also acquired a portion of the attached ASQ Center.

The 3rd Street Market Hall, a food hall on the complex’s first floor, is expected to open soon.

The Plankinton Clover Apartments, another part of the mall’s redevelopment, occupy the second floor of the attached Plankinton Arcade building. The first floor of that building is still available for retail tenants and most of it is occupied by TJ Maxx and Foot Locker.

The arcade building’s upper floors, not owned by The Avenue development group, are also undergoing redevelopment. Kendall Breunig is expanding the number of apartment units in the building by 22. The fourth floor, long home to the downtown YMCA branch, could also be converted to 50 apartments.