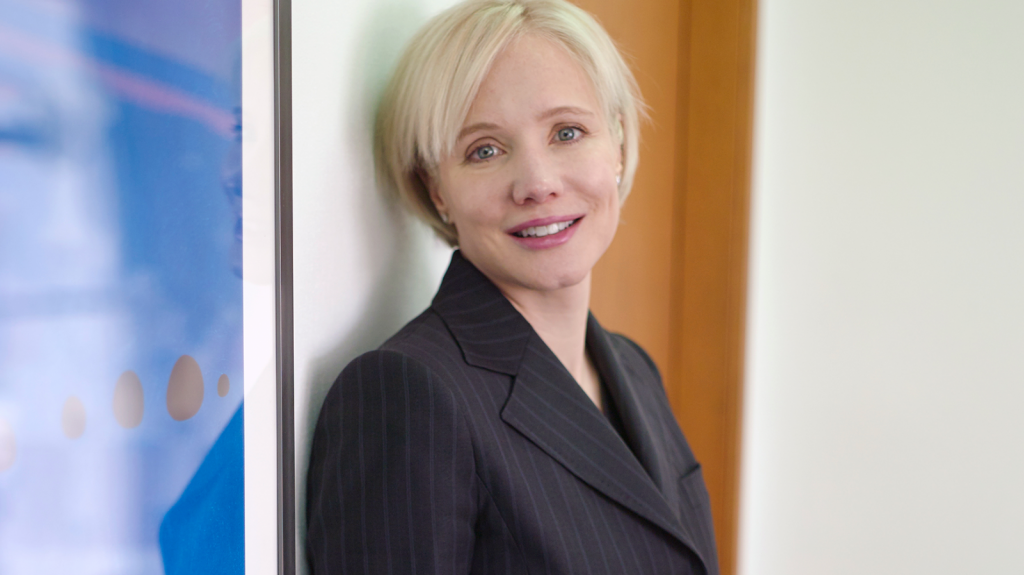 Four years into her national drive to change how members of Congress are elected, Wisconsin’s “centrist” activist Katherine Gehl has never been more optimistic. Her proposal calls for a non-partisan primary that selects the top five candidates and a general election that uses Ranked Choice Voting (RCV), if necessary, to select the winner. And it’s beginning to catch on:

-Alaska voters last November adopted a version of her Final Five Voting changes in how primary elections are conducted and using RCV in November elections, which holds “instant runoffs” based on how voters ranked those five candidates. Runoffs continue until someone gets more than 50% of the vote.

-Assembly Bill 244 in the Wisconsin Legislature that would make those changes has a record 22 cosponsors – nine Republicans and 13 Democrats. Although that bill will die without a vote, Gehl said in an interview, “Three years ago, we had no cosponsors. We had no bill, and no one had ever heard of it. We’ve come very, very far. We will pass it in a future session.”

The U.S. Constitution says individual states can determine how their members of Congress are elected. So, Gehl and advocates of Final Five Voting have launched state-by-state movements to change how members of both the House of Representatives and U.S. Senate are selected. Maine adopted RCV in 2018, but only for Senators.

Gehl became a full-time advocate for Congressional election reform after her family’s Wisconsin business, Gehl Foods, was sold in 2015. She now considers herself a “politically homeless centrist independent.”

Why is Gehl convinced that a dysfunctional Congress must be reformed? Here’s how she and Harvard business professor Michael E. Porter summarized the mess in their book, The Politics Industry:

“At the center of the politics industry are two rivals that can only be described as a textbook duopoly: the Democratic Party and the Republican Party.

“Around this duopoly has arisen a massive arrangement of actors and organizations, including special-interest groups, lobbyists, big-money donors, super PACs, think tanks, pollsters, consultants, and the media that bridges Washington, D.C., to the rest of the country.

“By nearly every measure, the duopoly and the supporting bodies around it – what we call the political-industrial complex – is thriving.

“[But] how can an industry so successful fail its customers – the American public – so mightily?

“Our elections and our legislating are drowning in unhealthy win-lose competition: the duopoly wins and we lose…As politics is currently structured, the same two rivals are virtually guaranteed to remain in power no matter how poorly they serve the public interest.”

Gerrymandering and other factors in a politically divided America means members of Congress now most fear primary challenges. So, Gehl and Porter say, they won’t negotiate, make concessions or take risks on solutions to the nation’s growing list of problems.

“When legislators are considering a big, potentially bipartisan deal, the most important question they are forced to consider is, ‘Can I make it back through my partisan primary if I vote for this?’ Today, most of the time the answer is no.”

How would their specific changes work?

“In a top-five primary, you will no longer vote in a Democratic primary or a Republican primary. Instead, there will be a single, open, nonpartisan primary. Every candidate from any party as well as independents appear on a single ballot…All voters are eligible to vote in the primary.

“Top-five primaries create a new way of determining who gets to compete and sets up a broader [November] competitive field.”

In the interview, Gehl explained how the second reform – Ranked Choice Voting – works.

“After the polls close, the first choice voters are counted. If one candidate has a true majority over 50%, great. The election is over. That candidate won.

“But if none of the five have more than 50%, then we begin a series of instant runoff elections. The candidate who came in last place – fifth place – is eliminated. If you – the voter – had selected that candidate as your first choice, your single vote transfers to your [second] choice, of the four who are remaining.

“The votes are counted again. The process continues until we have a true majority [50%-plus] winner.” The winner has “the greatest appeal to the most number of voters.”

As voters become more angry at our broken Congress, Gehl predicted these reforms will gain momentum..

“No one is going to say, ‘We’re going to keep what we have.’ People who love this country are not going to say that.”