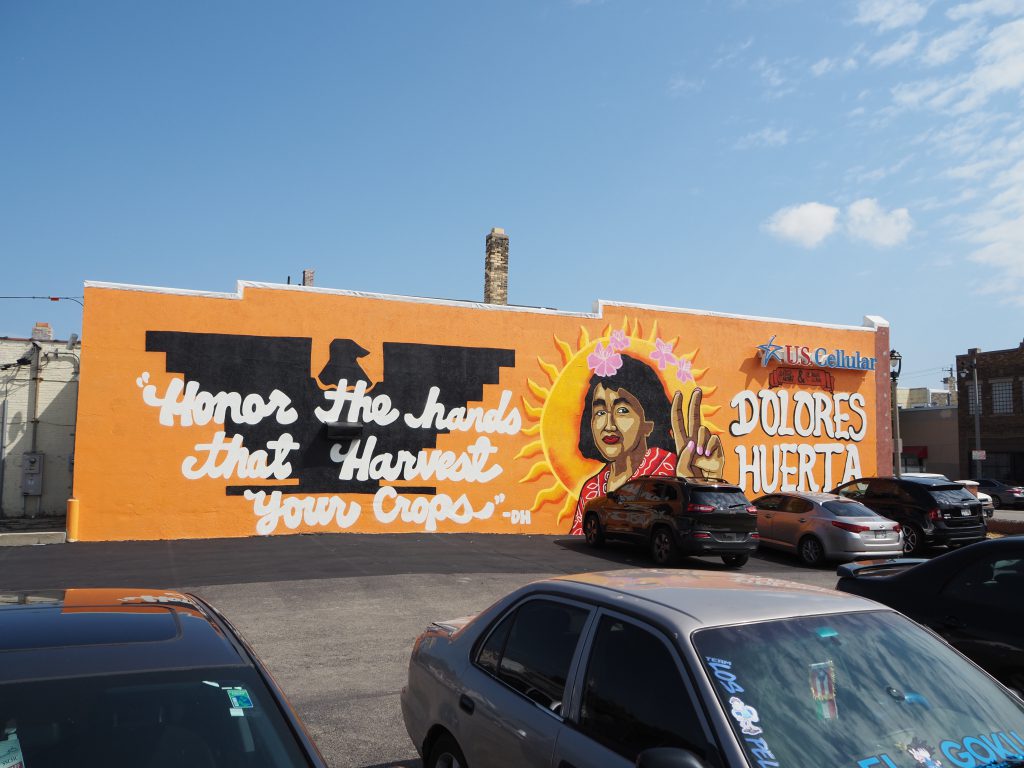 The Clarke Square Neighborhood Initiative (CSNI) unveiled a mural last week featuring Dolores Huerta, who is a civil rights activist, creator of the iconic slogan “¡Si, Se Puede!” (Yes, We Can!) and co-founder of the United Farm Workers Association with Cesar Chavez.

The 1,200-square-foot mural is located on the side of the building at 1247 S. Cesar Chavez Dr., just north of W. Greenfield Ave. CSNI hopes that the mural will serve as a tribute to Huerta and to other women who make meaningful change in their communities, according to a statement. It also beautifies a surface parking lot.

“CSNI is committed to raising awareness of women’s stories, who like Huerta, committed their lives to improve the lives of others,” said Patricia Najera, executive director of the group. “We believe that by highlighting Huerta’s story, we will change the narrative for trailblazing women who will serve as role models for younger generations.”

The mural was painted by artists GirlMobb and Nyia Luna as part of the Clarke Square Artist-In-Residence program. The program came out of the Farm Project, a partnership between CSNI and the Cesar Chavez Business Improvement District. The project has a mission of sparking economic growth through artistic and cultural promotion along Cesar Chavez Drive.

Previous projects have included a mural that reads “¡Si, Se Puede!” on the southeast corner of Cesar E. Chavez Dr. and Mineral St. by artist Erick Ledesma and a mural titled “Tejiendo Raíces” on the north wall of 1023 S. Cesar Chavez Dr. by Isabel Castro.

GirlMobb and Luna began this project on July 19 and finished July 28, often working from sun up until sun down. It features the Huerta quote, “honor the hands that harvest your crops.” 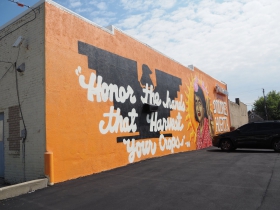 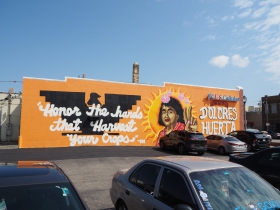 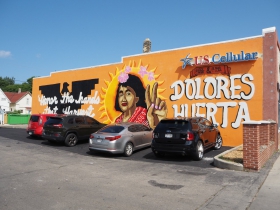 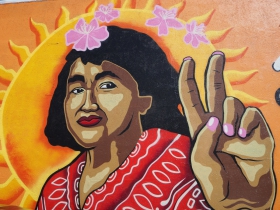