7 Mayors In State Back Infrastructure Plan

They are among 360 mayors in 50 states pushing for massive federal funding. 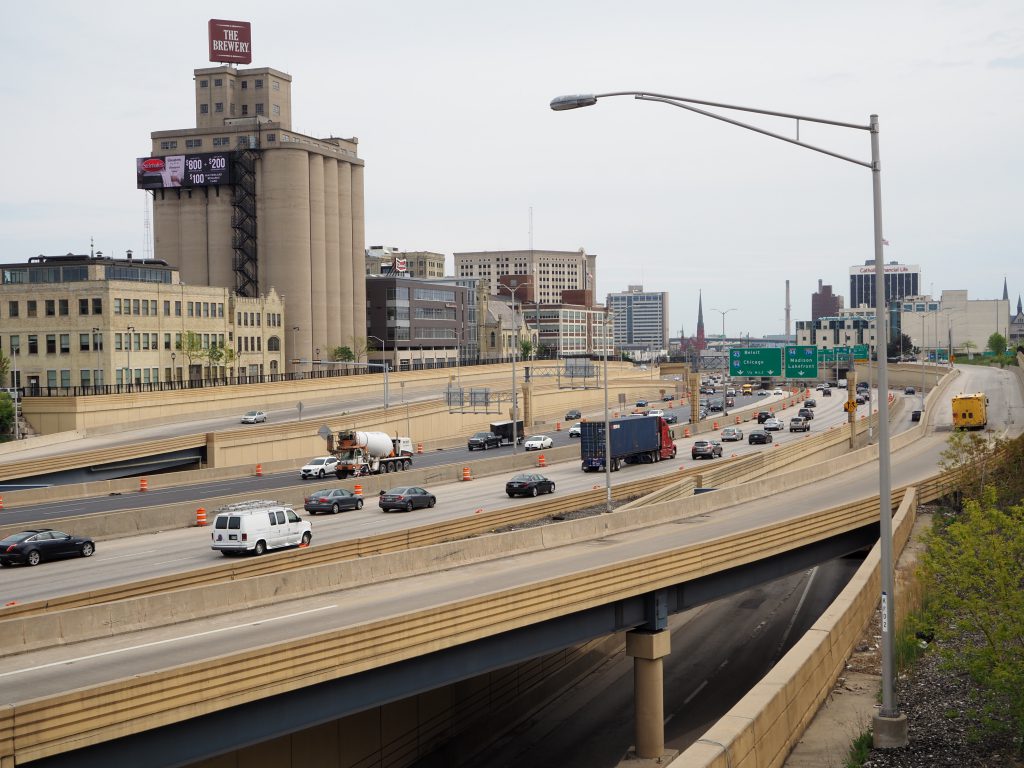 Interstate 43 freeway along the west side of downtown Milwaukee. Photo by Jeramey Jannene.

The mayors of seven Wisconsin cities signed on to a letter from the U.S. Conference of Mayors urging Congress to pass into law a bipartisan infrastructure plan that is so far only a tentative agreement.

The mayors of Green Bay, Kenosha, Madison, Milwaukee, Sheboygan, Waukesha and Wausau joined more than 360 other mayors from all 50 states pushing for a massive infusion of federal money into the country’s highways, railroads and water systems.

“This framework would be the largest long-term investment in our nation’s infrastructure and competitiveness in nearly a century — $1.2 trillion over eight years — to help make our economy more sustainable, resilient, and just,” the letter states. “The Bipartisan Infrastructure Framework is crucial to making meaningful progress on one of the most pressing and unifying challenges facing our country — the need for comprehensive investment in public transportation; roads; bridges; passenger and freight rail; drinking water and wastewater; clean energy and electrification; legacy pollution cleanup; cyber-attack and extreme weather-resiliency; and universal broadband access. Thus, we believe that this framework deserves bipartisan support in the United States Senate and the United States House of Representatives.”

The letter, addressed to congressional leadership of both parties, also asks that any infrastructure deal not be paid for with money already allocated to states and cities through previously passed COVID-19 relief bills.

“We strongly urge that no funding previously signed into law to help cities address the health, public safety and economic impacts of the Covid-19 pandemic be ‘clawed back,’ repurposed or redirected to help pay for new investments in America’s infrastructure,” the mayors write.

The letter writers also ask that whatever the final product looks like, it gives power to local decision makers through already existing programs that send money to community projects.

“We call on our federal leaders to continue to empower local decision-makers by investing federal resources to help us build stronger communities and lift up those who have suffered so much during this pandemic — many of whom never fully recovered from the economic meltdown of ‘08,” the letter states. “Committing to more localism can be accomplished by investing directly in our cities through existing and proven delivery systems…”