At Oneida casino and properties in state. But may not boost economy much.

By Rob Mentzer, Wisconsin Public Radio - Jul 3rd, 2021 02:12 pm
Get a daily rundown of the top stories on Urban Milwaukee 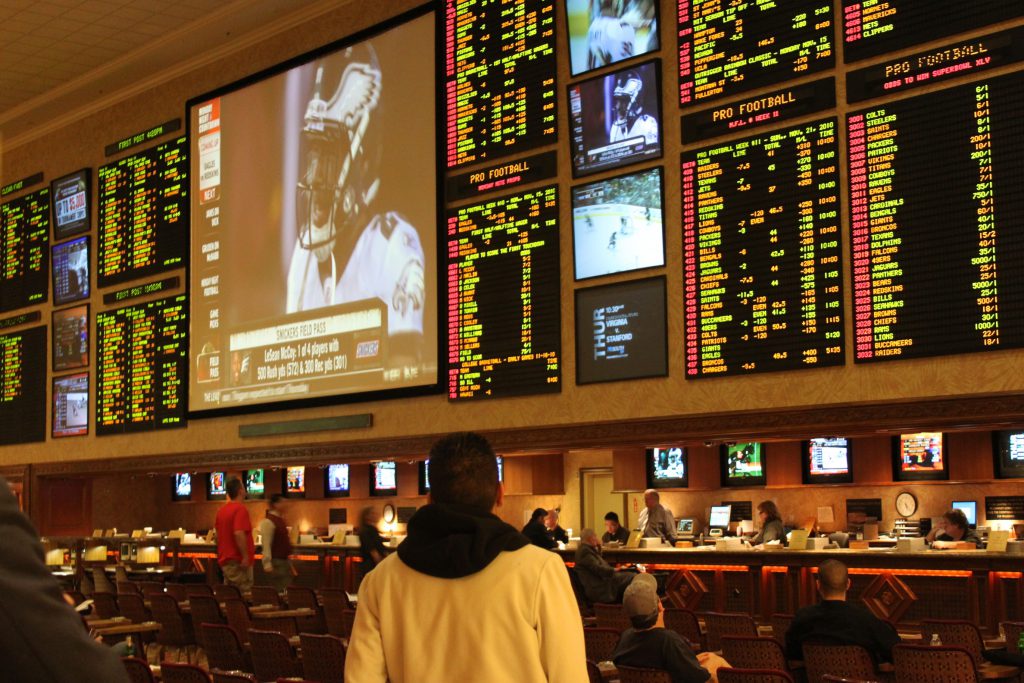 An agreement to bring legal sports betting to Wisconsin for the first time could signal a broader shift in the state’s approach to legal gambling. But on its own, economists say the impact of the plan announced Thursday by state officials and the Oneida Nation is likely to be relatively minor.

Gov. Tony Evers and Oneida Nation chair Tehassi Hill announced the culmination of about six months of negotiations that will clear the way for sports betting at Oneida casinos and other properties in northeastern Wisconsin. If approved by the federal Department of Interior, the tribe plans to make betting available by the fall. At a press conference, Oneida Nation vice chair Brandon Stevens said the move would help boost tourism in northeastern Wisconsin.

“As we continue to grow and expand our business here, northeast Wisconsin will also benefit,” Stevens said.

In practice, the economic impact of expanding legal gambling is not always so clear-cut.

“I would be a bit bearish on how big those numbers are going to be,” said Rodney Paul, a sports economist at Syracuse University.

It’s hard to measure the effect of legalized sports gambling in part because there are already numerous ways — from office pools to backrooms at bars to offshore websites — for people to wager on sports illegally. Legal sports betting in Wisconsin will mean some of that money moves out of the black-market economy into one that is taxed and regulated. The novelty of being able to bet on a Packers game might also draw some new people to the Oneida casinos, at least at first.

But since the new compact with the Oneida Nation only permits betting on-site, Paul said it’s not likely that this announcement alone will cause people in other parts of the state to change their betting habits.

That could change if Thursday’s announcement turns out to be a “stepping-stone to more widely available sports betting in Wisconsin,” said Victor Matheson, an economist at the College of Holy Cross in Massachusetts who studies gambling.

“There’s lots of evidence that people want to bet,” he said. “They just don’t want to have to drive two hours to the tribal casino to make that bet.”

Other tribal nations could seek to follow suit with the Oneida Nation, making sports betting available elsewhere in the state. And, though no such legislation has yet been introduced, Wisconsin could follow dozens of other states in passing laws that make legal gambling even more widely available since a 2018 U.S. Supreme Court decision opened the door to such laws.

Even for casinos, though, economists say sports betting is not necessarily a great business. In Nevada, where gambling has been legal for decades, sports books account for a minor fraction of casinos’ overall business, Matheson said. And in West Virginia, he said, casinos had seen revenues decline after they made sports betting available.

“People bet more on sports, but they bet less on everything else,” he said.

Expanding legal sports betting raises a concern that the activity will attract not just more sports fans and tourists but also more problem gamblers. Matheson said there is evidence that betting on sports attracts some people — college-educated men in particular — who aren’t interested in playing, say, slot machines or blackjack. Any move to attract new bettors also risks attracting new clients who will become compulsive or problem gamblers.

But for most people, Paul said, gambling is entertainment. The problem gamblers are outliers, and so are the people who treat their bets dispassionately as an investment vehicle. The majority of people who do bet do it for fun, and they like to bet on their favorite teams.

“If Rodgers is not there, and the Packers go on a rebuild and the team’s not very good,” Paul said, “well, people might find something else to do.”

Plan To Permit Legal Sports Betting In Wisconsin May Not Bring Much Economic Boost was originally published by Wisconsin Public Radio.