A new report shows more jails have policies for voting in place.

By Isiah Holmes, Wisconsin Examiner - Jun 25th, 2021 03:54 pm
Get a daily rundown of the top stories on Urban Milwaukee 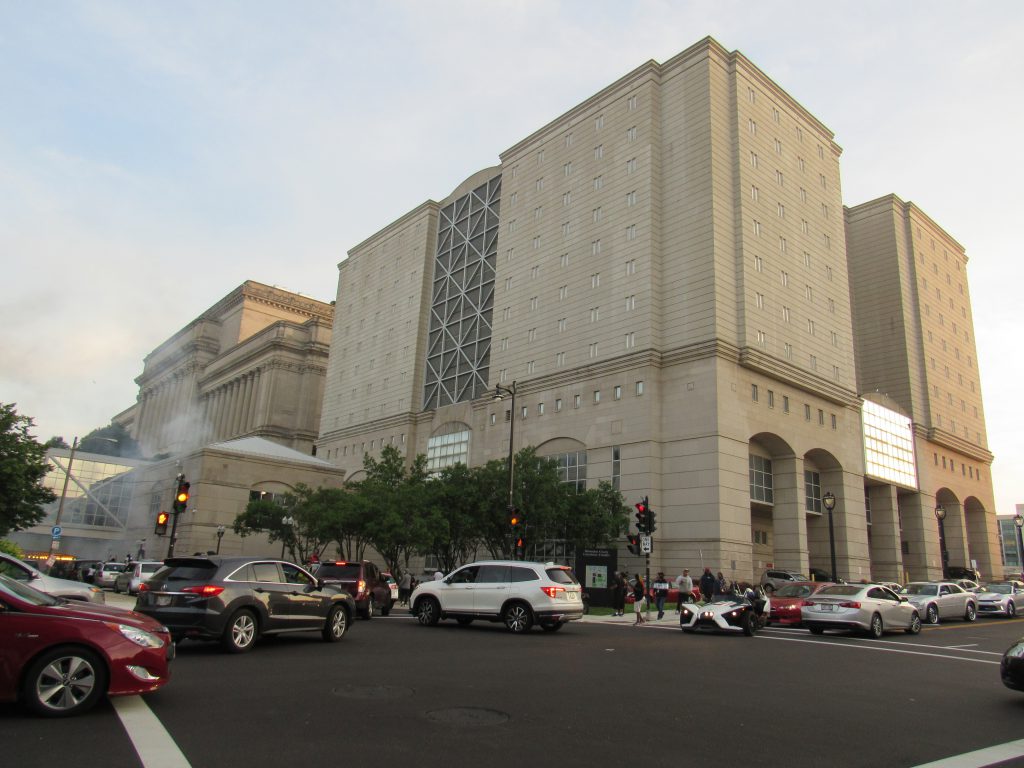 The Milwaukee County Justice Facility and jail, under occupation by protesters and residents during the summer of 2020. Photo by Isiah Holmes/Wisconsin Examiner.

A new report by All Voting is Local, the League of Women Voters of Wisconsin, and the American Civil Liberties Union (ACLU) of Wisconsin shows signs of small, though important steps being taken to increase ballot access for people in jails. Nevertheless, the report also found that many barriers remain for voting-eligible people incarcerated in Wisconsin.

Incarcerated people who do not have a felony are eligible to vote under state law. That means of about 13,000 people incarcerated in Wisconsin, at least half have the right to vote.

The new report updates data released in July 2020. The ACLU joined All Voting is Local Wisconsin to explore barriers to voting access within the jail system. Among the 61 jails assessed at the time, 52.5%, or 32 Wisconsin counties, had no written policy regarding jail-based voting. Just 1.6% (representing a single county), according to the latest report, had “more detailed policies,” with the remaining 45.9% having brief or vague policies around voting.

“For democracy to work for us all, it must include us all — including people who are incarcerated,” said Shauntay Nelson, All Voting is Local Wisconsin’s state director. “Residents of local jails are still taxed and used to allocate resources, therefore they should have the freedom to have their voices heard through a ballot. The fact that it will take a bit of extra work is not an excuse to silence them.”

David Carlson, smart justice regional organizer at the ACLU of Wisconsin, stressed the importance of inclusive voting practices. “Voting is a pivotal part of our democracy and too often, people in jail have been ignored and denied their constitutional right to vote, despite being eligible to cast their ballot.” He added that, “While we are encouraged by the progress being made in Wisconsin jails to ensure the right of incarcerated individuals to vote is protected, more work must be done to ensure that is a standard practice, not a rare exception.”

The 2021 report also found that 22 counties, or 40% of those which responded to the report, either created or improved a written policy around jail-based voting. However, about 30%, or 17 counties, had policies but did not improve them since February of 2020. The report noted, “with the exception of Kenosha, all of these policies are vague.” Another 20%, or 11 counties, still did not have a written policy around jail-based voting.

“Collectively, we need to raise our awareness to the predicament of eligible voters who are in jail serving a misdemeanor sentence or awaiting trial facing significant barriers to exercising their right to vote,” said Eileen Newcomer, a voter education manager for the League of Women Voters of Wisconsin. “We hope this report will lead to much needed conversations and actions so de facto disenfranchisement of eligible voters is not allowed to continue.”

Report shows some improvements to voting access within Wisconsin jails was originally published by Wisconsin Examiner.