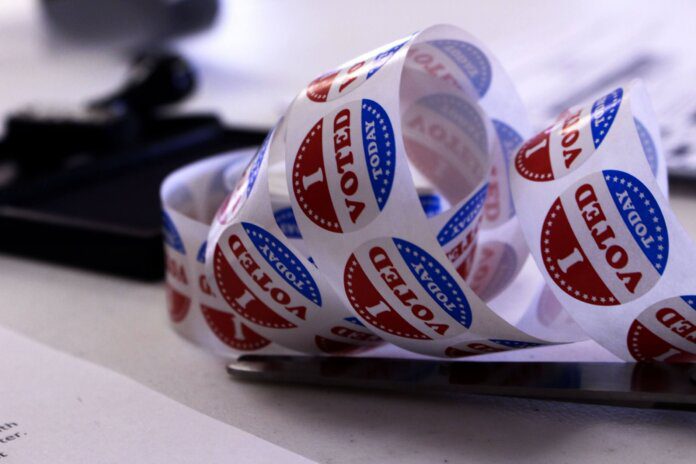 Instances of illegal voting in the 2020 presidential election, whether by convicted felons casting a ballot or other violations of election law, occurred a miniscule number of times, according to a report by the Wisconsin Elections Commission (WEC).

On Wednesday, the six-member body held its quarterly meeting to address the commission’s reports on voting irregularities and felons voting. The body also discussed upgrades to electronic voting systems and heard from staff on the commission’s plans for improving the system in the down time before the next major election cycle in 2022.

The reports on fraudulent voting came as false allegations that the 2020 presidential election was stolen from former President Donald Trump continue to run rampant through the Republican party in Wisconsin and across the country.

Numerous state and federal courts have already ruled that election fraud wasn’t a major issue in Wisconsin, or elsewhere. And now the WEC audits show that the small number of problems that did occur were not nearly prevalent enough to have flipped the election, which President Joe Biden won in Wisconsin by about 21,000 votes.

The WEC reported a preliminary match of 147 felons who voted in the 2020 general election. This number is expected to decrease significantly as those preliminary findings are compared to the actual voter files and possible mistakes are excluded.

In the 2016 presidential election, there were 111 preliminary matches but that number dropped to 79 after matches were confirmed. Ultimately there were only 12 convictions for felons voting in the 2016 election.

The Republican-appointed members of the commission expressed frustration with the lack of charges brought by county district attorneys once the cases are referred to them and concern that felons voting before their sentences have ended could flip an election. Meanwhile, the commissioners appointed by Democrats pointed out that these votes account for a tiny percentage of the overall vote total.

Bob Spindell, a Republican commissioner who has joined in spreading conspiracy theories about the 2020 election, said he wanted people coming out of prison to be made aware that they can’t yet vote so they don’t accidentally break the law and wind up in more trouble.

“All I am trying to do is try and make it as hard as possible for people to register so they don’t get into trouble and I think any extra steps we take in that direction, are well worthwhile,” he said. “I would suspect that a huge number of these people simply didn’t know, and I think we have a responsibility to try and help these people.”

But Dean Knudson, another Republican, was concerned that felons voting would flip the results of a local election.

“You missed the point,” Knudson said when Democrats pointed out that this was a statistically insignificant number of votes. “We don’t just administer statewide elections, we administer all elections in which races are decided by one vote. Sometimes there are ties, sometimes there’s a very narrow margin. This happens in our spring elections for example, time after time after time, sometimes in legislative races, they’re very close. Even though there were, you know, tens of thousands of votes cast it may come out where they’re decided by just a handful of votes. And that’s why it’s important that we take these seriously. The law is the law, and it’s our job to enforce the law.”

The commissioners also discussed a report on the other violations of election law last year. During the general election, there were only 12 reports of fraudulent voting and only one occurred in a county that went for Joe Biden.

Many of these incidents occurred when a person voted both by absentee ballot and in-person while other people voted in multiple municipalities. A few other incidents involved people who had been adjudicated incompetent by a circuit court judge but still cast a vote.

Like the votes cast by people still serving felony convictions, the Republican commissioners were concerned that many of these cases aren’t ultimately charged by district attorneys.

“I don’t know that we need to have a whole new rulemaking or process or anything as relates to this, it’s up to the district attorneys to decide whether and whom to charge,” Democratic Commissioner Ann Jacobs said. “That is literally their jobs and we’re sending the information as required and they get to choose to do what they choose to do with it.”