Skylight Season Is Filled With Firsts

Including three shows never before performed in Milwaukee. 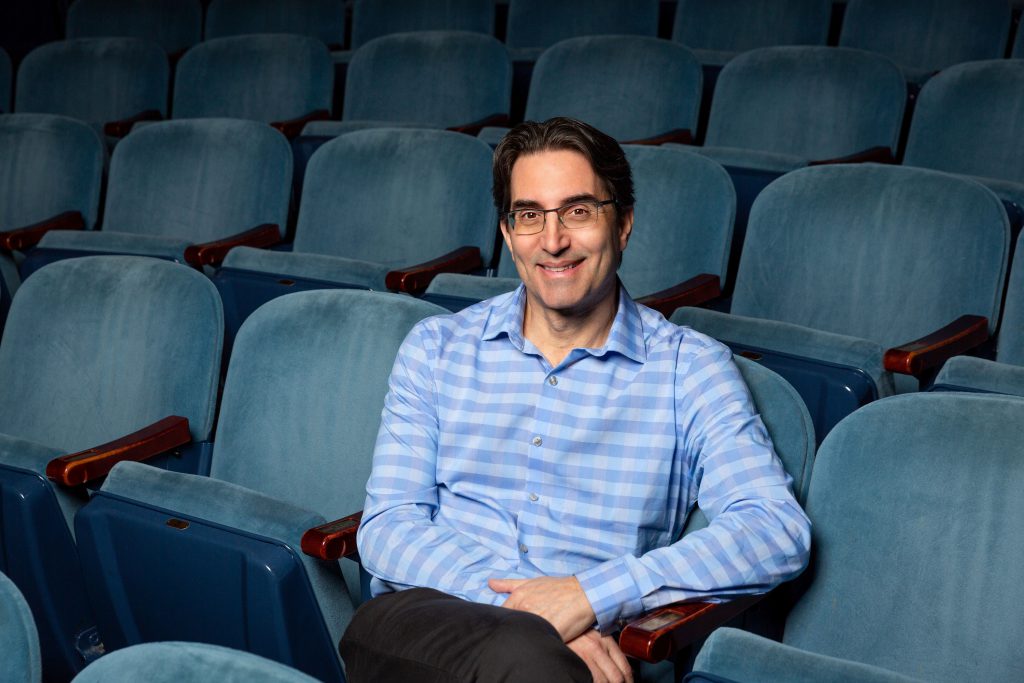 The COVID pandemic dampened Michael Unger’s first season as artistic director of the Skylight Music Theatre. He and the staff look at the coming season as an opportunity for reflection and redemption, both for its audience and staff.

Unger says, “We were inspired by the quote on the beautiful, hand-painted ceiling of our home, the Cabot Theatre, which says, ‘to help us forget some things, remember others, and to refresh the dry places in our spirit.’ I think our new season, with stories that spread joy, fill the heart, and inspire the soul, will do just that.”

Guest Director Jason Danieley was in the original cast when it debuted on Broadway in 2000. Nominated for nine Tony Awards, the musical is being presented for the first time by the Skylight.

Unger summarizes The Full Monty this way, “It centers on salt-of-the-earth characters on whom unemployment has forced desperate measures.”

It might difficult for many of us to realize this multifaceted musical has been around for thirty years. A hit with Skylight audiences in 2003, this is the seaon’s only non-premiere. Said Unger: “We are thrilled to entertain audiences this year with this tuneful, fun, and beloved musical.”

Aside from the unforgettable human devouring plant, the music in the show also is a treat: written by Howard Ashman and Alan Menken (The Little Mermaid and Aladdin for Disney) it’s a tuneful combination of Pop, Doo-Wop, Broadway and Motown.

“This exhilarating musical explores the unexpected similarities and sacrifices made by artists and explorers in a refreshing tale that is as much suspenseful, historical travelogue, as a fantastical love story,” Unger said.

The musical version of Lorraine Hansberry’s acclaimed play A Raisin In The Sun takes us on a roller coaster ride of hope, disappointment and triumph.

Unger says, “It has been on my list since I first interviewed for this job at Skylight two years ago. World events have made this title more important than ever.”

To direct and choreograph Raisin, Unger enlisted Kenneth Roberson (Choreographer of Avenue Q, 2003 and All Shook Up, 2005 on Broadway)

A musical adaptation of the classic novel by Victor Hugo. The music and book written by Dennis DeYoung won the 2008 Jeff Award for The Best Midsize Musical for its performance at Chicago’s Bailiwick Theatre.

The production will be Unger’s debut as director at Skylight. “I am thrilled that this show, which brings together one of my favorite novels, one of my favorite rock idols, and lots of local Milwaukee talent will finally be on the Cabot Theatre stage for what will be my inaugural Skylight season,” he says.

Unger has a personal connection with DeYoung, the lead singer, and composer with the rock band Styx. They are both from Chicago and Unger was able to attend recording sessions with DeYoung, where they became friends.

Says DeYoung: “Over the years, I have been fortunate enough to have some success in writing songs, but the ones I have written for this show I love as much or more than any I’ve ever done. Years ago, Michael and I met outside Steppenwolf Theatre and became fast friends. He has always been a fan of my version of the Hunchback, and he vowed that, should he ever be the artistic director of a theater, we would do the show.”