A Thousand Natural Shocks, In a Basement

The one-woman play, set in a basement, that manages to cover a a lot of ground. 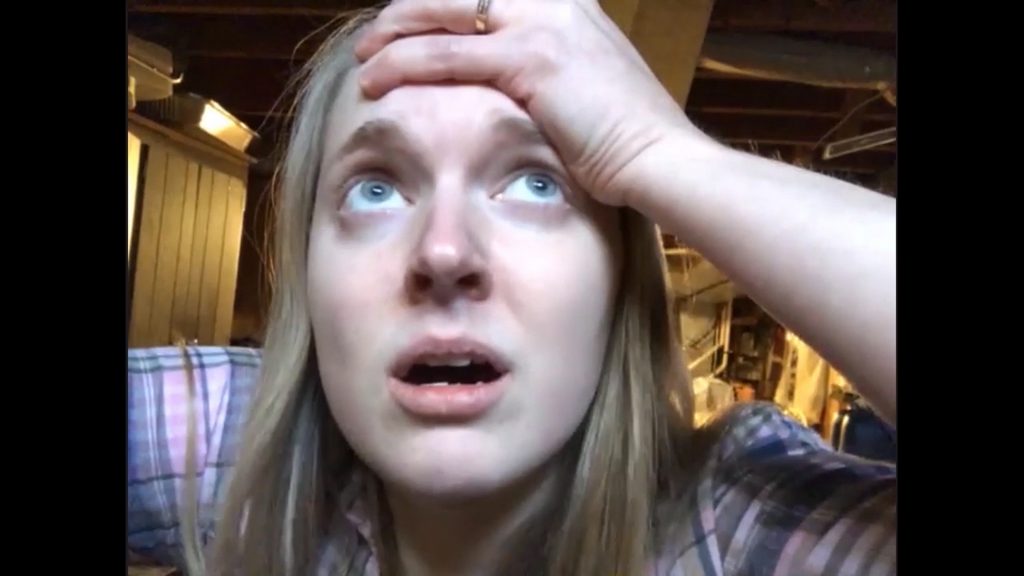 If Lauren Gunderson could just step away from her word processor long enough, she would be a great dinner party guest. One of America’s most produced and prolific playwrights she shows off a bright mind and a sharp ear roaming from classical literature to modern physics. A student of dramatic construction and evocative flips in mood, she has both successfully and excessively concocted circumstances and characters engaged in a heady range of probability and morality, spewing bright ideas of how to deal with all the human issues of the day.

A few years ago she threw off a one woman play about being stuck in a basement during a tornado. It’s like reading an Edgar Allen Poe shock story while pawing through college textbooks, with a dab of Monty Python on the side. It is an hour on the edge of mania that jumps among Shakespeare (the title “Natural Shocks” stems from a Hamlet soliloquy), insurance tables, lesbianism, roulette, marriage and, a final target reluctantly revealed here, domestic abuse. This was recently produced by Milwaukee’s Next Act Theatre and is being shown digitally for the next three weeks.

The lone young actress, Jennifer Vosters, appears to relish Gunderson’s conversational intensity. She often suddenly shifts topics mid-dialog, while still retaining an edge of rationality. Vosters is the online show, almost getting inside our living rooms in the constant close-ups, either talking to herself or to an invisible someone walking alongside her in the crowded basement (has to be us). Her eyes constantly try to grab ours in what is clearly a video more than a play.

Director Michael Cotey has shot it all as if on a cell phone camera with intense claustrophobic continuity and crowded crawl spaces, employing more the devices of video than theater. Obviously we could not be this lip-to-lip cheek-to-cheek personal in a theater, yet Gunderson’s writing is mimicking the cerebral hyper talk that is more familiar in the theater, not in TV formats.

There is an emotional tornado going on here and it is the playwright more than the actress who is trying to get away with too many intellectual somersaults in a windstorm. Imagine the most extended manic phone call you’ve ever gotten and you get a sense of both the hypnotic pull of the moment and the sheer ridiculousness of the reach, even though we admire the brain meld the author is attempting.

On the plus side, these ideas of domestic behavior and responsibility to each other are exactly the issues Next Act Theatre likes to deal with — and its patrons are drawn to these concerns. On the negative side is the un-believability of the story, an attempt to juggle so much truth and untruth within one situation that no theater company or actress could carry it off. Gunderson is too talented a writer to simply throw the kitchen sink at us.