About That Foxconn Venture Capital Fund

Another big money promise for Wisconsin. Will this one pan out? 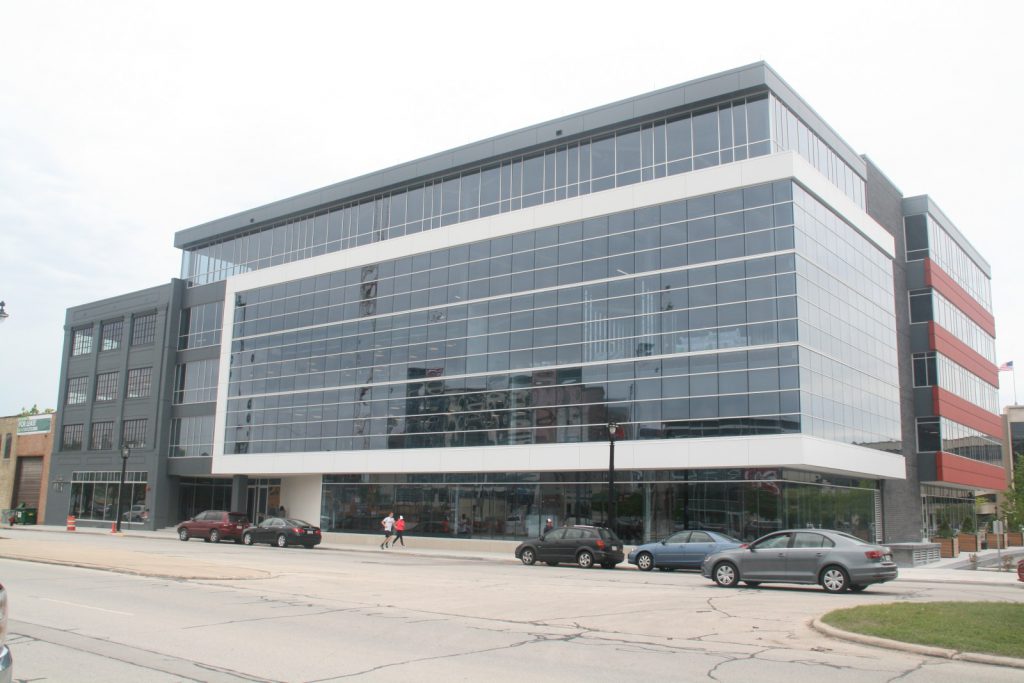 In August 2018, three months before he faced the voters in his reelection campaign, Gov. Scott Walker announced yet another wondrous thing Foxconn would be doing, creating a $100 million venture capital fund in conjunction with three other companies, that would invest in startups and early-stage businesses. “This is yet another example of the Foxconn Bonus, and this is only the beginning,” Walker declared.

Like everything else connected with Foxconn’s Wisconsin project, there has been more hype than substance to the venture fund, along with delays that always seem to follow any of its pronouncements. But the Wisconn Valley Ventures or WV Ventures, as it has dubbed itself, is a bit different — more real and yet rather mysterious. It is not located at the Foxconn campus in Racine County, and Foxconn is not really driving the train, as it has just one board member and 25% of the investment in the fund. The other three investors, who each contributed $25 million, are Advocate Aurora Health, Johnson Controls and Northwestern Mutual.

It was not until more than two years after Walker’s announcement, in January of this year, that WV Ventures confirmed to the federal SEC that it had raised the $100 million, as Brandon Anderegg reported. Why the delay? No explanation was given.

Ten months before this WV Ventures had hired Jason Franklin as its CEO and managing director. Franklin has some connection to the state, having gotten his bachelor’s degree from UW-Madison, but his career has been based in California and at Stanford University.

Foxconn had promised the venture fund would be based in the company’s “North American headquarters” in downtown Milwaukee, but of course no such headquarters was ever created. The website for WV Ventures lists no address nor phone number, but its state incorporation papers list an address at 1433 N. Water St., Suite 400.

Get a daily rundown of the top stories on Urban Milwaukee
Woo also promised the fund, “by being headquartered in Milwaukee… will certainly have an automatic bias toward entrepreneurs in the state of Wisconsin.”

But the fund isn’t just headquartered in Milwaukee. It also has an office in San Francisco, to be near Silicon Valley, and for all we know, Franklin may be spending most of his time there. (The organization did not respond to emailed requests for information or an interview.) WV Ventures is not required to invest in Wisconsin-based companies, and instead will have a more global focus on “transformative and interdisciplinary” innovations in health care, technology, manufacturing and financial services.

So far the fund has invested in four startups and three of them are based in California, though one, SignalWire, has a CEO, Anthony Minessale, who is based in metro Milwaukee (Brookfield). Franklin, speaking at the Summerfest Tech conference, said the other fourth company, which he did not name, was a spinoff of UW-Madison.

The reality is that Franklin will be looking for winners, regardless of where the startup is located. And ditto for his board, which includes one representative of each of the four investing companies. No one in business wants to be associated with a loser.

That’s not to say a Wisconsin company won’t have an added advantage when applying for venture capital from the fund, but Walker’s entire promise that “this fund will be a launch pad for attracting and retaining businesses and top talent in Wisconsin while simultaneously helping Wisconsin become a new global hub for technology,” is wildly exaggerated.

Though not perhaps as fanciful as Milwaukee Journal Sentinel “Ideas Lab” writer David Haynes, who suggested the fund, combined with the mighty Foxconn project in Racine County, could lead to the creation of something like the research triangle in North Carolina. Nostradamus he is not.

Observers have noted that the $100 million is a significant amount for Wisconsin, a state that has been sorely lacking in venture capital and has typically ranked near the bottom of all states for this.

But on a national level, $100 million is not that impressive. By 2018 there were some 600 venture capital funds in the U.S. and most were bigger than WV Ventures. More than 84% of funds started that year had more than $100 million in money.

That same year, the last for which information was available, saw a total of $254 billion invested globally in 18,000 startups via venture capital financing, with 52% ($131 billion) of it in the US alone.

In short, this fund is far too small to be transformative for Wisconsin, all the more so since it’s not required to be spent in Wisconsin. But it is a step in the right direction for a state that’s long been lacking in venture funding. And the fact that it has other three strong local partners bodes well for its survival. Even if the Foxconn project dies, which seems likely, the Wisconn Valley Ventures fund should live on. Maybe it will even add a phone number.

3 thoughts on “Murphy’s Law: About That Foxconn Venture Capital Fund”