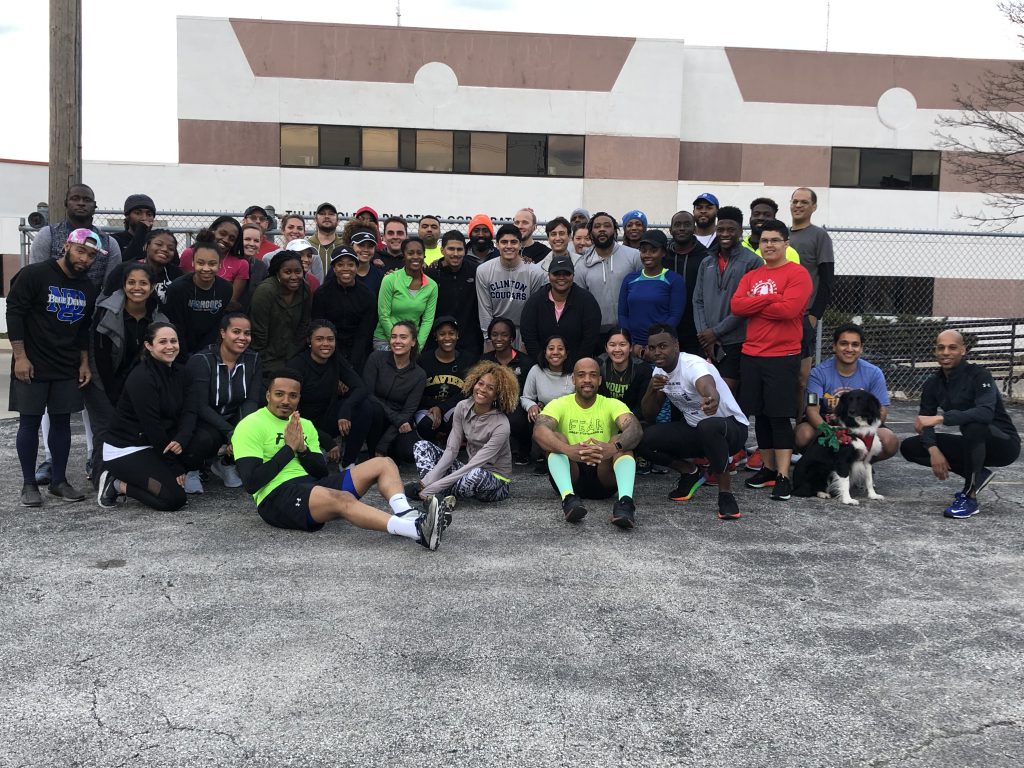 F.E.A.R. participants before a run. File photo from Social X.

A group of runners is seeing the city, getting fit and in the process helping dismantle Milwaukee’s reputation as the most segregated city in the country. The group is also getting some national attention.

Social X‘s offshoot Forget Everything and Run (F.E.A.R. MKE) has found itself profiled in a multi-page feature story in Runner’s World magazine and an eight-minute feature segment on NBC’s Today Show in the past four months.

“Our single mission is to create a running space that is safe for our BIPOC,” said co-organizer Ranell Washington in the Today Show feature, adding that the word is an acronym for those who are Black, Indigenous or people of color.

“I was instantly hooked,” said former UW-Milwaukee sprinter Tenia Fisher of joining the group when it started in 2015. “With F.E.A.R. I remember why I started running.”

The group has grown in recent years and attracts runners of all skill levels. It pivoted from weekly group runs to a virtual model as a result of the pandemic.

The members cheer each other on at races, and on social media. They’ve even started taking a trip to New Orleans for an annual running event.

In May, following the killing of Black runner Ahmaud Arbery in Georgia by three armed men in a pickup truck, the group published an op-ed on Urban Milwaukee encouraging people to run 2.23 miles (a nod to the date of his death) in his honor. “It is every person’s privilege and freedom to go out for a run in their own neighborhood and the surrounding ones without being chased down and killed,” they wrote.”

“I saw myself in Ahmaud,” said Devin Jenkins.

“It busted the door wide open on running not being a sport for people of color,” said Fisher. “People of color shouldn’t only be in Nike basketball commercials.”

Get a daily rundown of the top stories on Urban Milwaukee
They encounter odd looks locally, even in neighborhoods where people of color are the majority.

Participants in the group come from all walks of life and abilities. Fisher, the former track star, is a teacher. Washington is a partnership development advisor at American Family Insurance and member of the City Plan Commission. Jenkins is a product manager at GE Healthcare. Others are nurses, service industry members, city planners. One is a prominent politician.

Lieutenant Governor Mandela Barnes is a regular participant in the group. “I didn’t know what I was doing,” said Barnes of running in basketball shoes when he started. He credits the group with creating a support system for collective improvement.

You can watch the Today Show segment online or read the Runner’s World feature.