With another 50 in the pipeline as Grand Avenue Mall continues move toward more residential spaces. 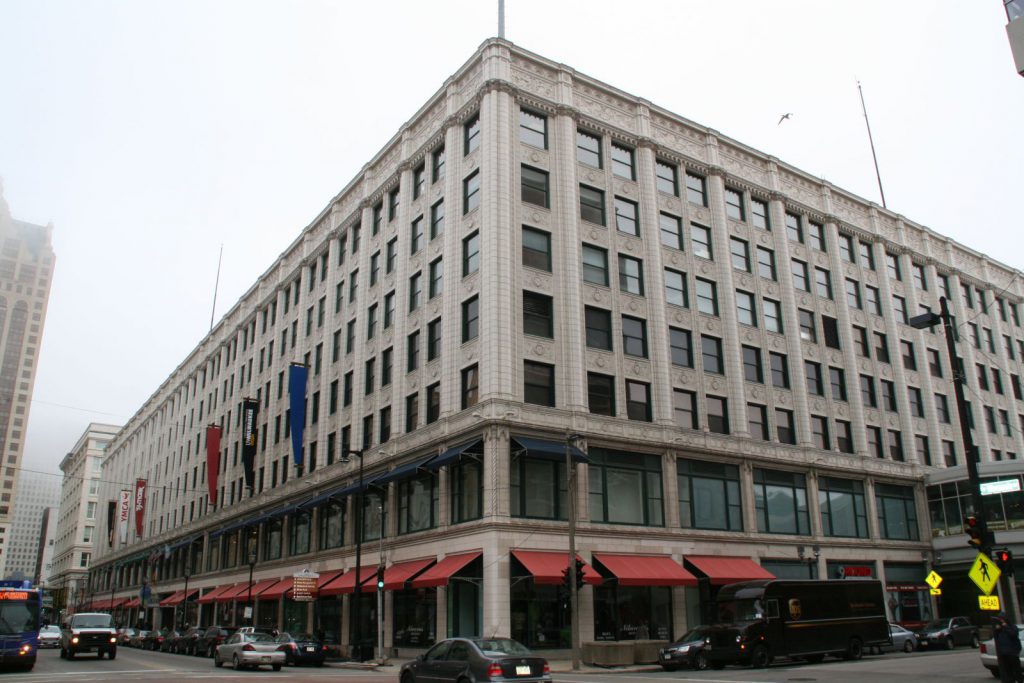 The Plankinton Arcade building in 2016. Photo by Jeramey Jannene.

A largely-hidden downtown apartment complex will grow in size under a new plan from its owner.

Sunset Investors developed the Plankinton Lofts apartments complex in phases on the third and fifth floors of the Plankinton Arcade building, 161 W. Wisconsin Ave., whose lower floors have long been part of the downtown Grand Avenue mall.

Starting in 2009, Sunset began converting former office space in the seven-story Plankinton building into apartments. Additions were made in 2012 and 2014 bringing the total to 46 units according to documents submitted to the city.

Now the company will add 22 more units — 19 one-bedroom and three two-bedroom units — according to plans filed with the city. Another 50 could be on the way in a future phase that would convert the fourth floor.

In an interview, Sunset president Kendall Breunig told Urban Milwaukee that the current units are 94% leased.

Seven units will be added to the third floor on interior spaces that overlook an open-air atrium. The approximately 5,000 square feet of office space they will replace is labeled as vacant on a building permit. The rest of the floor is already divided into 31 apartments according to a submitted floor plan.

Fifteen units will be added to the fifth floor, joining the 15 already there. Much of the space directly overlooking Wisconsin Avenue on that floor is still leased to office tenants, including law firms and a dentist, and will be left as is.

The building was originally constructed in 1916, with a five-story addition added in 1924. A statue of John Plankinton remains on the first floor, a reminder that his investing and meatpacking fortune led to the building’s development.

But today the building’s ownership isn’t so cut and dried. It’s divided into condominiums.

It also acquired the fourth floor in 2015 for $1.3 million. The floor was long been home to the downtown YMCA gym, but the organization closed the gym last fall and announced plans to move to a smaller location.

Breunig, a licensed engineer who leads all of his own design and contracting work, said he’s working to convert the former YMCA space to 50 units in a future phase. Final plans have yet to be submitted to the city.

The sixth and seven floors are owned by UW-Milwaukee and used for the university’s continuing education program.

The lower two floors are the two best known to the public for their incorporation into the Shops of Grand Avenue and skywalk system.

And as a result of the mall’s redevelopment into The Avenue, the building’s second floor no longer contains storefronts. It too is an apartment complex now, known as the Plankinton Clover Apartments, with 50 units. The conversion was completed in 2018 by the mall’s new owners, Tony Janowiec and Josh Krsnak. The first floor still contains a T.J. Maxx store and a vacant commercial space.

Sunset also acquired and redeveloped the Pritzlaff Building, 313 N. Plankinton Ave. just three blocks south of the Plankinton Lofts apartments. The third through seventh floors of the six-building Pritzlaff complex include 100 apartment units and one office, with office space, an event hall, coffee shop and craft brewery located on the lower floors. 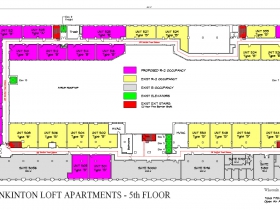 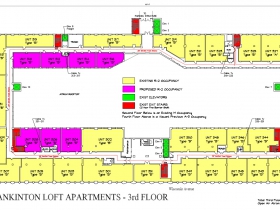 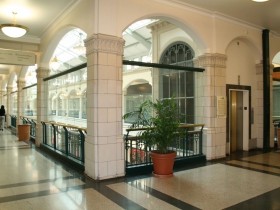 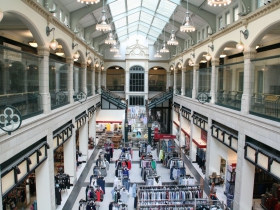 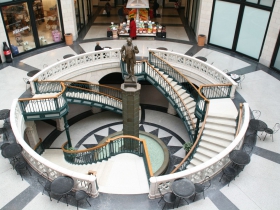 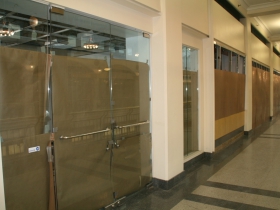 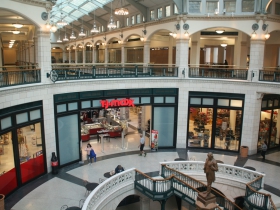