The weekly case total is now lower than past single day totals. But still at a point higher than any week before the middle of July.

The Wisconsin Hospital Association reported that 399 people were actively hospitalized with a confirmed case of the disease, a decrease of 22 from a day prior and 171 from a week ago. Thirty days ago the total was 953.

The state reported 34 people were newly hospitalized in the past 24 hours in its daily data release. A total of 25,302 people have required hospitalization since the outbreak began, 417 in the past week.

DHS reported one new death. A total of 6,162 Wisconsin residents have died as a result of the virus, including 1,188 in Milwaukee County.

The 30-day average daily death total now stands at 28, below the December 23rd reported record of 53.43. Thirty days ago the rolling average was 37.53. 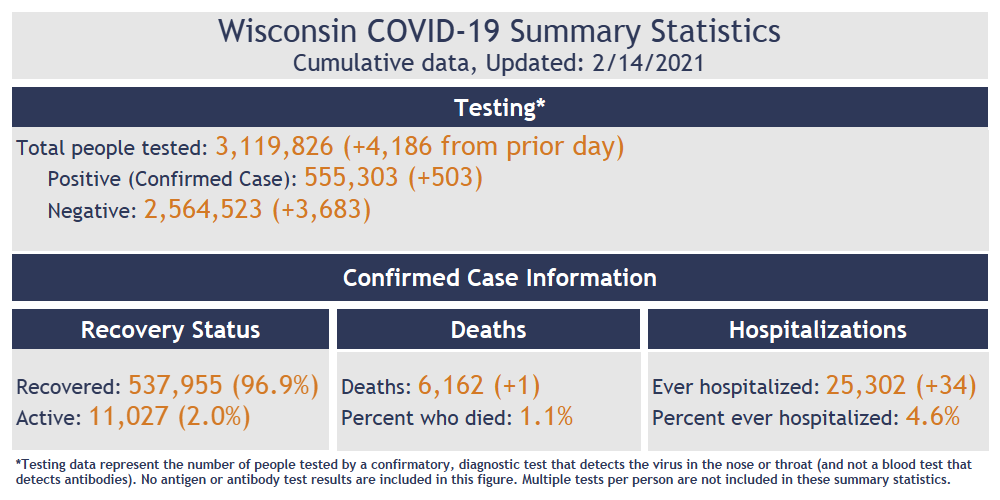 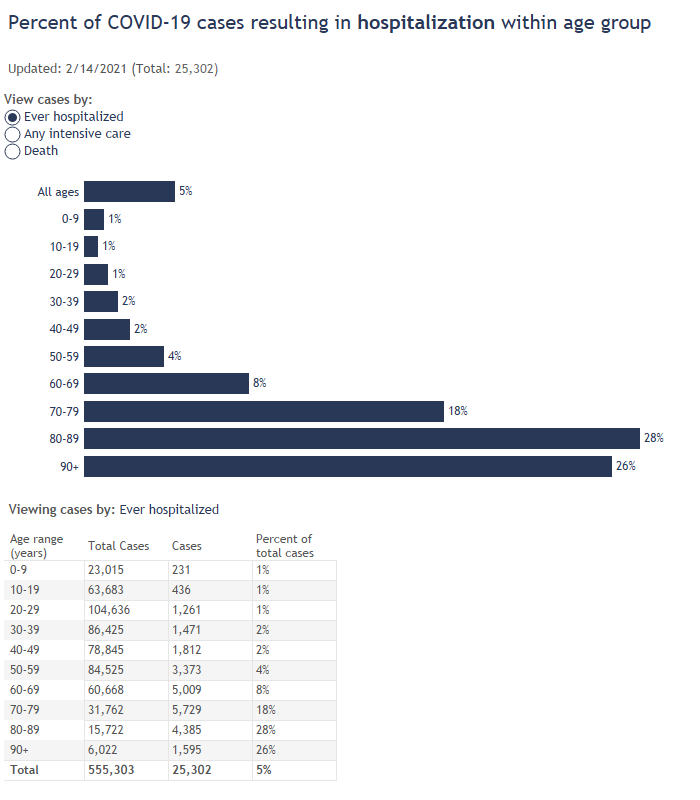