Tales Told By The 2020 Election

The Republican gerrymander held. But Waukesha County has grown more Democratic since 2012. 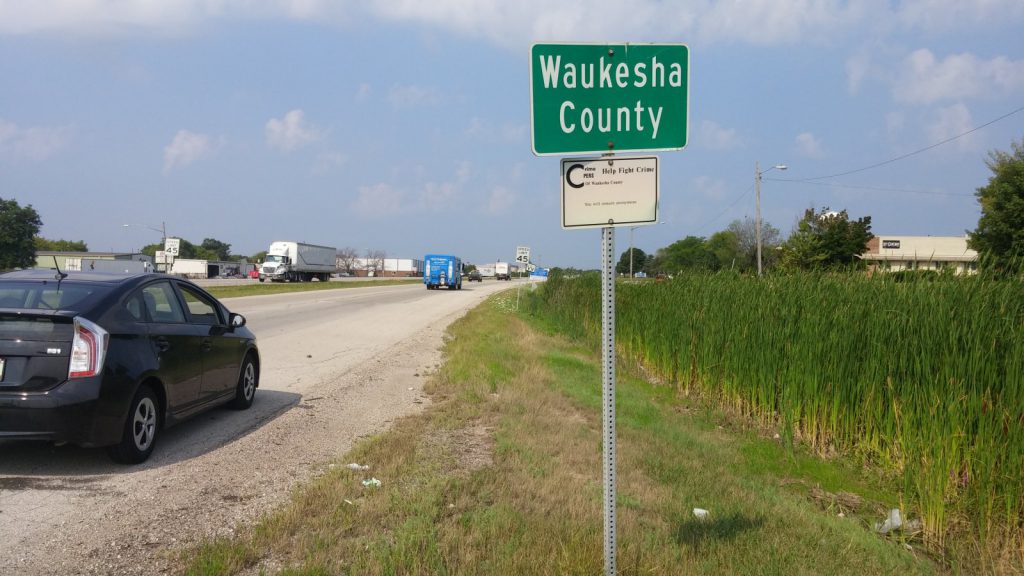 What can the 2020 election results tell us about the condition of our state?

First, and not surprisingly, the data make clear that the Wisconsin gerrymander lives on. Following the 2010 Census, Republicans in the state Legislature worked with lawyers from the Michael Best law firm to design a system of legislative districts that would assure continued Republican dominance of the legislature whether or not the majority of votes were cast for Republican candidates.

These districts are a good example of the art of the gerrymander. For years, courts have ruled that the districts need to have approximately equal populations. To get around this restriction, designers of gerrymanders practice what is known as “packing and cracking.” With packing, district boundaries are altered to move voters from the opposite party into a district that already has a majority who support that party — reducing the number of districts they can win. Cracking comes about when boundaries are drawn so that opposing party supporters are spread across multiple districts so they can’t represent a majority of the vote in any.

The next chart shows the effectiveness of the Wisconsin redistricting scheme in assuring Republican dominance of the state Assembly under any likely voting scenario. For example, the model predicts that if each party wins half the votes, Democrats will win 37 districts and Republicans 62. (In the recent election, Democrats beat the model by 1, winning 38 districts.) 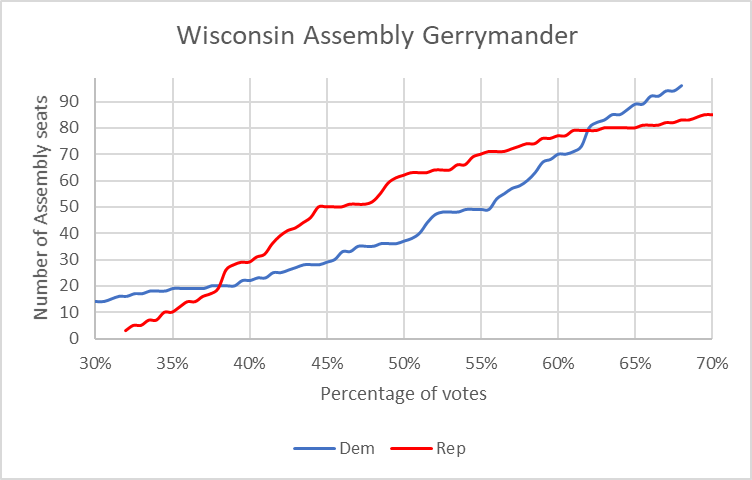 Gerrymanders, like attempts to reverse election results, violate one of the basic tenants of democracy—that the majority rules. A popular saying is that we are a government of laws not of men. Since most authoritarian regimes also have laws, if this saying means anything, it means that people in the same situation should be treated equally, not contingent on their political leanings. Applied to redistricting it implies that the aim of any plan should be symmetry: Both parties should gain the same number of seats if they gain the same percentage of the vote.

The model used above starts with the results from the presidential contest between Joe Biden and Donald Trump. I used the presidential vote rather than the vote for Assembly for several reasons. Most importantly, 30 Assembly candidates had no opponent. Presumably this is because these districts are so skewed towards one of the parties that potential opponents conclude that they lack any reasonable prospect of winning. In addition, a large number of districts are very partisan, but still manage to attract an opponent, who has little chance of winning and struggles to raise money. In the case of a statewide race, like that for the presidency, every vote counts, whether or not it comes from a competitive district.

The Assembly districts shown on the left-hand axis are those where only one party had a candidate. Not surprisingly, these were ones where the presidential candidate of the missing Assembly candidate’s party did poorly. 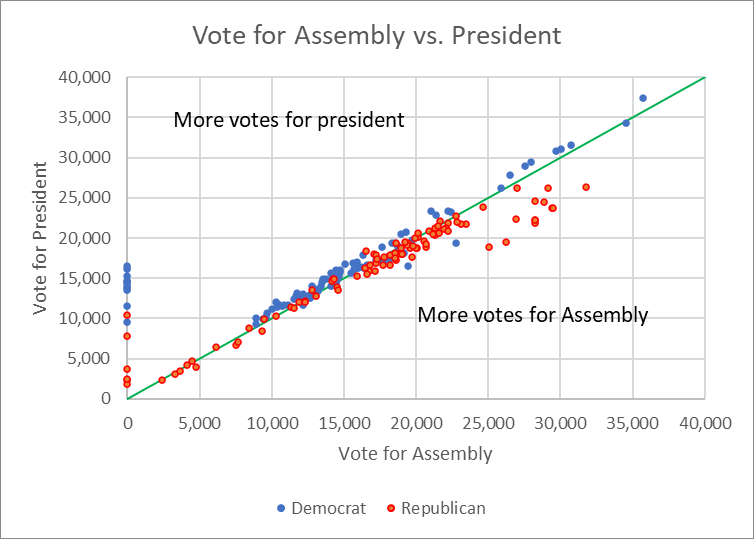 Vote for Assembly vs. President

Also noteworthy is Trump’s extreme falloff in the cluster of districts at the upper right-hand part of the chart. These are mainly Milwaukee suburbs and extremely Republican, as reflected by a lack of a Democratic opponent in most cases. Whether these districts are becoming more Democrat or simply reflecting unease with Trump is unclear to me.

Reflecting the suburban decline in Trump support, the next chart shows the Democratic vote share of Waukesha County legislative districts over the past three presidential elections. (Several of these districts include parts of other counties, particularly Milwaukee County.) Although the Democratic share of the vote has been steadily rising, in most districts it falls well short of a Democratic victory. 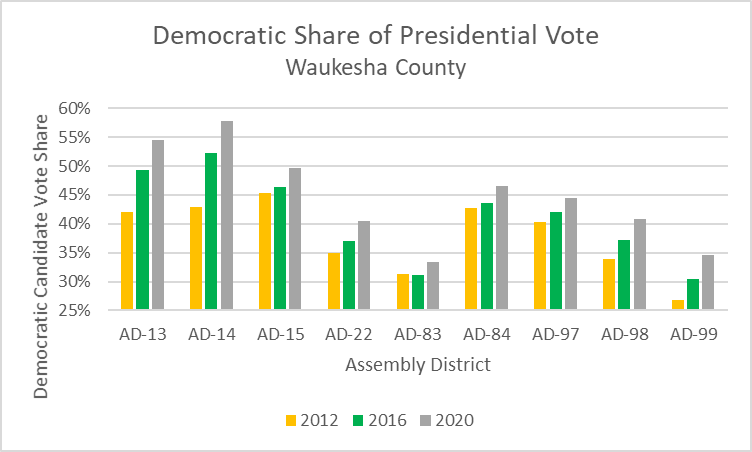 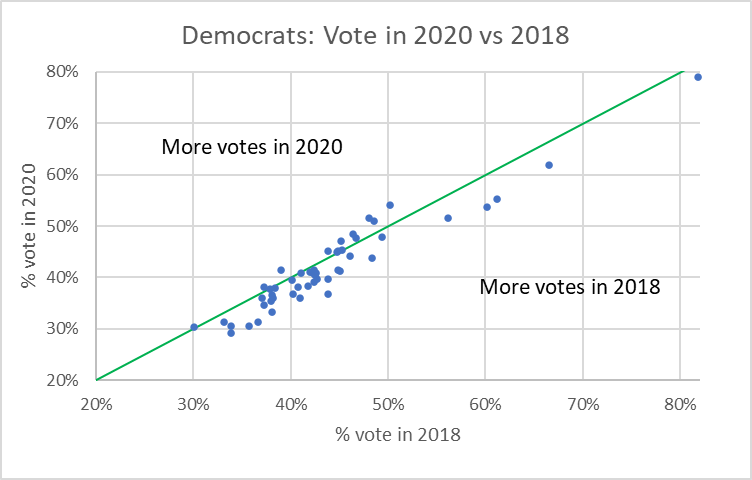 Here are some tentative conclusions from data on the presidential and Assembly elections: