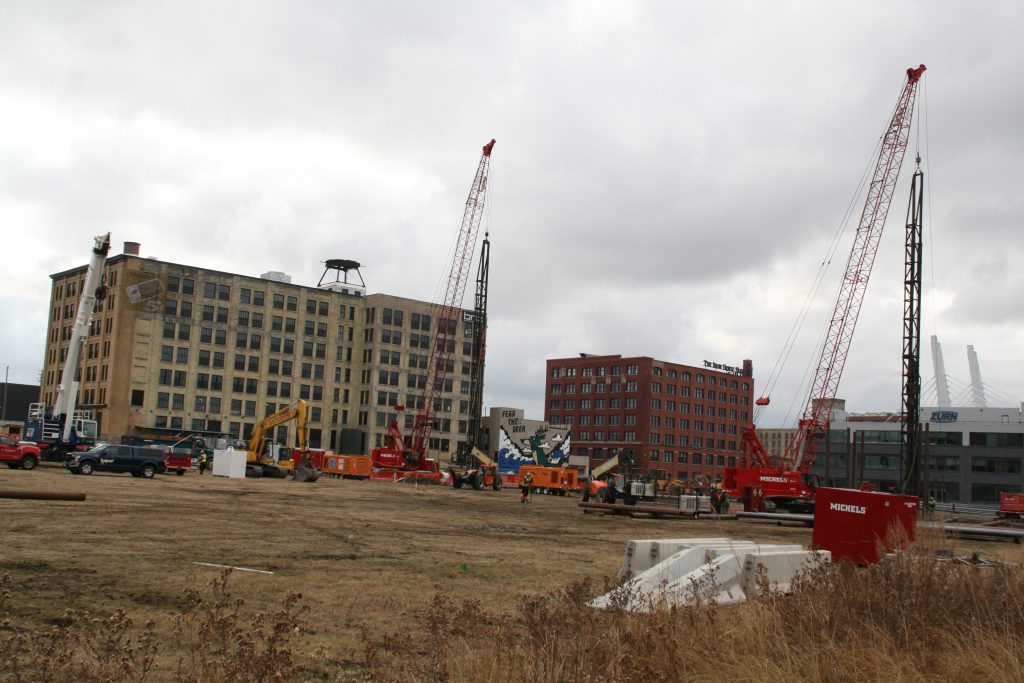 The company announced earlier this year it would relocate to the business park in Walker’s Point from Brown Deer. Rite-Hite designs and manufactures loading dock equipment, industrial doors, safety barriers, industrial fans and other products for warehouse operators. It wouldn’t do any manufacturing at the new campus, but plans to house approximately 300 employees involved in research, design, administration, sales and management.

Rite-Hite will occupy a four-story, 158,308-square-foot office building on the north side of W. Freshwater Way overlooking the Menomonee River canal, Harley-Davidson Museum and downtown skyline. It will build a two-story research and development building on the south side of the street with 108,552 square feet of space. A four-story, 450-stall parking garage will be installed just west of the R&D building.

In late 2019 the Common Council approved a $4 million amendment to the tax incremental financing district used to create the business park to fund the relocation of two Milwaukee Metropolitan Sewerage District (MMSD) sewers. The sewers cross the business park, but don’t directly serve the 15-acre site formed from a former rail yard and trucking facility.

Work appears to be continuing on that relocation on the north side of the property, where the office building will go, while the piles are being driven on the south side of the site for the R&D building.

The company recently received approval earlier this month to expand the size of both proposed buildings.

The 15-acre Reed Street Yards has only attracted a single office tenant to date. Zurn, a subsidiary of Rexnord, relocated from Pennsylvania to a three-story office building in the business park. The Yards apartment building was recently completed on the district’s eastern edge along S. 2nd St. General Capital Group owns most of the property. 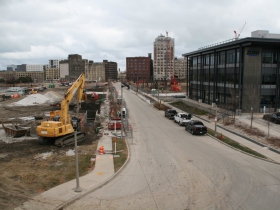 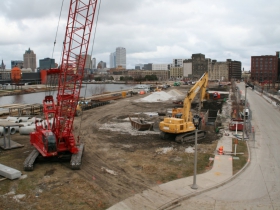 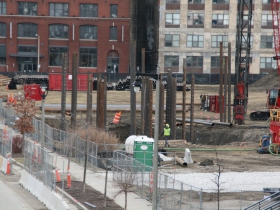 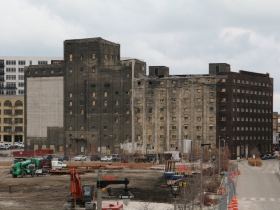 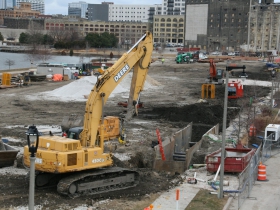 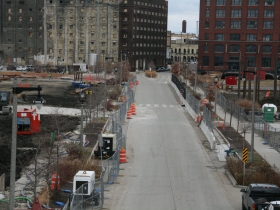 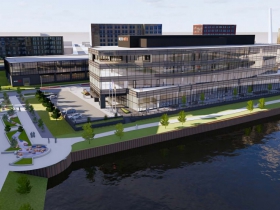 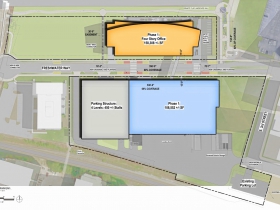 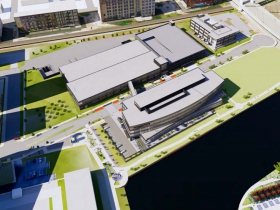 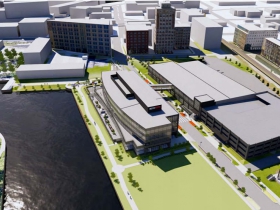 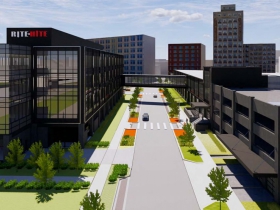 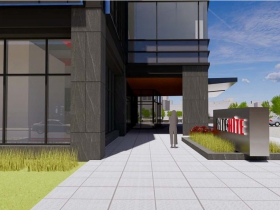