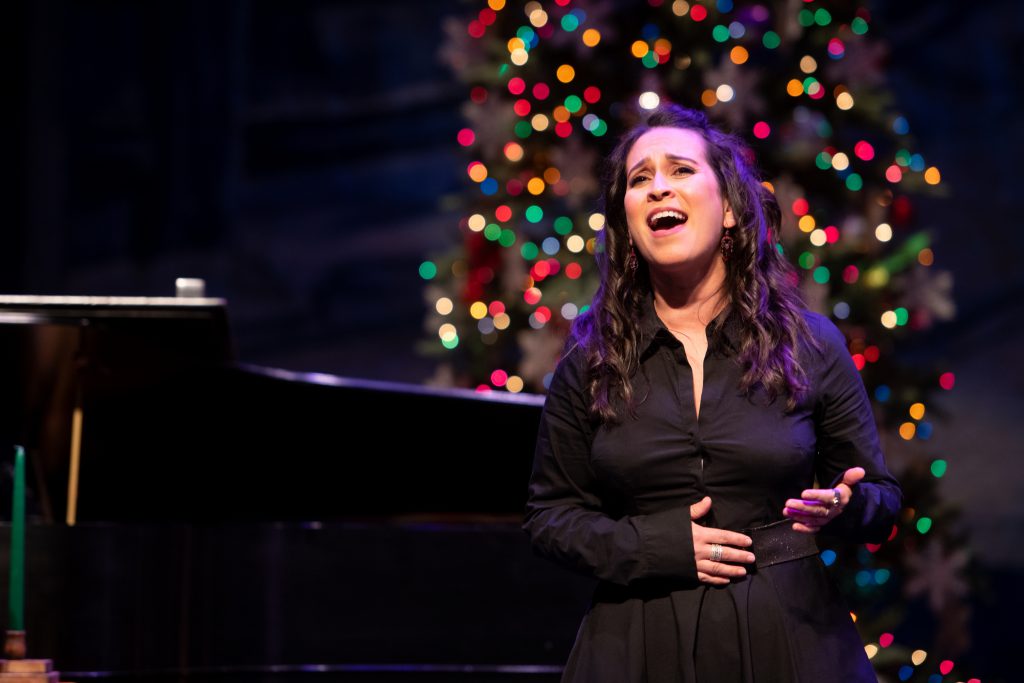 There is no sham about Skylight Sings: A Holiday Special – From Our Home at the Cabot Theatre. It’s a straightforward online promotion for the Skylight Music Theatre: no new digital doo-dads, no pretense that the program has been concocted for an important reason, just a paid interlude to keep live theater in the audience’s minds. Like so many pandemic-era shows, it has invaded the online universe where anyone in the world can find it, a risk the Skylight seems willing to take though it is clearly aimed at future local patrons.

Some two dozen Skylight regulars show off their voices, musicality and personalities for future customers in a series of solos, duos and even more combinations, all with pandemic appropriate individuality, brought together by camera trickery in the empty Cabot Theatre (which deserves an even bigger jewel-box showcase than it gets in the proceedings).

You have to enjoy the Skylight’s standard of music and presentation going in and there are chances at sizable discounts (if you’re an Urban Milwaukee member). Or you can pay $20 to drop in – pick a date and you have 48 hours to catch the show. It’s streaming through January 10.

It is a program that plays up the Skylight’s strength – big singing voices that can impale you to the back of the theater. It also plays up the tendency to go large with hand gestures, or slide off or hide the weakened tones moving from big to small. Generally the performers rely on the sort of musical comedy oomph that tends to sell numbers more than characters – and then suddenly there is a performance where you realize the Skylight has some amazing and even nuanced talents at its beck and call.

With artistic director Michael Unger serving as genial virtual fireside host, the program has two hooks, one fine, one hokey. The hokey part is each performer introducing their number with a personal memory from family Christmases, and while sentimentality rules at this time of year, it is more than a bit cloying, unless like Samantha Sostarich there is video of you running out of the house in the T-Rex costume your brother gave you.

The other hook is intriguing. Aside from the occasional “Oh Holy Night” or Mel Torme’s “Christmas Song,” most of the holiday-themed music comes from unlikely corners of the musical comedy repertoire. That ranges from baritone Andrew Varela’s sterling foray into Leonard Bernstein’s Mass to a stirring quartet about Kwanza anchored by Raven Dockery’s soul sound. There are amusing musical comedy numbers that rely on the performers pretending to be kids, which lights the fires of Kaylee Annable and former Skylight artistic director Ray Jivoff. 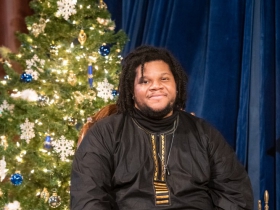 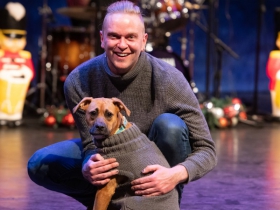 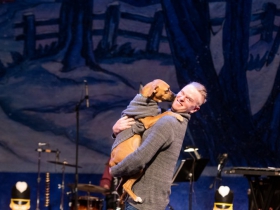 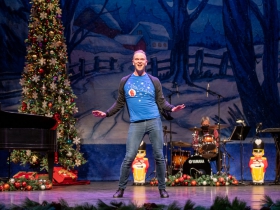 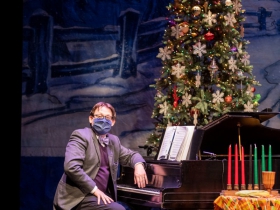 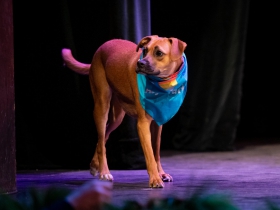