By Isiah Holmes, Wisconsin Examiner - Dec 15th, 2020 01:01 pm
Get a daily rundown of the top stories on Urban Milwaukee 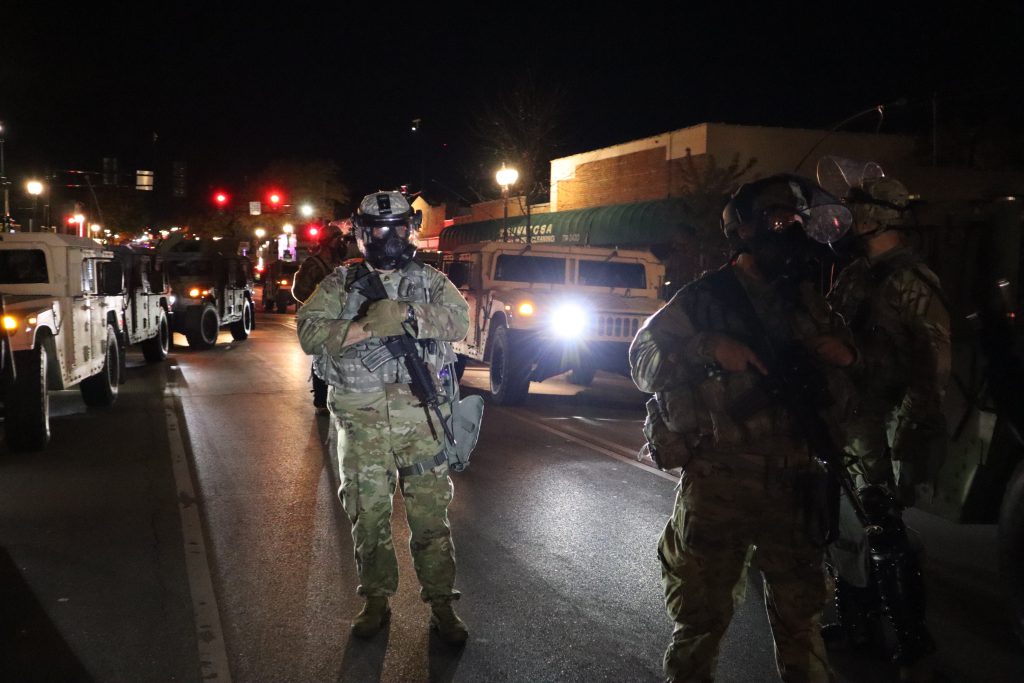 U.S. Marshals were on the ground in Wauwatosa during the city’s curfew and emergency declaration in October, according to Wauwatosa Police. The city’s emergency order brought numerous law enforcement agencies from across the state, as well as National Guard troops, to the suburban streets. The Marshals worked alongside the Special Operations Group (SOG), a small and secretive unit within the Wauwatosa Police Department (WPD).

The U.S. Marshals Service was among the federal agencies associated with Operation: Legend, an effort against violent crime which grew out of Operation: Relentless Pursuit. In July, U.S. Attorney for the Eastern District of Wisconsin Matthew Krueger and other officials assured Sen. Tammy Baldwin that these agencies would not be involved in protest actions. Baldwin noted at the time that, “it appears to be the agencies working together more closely to deal with a very significant uptick in crime, especially homicide. These will primarily be investigators and not folks who will be in uniform on the street in any way.” 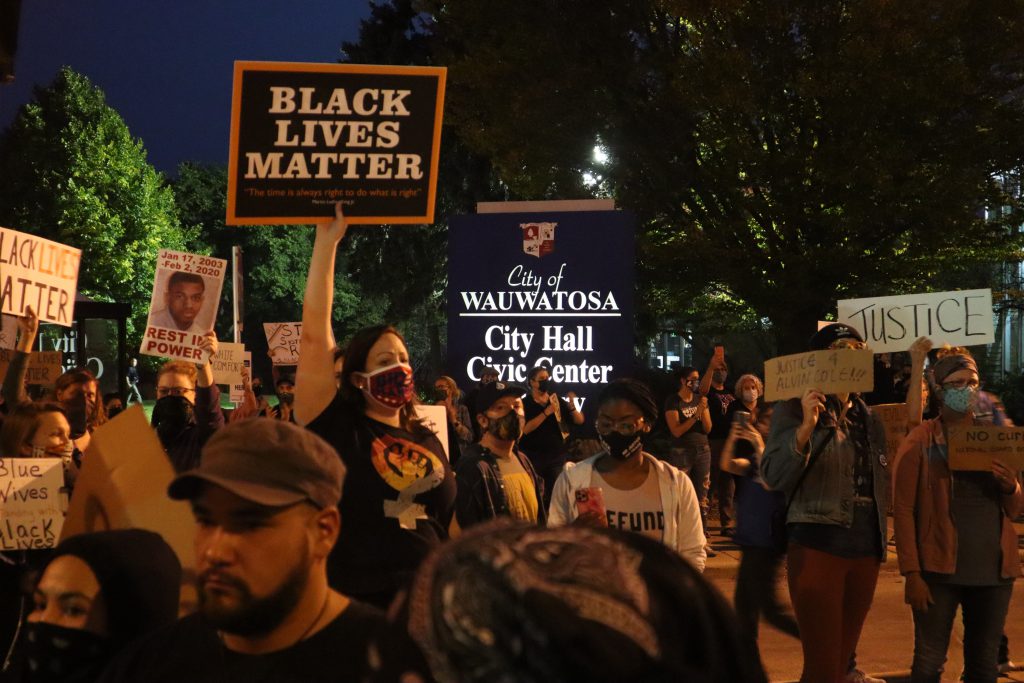 Protesters march toward Wauwatosa as the curfew sets in. Photo by Isiah Holmes/Wisconsin Examiner.

In fact, that was not the case in Wauwatosa. Sgt. Abby Pavlik, a WPD spokeswoman, said that SOG “worked with the U.S. Marshals as a quick response team.” The U.S. Marshals Service was one of the agencies responsible for grabbing protesters off the streets in Portland, Oregon.

As in Portland, unidentified personnel dressed in camouflage tactical gear and driving rental vehicles with dark tinted windows were seen on the streets of Wauwatosa, particularly on Oct. 8-9. They attempted to hide among the car caravans and, according to protesters who were arrested, stalked the streets looking for demonstrators who’d fled from police advancing on their protest.

On Oct. 7 Krueger said in a statement referencing instances of civil unrest elsewhere in the state that, “federal law enforcement is joined with state and local authorities to address any further violence.”

As a unit, Tosa PD SOG specializes in covert surveillance, locating wanted suspects, and extracting and analyzing cell phone data. Five detectives man the unit, plus a supervisor and two additional patrol officers. Normally, that skill set is applied to crimes related to drugs, prostitution, theft or similar offenses. It appears, however, that many of those skills have been applied to groups of protesters in Wauwatosa.

Although dozens of people were arrested during the curfew, protesters felt that officers also aimed to arrest particular individuals and seize their cell phones. Taleavia Cole, the sister of 17-year-old Alvin Cole, who was killed by former WPD officer Joseph Mensah in February, was among them. WPD held Cole’s phone for nearly a month before returning it.

WPD wouldn’t answer directly if SOG has been involved in the handling of captured phones. “Detectives assigned to the mobile forensics unit are routinely assigned to conduct cellular phones investigations,” explained Sgt. Pavlik. Nevertheless, some protesters who have been arrested by the department report having spoken to SOG  detectives face-to-face.

Percy Hayes, Jr., a regular protester with The People’s Revolution (TPR), was arrested weeks before the curfew, during a small march near Wauwatosa’s northern border with Milwaukee. Hayes, who normally helps direct traffic as the car caravans and marchers cross main roads, was trailing behind the main group when he was arrested. Although no curfew was in effect WPD declared the protest unlawful. Hayes was released on Oct. 15, as groups of activists held a justice rally and protest march following the end of the emergency declaration. He arrived in time for the march, which took to the streets shortly after sundown.

Hayes was trailing a couple of blocks behind the rest of the group, he says, when officers surrounded him for an arrest. WPD later stated Hayes was arrested due to a warrant in Brown County. While he was detained in the Wauwatosa city jail, however, Hayes says he was approached by two WPD detectives. “A couple of the detectives came through there talking to me about The People’s Revolution, about the protests. They talked to me about Alvin Cole’s case.” Hayes added that, “the officer, according to him, is the officer who actually cracks our cell phones. He’s the guy who gets our phones.”

After being shown a list of detectives who were assigned to SOG in 2019, Hayes was able to identify two of them as the officers who spoke with him. He said that the officers expressed their opinions that, “we’re a terrorist organization and we’re going about our beliefs wrong. And how we quote numbers wrong.”

Hayes noted that the hour-long conversation didn’t feel like an interrogation at all. “They did all the talking,” he told Wisconsin Examiner, “I just listened.” Still he recalled, “if I’m being honest they were really courteous and polite. It wasn’t even the type of bragging and gloating that you’re used to seeing.” WPD hasn’t yet responded to a request for comment regarding whether it considers TPR a terrorist organization.