By Hope Kirwan, Wisconsin Public Radio - Dec 11th, 2020 01:38 pm
Get a daily rundown of the top stories on Urban Milwaukee 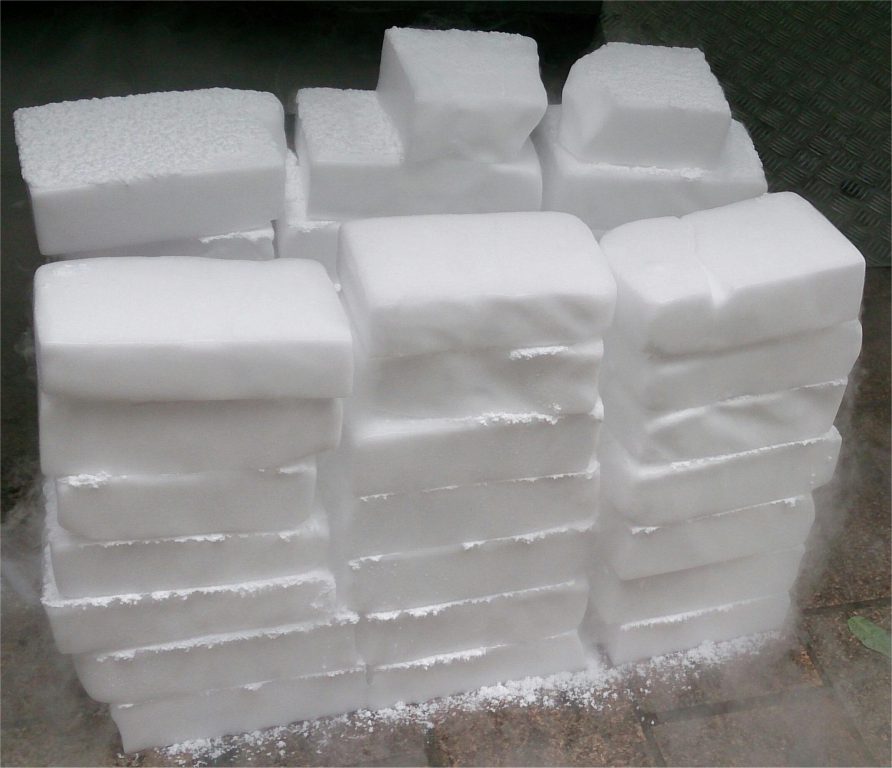 Wisconsin officials say the state’s dry ice industry is ready to scale up production to support the distribution of the coronavirus vaccine.

Secretary Randy Romanski from the state Department of Agriculture, Trade and Consumer Protection (DATCP) said the agency has been working with U.S. Sen. Tammy Baldwin’s office to reach out to the dry ice industry about the need for more product in order to roll out a vaccine from Pfizer.

“Pfizer has said that they’re going to require an additional two tons of dry ice daily. Right now, it’s our understanding that they have plans to produce and distribute dry ice from one of their existing facilities,” Romanski said. “Dry ice manufacturers have plans in place to also help prioritize essential customer needs in addition to make sure that there’s dry ice available for vaccine distribution. And it’s our understanding that the dairy industry is considered one of those essential customers.”

Dry ice is used by the dairy industry to keep cultures used for cheese and yogurt at the appropriate temperature.

The Wisconsin Cheese Makers Association sent a letter to federal and state officials this week, asking them to “safeguard a necessary supply of dry ice — 350,000 pounds per week — to ensure the uninterrupted global production of dairy products.”

Neal Gruber, CEO of A+ Heler’s Dry Ice & CO2 in Madison, said it’s understandable for other users of dry ice to be concerned about production capacity. He said the supply of dry ice isn’t limited, but it is related to current market demand.

“If you push new demands on the same system that may well be close to their capacity already … you can have problems,” Gruber said. “We don’t know the quantity or the demand or how the distribution function is going to happen (for the vaccine). Once we know that, we can begin to deal with the other two components. But right now it’s just questions.”

Gruber said he’s been talking with the Rural Wisconsin Health Cooperative, UW Health and other hospital systems about their expected dry ice needs when Pfizer’s vaccine is released. But he said plans for distribution seem to change almost daily.

“We have had a mixed bag of information from the pharmacies at these rural hospitals to us and our own research online, what the CDC has published, what Pfizer has published,” Gruber said. “We ramped up, we’ve gotten prepared, we’ve contacted the individuals, the pharmacists who would be the storage responsible party at these facilities and we’re all sitting with our hands up in the air.”

Gruber said his company has decided to wait on making further plans until the Pfizer vaccine is approved and distribution begins.

[inarticle ad=”UM-In-Article-2″]But Gruber said he and many other dry ice makers are paying attention to their supply of carbon dioxide, which is liquefied and compressed to make dry ice.

He says the main source of carbon dioxide in Wisconsin and the Midwest is ethanol production, which has been hit hard by decreased demand during the pandemic.

On Thursday, Gov. Tony Evers announced the state would allocate up to $3.25 million to support the state’s nine ethanol plants. The money is part of the state’s allocation from the federal Coronavirus, Aid, Relief, and Economic Security (CARES) Act.

“Especially during the early onset of COVID-19 impacts, there were severe disruptions in the supply chains. This had a particular impact to ethanol because early on there was less travel,” Romanski said. “Plants were severely affected and in some cases were partially or completely shut down.”

Romanski said the funding will also strengthen demand for corn and help the state’s farmers.