The decision could be appealed to Wisconsin Supreme Court. 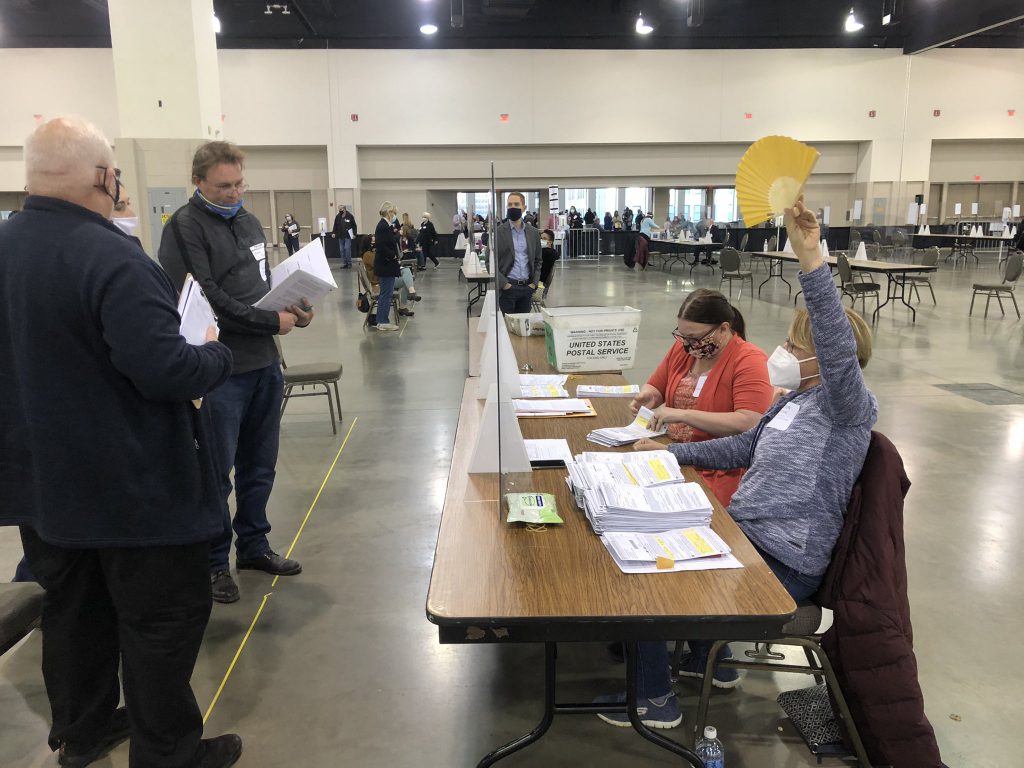 Reserve Judge Stephen Simanek rejected the Trump campaign’s challenge to approximately 220,000 absentee ballots from Milwaukee and Dane counties. Simanek said the campaign did not demonstrate an erroneous interpretation of Wisconsin early voting laws as the campaign alleged and that the recount was transparently and properly conducted.

“The bottom line here is that the court should do everything to ensure the will of the voters prevails,” he said. Joe Biden won Wisconsin by 20,682 votes, according to the certification of the court.

The decision can now be appealed to the Wisconsin Supreme Court, which last week rejected a similar case and directed the campaign to the circuit court first.

Simanek did not rule on the remedy the Trump campaign is seeking – throwing out only ballots from Milwaukee and Dane counties. “It is not the role of this court to determine the constitutionality of proposed remedies,” said the judge.

The Biden campaign strongly objects to Trump’s proposed remedy, arguing it violates both the Equal Protection and Due Process clauses of the constitution.

“They have very cynically targeted the two most urban, non-white and Democratic counties even though voters in the other 70 counties voted with the exact same procedures that plaintiffs say are unlawful,” said Biden attorney John Devaney.

Get a daily rundown of the top stories on Urban Milwaukee
Devaney argued that all the alleged violations of law were practices in place during the 2016 election, or, in the case of a Madison ballot return event, were noticed in advance of the election.

Trump attorney Jim Troupis, arguing to throw out his own ballot amongst over 200,000 others, said clerks followed guidance from the Wisconsin Elections Commission instead of the law and were attempting to use that as a “get out of jail free card.”

Quoting a prior court ruling, he said: “they are communications about the law, not the law itself.”

“The elephant in the room that Mr. Troupis did not address and that we need to be clear about is what the plaintiffs are asking you to do here. They are asking you to throw the votes of more than 220,000 Wisconsin citizens who voted in full compliance with the laws in effect at the time of the election,” said Devaney.

Simanek agreed with Devaney and other defendants’ assertions that in-person absentee ballots had a sufficient application under the EL-122 form envelope that says “application” on it and contains the necessary information. The form was created following challenges with in-person early in 2008. That challenge was the largest one levied by the Trump campaign and involved almost half of the challenged ballots.

The campaign also sought to have ballots cast by voters who declared themselves “indefinitely confined” tossed as well as those where clerks completed a known, but incomplete address (“mismatched ink”). A fourth challenge was made specifically to a Democracy in the Park event in Madison where the municipal clerk accepted previously requested ballots in advance of in-person absentee voting’s start date.

Much of the debate between the parties was made in briefs and affidavits totaling over 100 pages.

Simanek, noting there were less than 100 hours until the Electoral College was to meet, said he wanted to wrap things up quickly and was prepared to rule from the bench.

A hearing that began at 9 a.m. was over just after 10:30 a.m., unlike a federal hearing that lasted nearly all day Thursday. A ruling in that case, also likely to be appealed, is still pending.