Deaths of Wisconsin residents with Alzheimer's and dementia are up 14%. 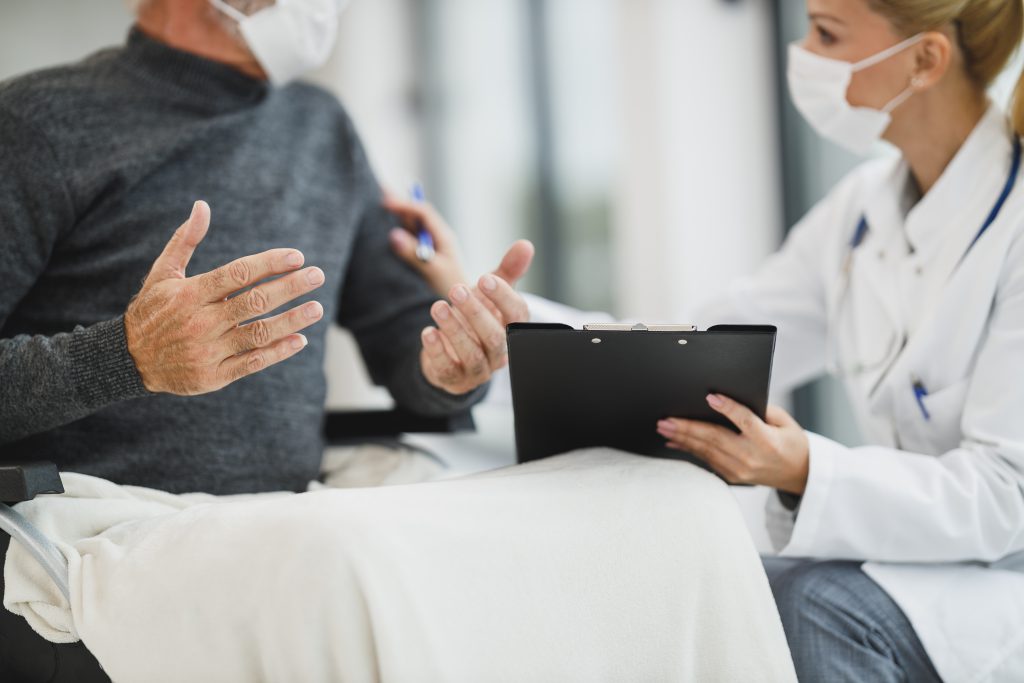 Photo of Caregiver Nurse. Photo by Direct Media from StockSnap

Deaths for Wisconsin residents with Alzheimer’s Disease and other forms of dementia rose nearly 14% during the COVID-19 pandemic, according to a new analysis — another sign of how the coronavirus has been ravaging the healthcare system.

Data from the federal Centers for Disease Control and Prevention (CDC) was reviewed by the Alzheimer’s Association, which advocates for people with dementia as well as their families.

Through October of 2020, Wisconsin deaths of Alzheimer’s and dementia patients were up 13.9% compared with the average annual deaths over the previous five years, the association stated.

“This pandemic has really exacerbated the decline of individuals due to Alzheimer’s and dementia,” says Michael Bruhn, director of public policy for the Alzheimer’s Association Wisconsin chapter. “But for someone who doesn’t have Alzheimer’s or dementia, they’re able to do things to mitigate that isolation.”

People with dementia, however, may respond with “agitation, frustration and anxiety,” he adds. “They don’t always understand what transpires in their situation.”

The pandemic’s role in so-called excess deaths among these patients this year probably appears in several ways, Bruhn says.

It’s too soon to tell how much each of those possible factors is responsible for the surge in deaths among dementia patients, however.

“We need to do additional research and study on these numbers,” says Bruhn. “We don’t have the causation quite yet.”

Still another potential contributor to the added deaths has been the separation of older people in long-term care from family members, who might more readily recognize when a loved one is taking a downturn or when a caregiving employee might be neglecting or exploiting a patient.

State nursing home ombudsmen who investigate care now have access to long-term care facilities again after initially being unable to visit because of social distancing requirements early in the pandemic, says Bruhn.

But for family members and other people in a resident’s life, “there is still a concern because we don’t have the visitation rights now, which would provide just another set of eyes” to address the quality of care.

COVID-19 — as with many other aspects of society — has shone a spotlight on longstanding challenges in the care of older people and has “exacerbated the direct care workforce shortage,” Bruhn says.

“This pandemic has stressed an already stressed system to the point where we need to do some significant reform in the state of Wisconsin to make sure our loved ones are getting the care they deserve.”