What To Expect With Milwaukee’s Recount

How does the process work? Who can watch? We explain. 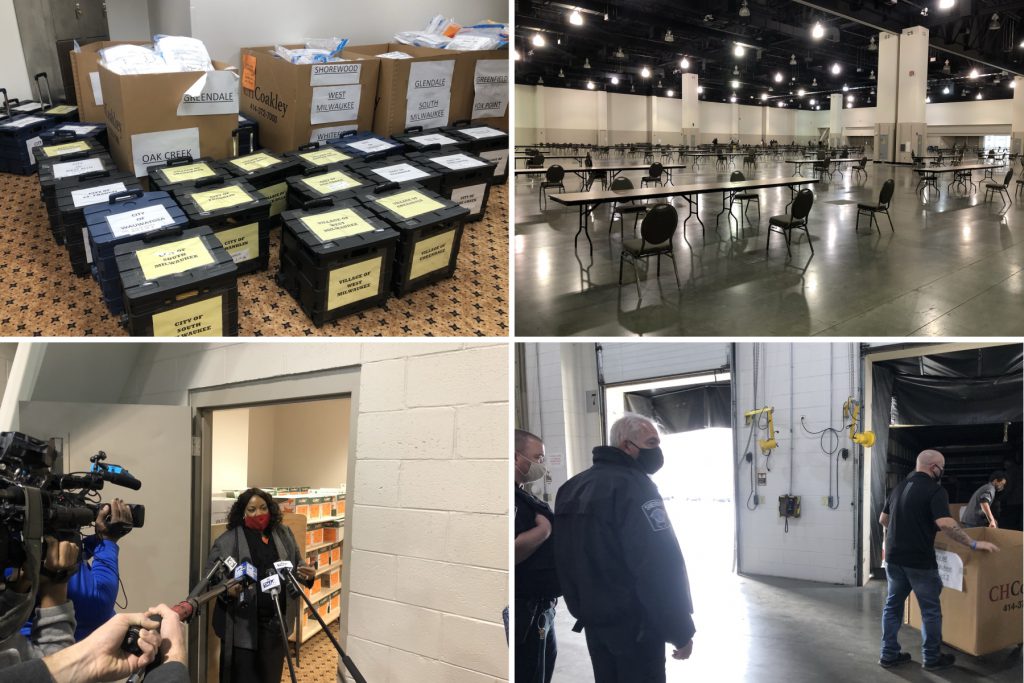 The process of recounting 460,000 ballots gets underway Friday morning at the Wisconsin Center, 400 W. Wisconsin Ave.

Paid for in advance by the Donald Trump campaign, the $2 million effort will see each of Milwaukee County’s 19 municipalities remove its ballots from tamper-evident bags, reprocess them in the presence of observers and tabulate them through freshly-calibrated counting machines. A similar effort will play out in Dane County.

The work must be completed by December 1st according to state law.

“I am an eternal optimist,” said Milwaukee County Clerk George L. Christenson during a tour of the facility Thursday afternoon. He’s hoping things wrap up before Thanksgiving.

A total of 134 tables, 50 reserved for the City of Milwaukee, stand ready for poll workers to process the ballots. Each municipality will supply the workers. Three chairs sit across from the table, set back approximately three feet. A clear, plexiglass divider sits atop each table to prevent the spread of COVID-19. Masks will be required at all times.

Ballots are stored in two secured rooms, one for City of Milwaukee ballots and the other for the suburbs. Milwaukee County sheriff deputies will guard the ballots until the process is complete, starting with when they left the county courthouse just after noon Thursday. Elections director Julietta Henry said the ballots have been securely stored in a locked room in sealed bags since the municipalities delivered them to the county.

The recount setup has been designed by the clerk’s office in partnership with the three-member Milwaukee County Board of Election Commissioners. The body has two appointees from the Democratic Party and one from the Republican Party, as governed by state law and the county results from the most recent gubernatorial contest.

Rick Baas, the Republican appointee, was on hand Thursday and blessed the process.

“If I am comfortable with it, they need to be comfortable with it,” said Baas of observers. A seated observer from each party will be permitted at each table, as well as an independent observer. Additional observers, including any member of the public that wants to witness the proceedings, can attend in person and watch from other viewing areas.

“I believe this is a reasonable distance,” said Baas of the positioning of tables and chairs. He praised Christenson for working with him on the layout.

The 186,000-square-foot exhibition hall has a capacity of approximately 2,000 according to Christenson’s plan. A live stream video on the clerk’s website will also be available for those wishing to watch remotely. The clerk estimated up to 1,000 people will attend in person.

“We are going to do this part clean, transparent and something my grandma would be proud of,” said Baas.

Any challenges will be heard by the three-member board after each ward is completed. Joining Baas on the commission are Dawn Martin and Tim Posnanski. Their proceeds will be streamed live, with a camera system setup to show the ballot in detail to those not at the table. The deliberations will take place inside the exhibition hall.

Any in-person attendee can object to specific ballots.

Milwaukee is expected to process 50 of its 327 wards per day. The 18 suburbs are expected to complete their work in one day each, with allowances made in a rolling schedule for them to take two days. Not all of the suburbs will start on Friday.

The results will be reported to the Wisconsin Elections Commission each night.

C.H. Coakley spent much of the day Thursday transporting ballots from the courthouse to the secured rooms. The company also transported the tabulation equipment the county is leasing from the city, as well as the plexiglass dividers.

Ballots will be locked in the rooms while the recount is paused overnight. A team of sheriff deputies will guard the building, with at least one member stationed at each room.

During the recount the on-site deputies will work in collaboration with the clerk to remove any participants that attempt to disrupt the proceedings.

Christenson said the process is similar to what happened in 2016, except for two distinguishing factors: the need to distance because of the pandemic and the acrimony brought on by Trump, including the decision to pursue a recount in just two counties.

“This is just another form of voter suppression trying to attack our minority neighborhoods; that’s the reason, there is no other reason,” said Christenson on Wednesday.

“Essentially the plan by the Trump campaign is to throw as much paint on the wall and see what sticks,” said the clerk. “It will show that everything was done by the book.”

For more on the recount costs, see our coverage from Wednesday. 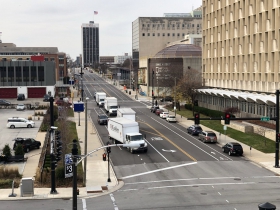 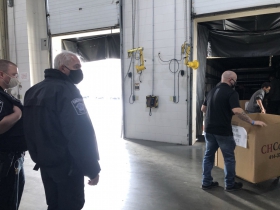 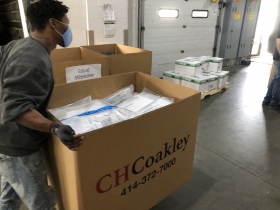 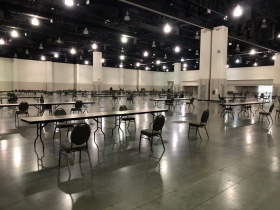 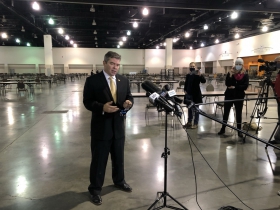 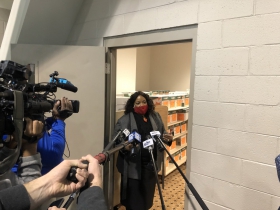