The Department of Health Services reported 7,497 new cases of COVID-19 on Thursday afternoon from 22,408 processed tests.

The seven-day case total moved to a new record high of 43,464. September, when Wisconsin’s surge started, accounted for 46,671 cases in its entirety.

“COVID-19 is everywhere in our state. It is bad everywhere, and it is getting every worse everywhere. It is straining hospitals and people are dying,” said DHS deputy secretary Julie Willems Van Dijk during a press briefing Thursday afternoon.

“Statewide only eight percent of [intensive care unit] beds are available,” said Willems Van Dijk. The state has set a new record for active hospitalizations in each of the past 12 days.

State officials continued their theme of noting that the Wisconsin Supreme Court had limited their legal options and that people needed to come together and take personal responsibility to slow the spread in their communities.

“We are getting closer to a vaccine, so let’s pull together for the next two to three months to do what it takes,” she said, imploring people to stay home when possible, wear a mask when they do go out and maintain a distance of six feet from those outside the home.

“The safest thing to do is stay home,” said Governor Tony Evers.

Evers said he had a call with Midwest governors this afternoon. They’ll have plenty to discuss.

Chicago, which has a lower per capita case rate than Milwaukee and Wisconsin, announced a stay-at-home advisory order Thursday afternoon. Minnesota is now reporting a case volume at Wisconsin’s level. Iowa has a per-capita rate greater than Wisconsin. Some states have enacted measures to close bars at 10 p.m. “The collaboration we have had has been very helpful,” said Evers.

DHS reported 264 people were newly hospitalized in the past 24 hours in its daily data release. A total of 13,771 people have required hospitalization since the outbreak began, 1,461 in the past week.

“The most important way to prevent this is to prevent the patients from needing the care in the first place,” said Willems Van Dijk of hospital capacity issues. She said the biggest issue hospitals are reporting is staffing shortages caused by having employees quarantined.

“I believe we are getting to the point where hospitals are strained and likely to run out of staff before they run out of physical space,” said Westergaard.

Westergaard said earlier this week that hospitals are reaching a “tipping point” where they might not be able to treat everyone that needs care.

The Wisconsin Hospital Association reported Wednesday that a record 2,102 people were actively hospitalized with a confirmed case of the disease, an increase of 32 over Tuesday and 355 over a week ago. Thirty days ago the total was 1,017. Thursday’s data release, scheduled for 3:30 p.m., was not available by the time of publication.

A record 14 patients were in the Alternate Care Facility in West Allis.

DHS reported 58 deaths Thursday. A total of 2,515 Wisconsin residents have died as a result of the virus, including 636 in Milwaukee County.

Get a daily rundown of the top stories on Urban Milwaukee
An average of 33.57 deaths per day have been reported over the past 30 days. Thirty days ago the rolling average was 10.87.

Since September, Milwaukee County has gone from having the worst per-capita outbreak to the 19th worst in the state, even as its case and hospitalization load has surged to record levels. 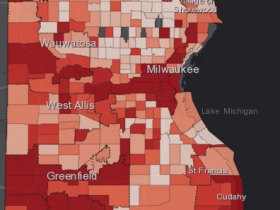 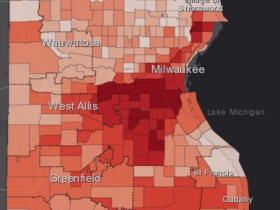 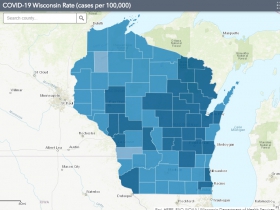 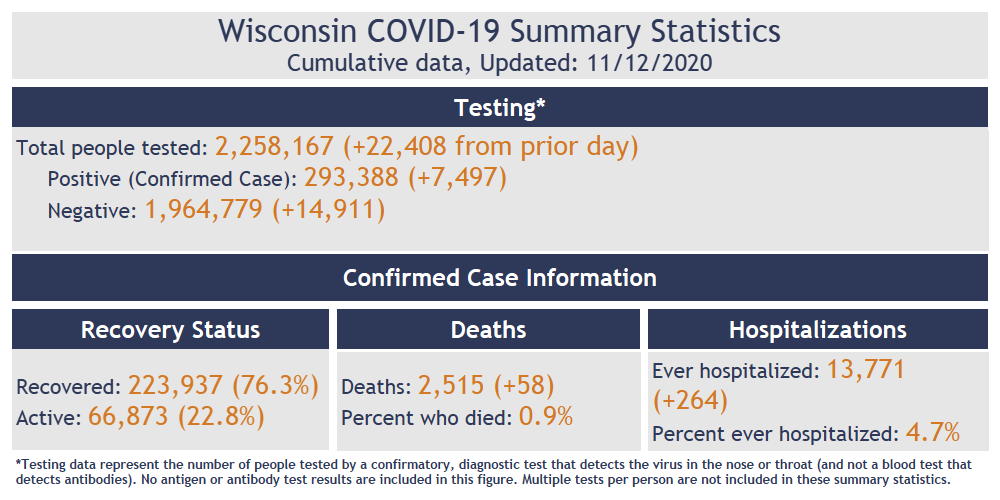 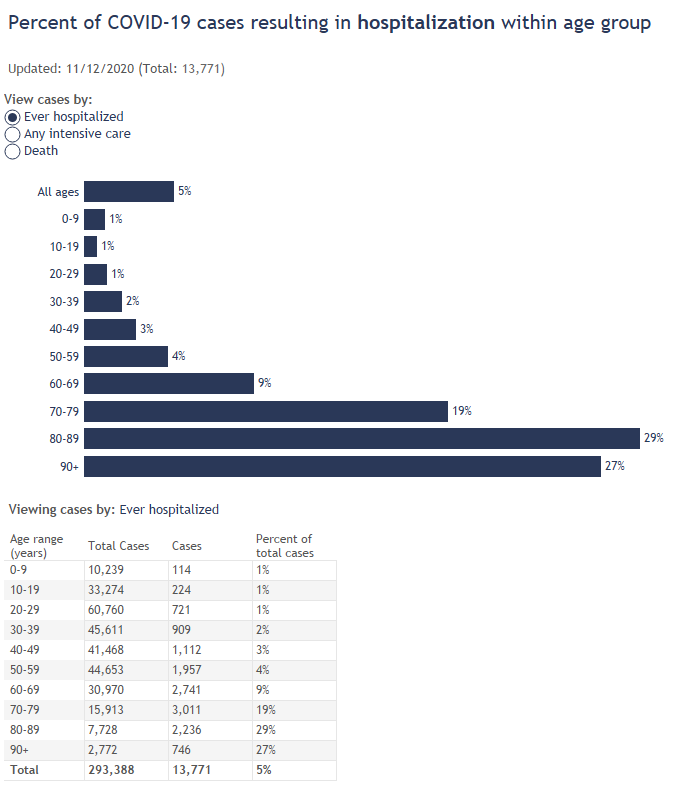