Abortion Could Become a Felony

If Roe v. Wade is overturned as expected, Wisconsin is among states with punitive abortion laws. 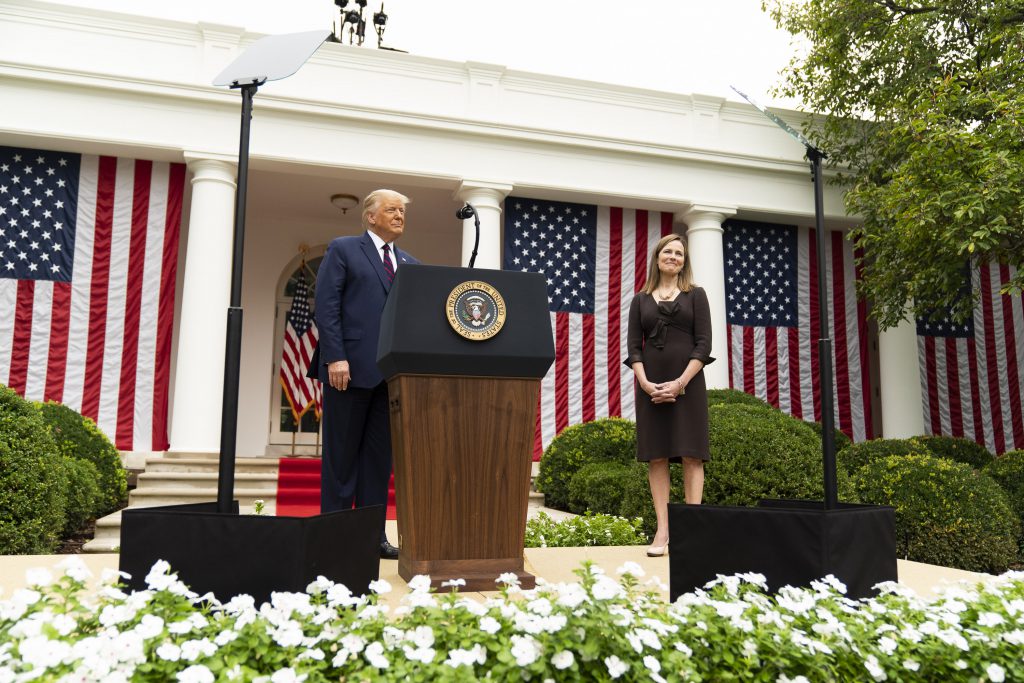 Barrett’s confirmation has created a court with a 6-3 conservative majority, which clearly endangers the 1973 decision which declared a constitutional right to abortion. While some legal experts believe Chief Justice John Roberts might side with the three liberals to oppose overturning Roe (others disagree), that would still leave a 5-4 majority to strike it down.

Such a decision would return the nation to pre-Roe days when state law determined the legality of abortion. According to the Center for Reproductive Rights, if Roe fell, abortion would likely be prohibited in 24 states.

[inaarticlead]The Center divides the state into four categories: seven states that would actually provide expanded access to abortion, 14 states plus the District of Columbia that would protect abortion with some limits on access to care, five states that have no law protecting the right to abortion, and 24 “hostile” states with laws on the books that would could immediately prohibit abortion.

Wisconsin is among the “hostile” states. Under Wisconsin statutes, “Any person, other than the mother, who intentionally destroys the life of an unborn child is guilty of a Class H felony.” The law, passed in 1849, has no exception for rape, incest or the health of the woman. “The only way an individual could legally have an abortion under this law would be if they were about to die as a result of their pregnancy,” the Wisconsin Alliance for Women’s Health has concluded.

In the short term, the end of Roe would be a dark day for many in Wisconsin: more than 6,300 women got an abortion in the most recent year measured by the Guttmacher Institute. But in the long run, it might be a positive development for those who favor abortion rights.

It was liberal icon Ruth Bader Ginsburg who expressed doubts about Roe v. Wade, because it was too sweeping a decision, that tried to do too much too fast. “Doctrinal limbs too swiftly shaped,” she said, “may prove unstable.”

Nationally, 275 facilities nationwide have closed since 2013 and “more than 11 million women in the United States live more than an hour’s drive from an abortion facility,” the New York Times has found.

The net effect is to make it far more difficult for poor women to get an abortion. “Research shows that women below the poverty level account for about half of the abortions in the United States,” the Washington Post reported. But “for 2.5 million poor women, the nearest abortion provider is more than an hour away” and a majority of them “are also subject to state laws that require at least two days to get a procedure, so two trips — or an overnight stay — are needed.”

The situation has allowed Republicans to gain votes as pro-life candidates, with no punishment from the majority of voters who, polls show, support a woman’s right to abortion. Republican voters asked to support economically conservative candidates who are also pro-life might find that hard to do if they have a wife or daughter who needs and cannot get an abortion — rather than just low income woman facing barriers.

It might be far better, law professor Joan Williams has argued, to make abortion an issue the voters decide: “open up the kind of dialogue that occurred in Ireland, where young people knocked on grannies’ doors and persuaded them to vote to legalize abortion, which — much to the distress of the Catholic Church — they did.”

Roe’s decision, based on a “right to privacy” that, as strict constructionists have argued, is not found in the Constitution or Bill or Rights, might be stronger based on the “equal protection” clause, Ginsbury argued, and which she used to win many rights for women. Better still, the right to abortion might be stronger if based on state laws fought for by a majority of voters. Because sometime in the coming year it’s likely that the Roe decision. a doctrinal limb too swiftly shaped, will be sawed off.