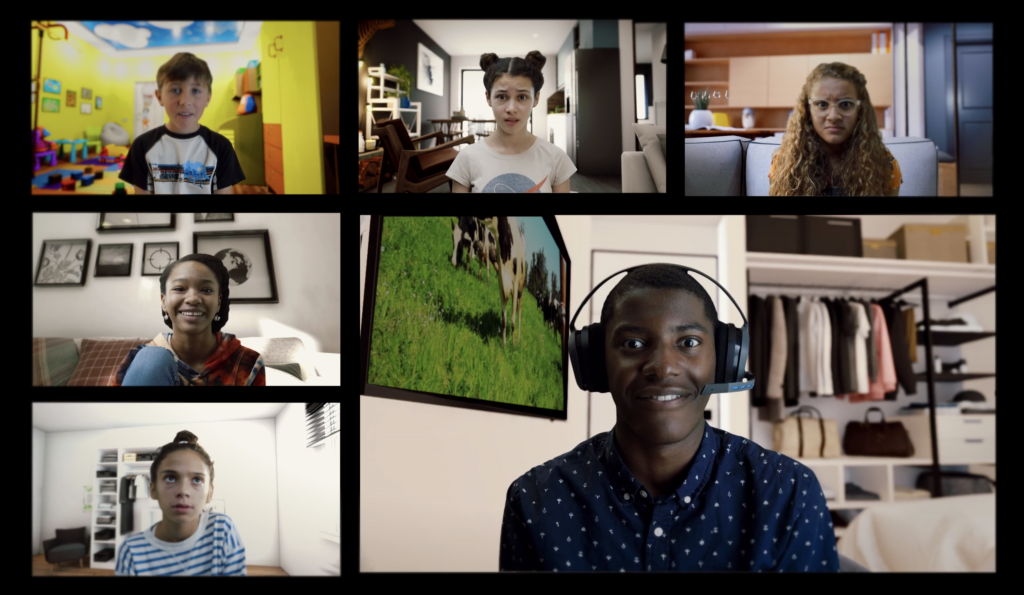 When the pandemic arrived, businesses across the globe were forced to rethink how they connected with people, and First Stage, Milwaukee’s children theater, was no exception.

Earlier this year, the company decided to have a virtual season and embrace the challenges and opportunities that came with it.

Recently, First Stage launched its latest play, a web series consisting of seven episodes titled, “The Quest for Solomon’s Treasure.” It began streaming on Oct. 4 and will conclude on Sunday, Nov. 15 but be available to watch through May.

The play follows six young Milwaukeeans as they team up to solve the clues and find the treasure. The story begins with Frannie, played by Lina Singh, after she discovers a book filled with her grandpa’s notes regarding the location of Solomon Juneau’s treasure, which was stolen from him.

In each episode, the friends try to solve the puzzle in a hunt that takes them all over Milwaukee. Every clue alludes to a piece of Milwaukee’s history.

The idea behind the story came from Jeff Frank, First Stage’s longtime artistic director. Frank, 55, was inspired by films such as “The Goonies” and “National Treasure” and had long wanted to create a treasure hunt-type story based in Milwaukee.

“When we made the decision to have an all-virtual season, we looked for a play that had the digital format in mind,” said Frank. “We wanted something that would engage audiences.”

Milwaukee has a rich history, Frank explained, and the hope was to create a play that would encourage viewers to explore it for themselves. Each week, audience members receive a clue about the treasure and are tasked with finding the answer. 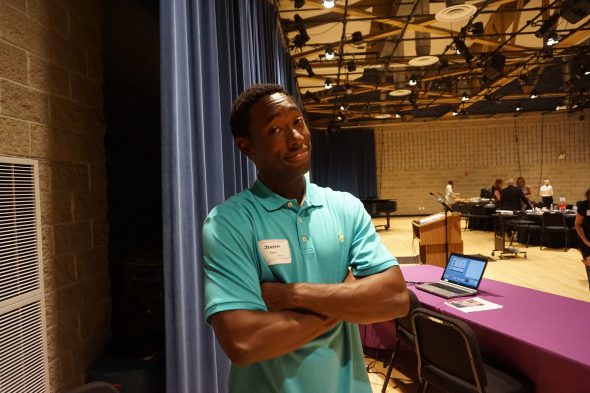 First Stage alum Jeremy Tardy returned to direct the play at the company that helped launch his career. Photo by Sarah Lipo/NNS.

Already, a woman reached out to tell him that her family watched the first episode and that her daughter is busy searching for the answer.

“We learn from our history how to better move forward,” Frank said, noting the conscious effort to represent all of Milwaukee. “There’s a balance. I think everything we do now as artists has to be conscious.”

Maclay, 48, said the play’s protagonists investigate certain neighborhoods, including Downtown, Bay View, Walker’s Point, Bronzeville, the East and North sides and more. Maclay and Frank had previously collaborated on “Nancy Drew and Her Biggest Case Ever” in addition to several other original plays.

The play “deals with a number of things but it takes a look at Milwaukee, warts and all,” Maclay said.

While Frank, Maclay and Tardy all did their own research on Milwaukee’s history, they also relied on noted historian John Gurda, who read multiple drafts of the play.

Frank and Maclay both noted that it was Tardy who took the production to the next level. Tardy turned the play into something more than a Zoom meeting, Maclay said.

Tardy, 29, got involved with the series after receiving a text from Frank asking if he’d like to direct the project.

After leaving First Stage, Tardy went on to perform in Netflix’s “Dear White People,” “68 Whiskey,”  and “Ballers.”  Tardy said First Stage provided him with his first theater experience and set him on the path to be a professional actor. Returning to the (albeit virtual) stage was a full circle moment for him.

Tardy helped the young actors with memorization techniques and technical adjustments. Being on screen is different than being on stage, he explained.

The team took care to follow Screen Actor Guild safety protocols and guidelines. This meant that actors recorded their parts solo while the technical team donned masks. The actors also relied on a green screen to explore Milwaukee. In spite of the challenges, Tardy is proud of the final product.

“The quality and look of this production don’t reflect the budget,” Tardy said. “It doesn’t look like a small budget production.”

To make the show possible, the cast and crew relied on community members and ingenuity.

Frank noted that the challenges of creating a virtual production during a pandemic taught the team the power of imagination and the ability to move forward. It is a lesson that applies to these current times, Frank said.

Ticket prices begin at $12 for one to two viewers. There is also the option to purchase the family all-access pass for the season starting with the basic package, which costs $200. For additional information, click here.