Bay View and Silver City will play host to socially-distant parades this weekend. 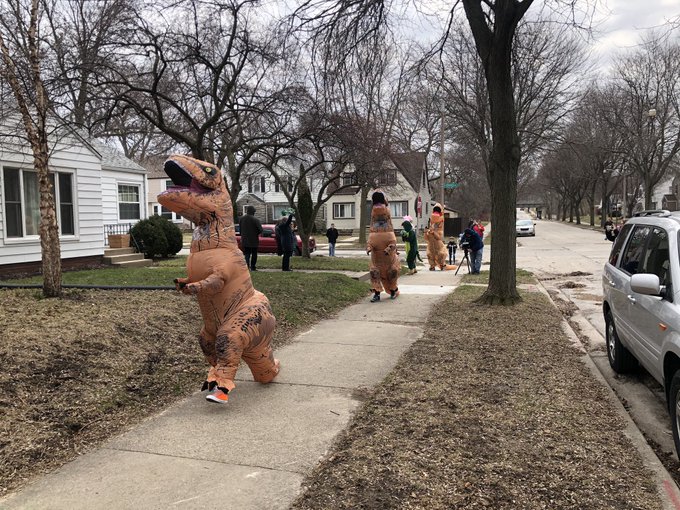 The summer of 2020 became the summer of cancelations due to the COVID-19 pandemic. Gone is virtually every event where a crowd might gather.

Normally thousands of people would fill S. Kinnickinnic Ave. to eat, drink and listen to live music at multiple stages during the Bay View Bash. But the 2020 event was canceled.

The volunteer-led street festival will transition solely to a “porch parade” that will loop through much of the South Side neighborhood starting at 7:30 p.m. on September 12th. “Featuring The Quilz, Nasty Boys and maybe even some dinosaurs,” teases the Facebook event announcement.

Dinosaurs? A group of neighborhood residents donned inflatable dinosaur costumes and led a short parade in late March shortly after the pandemic took hold in Milwaukee.

See our past coverage of the Bay View Bash and Silver City InterNational Festival. 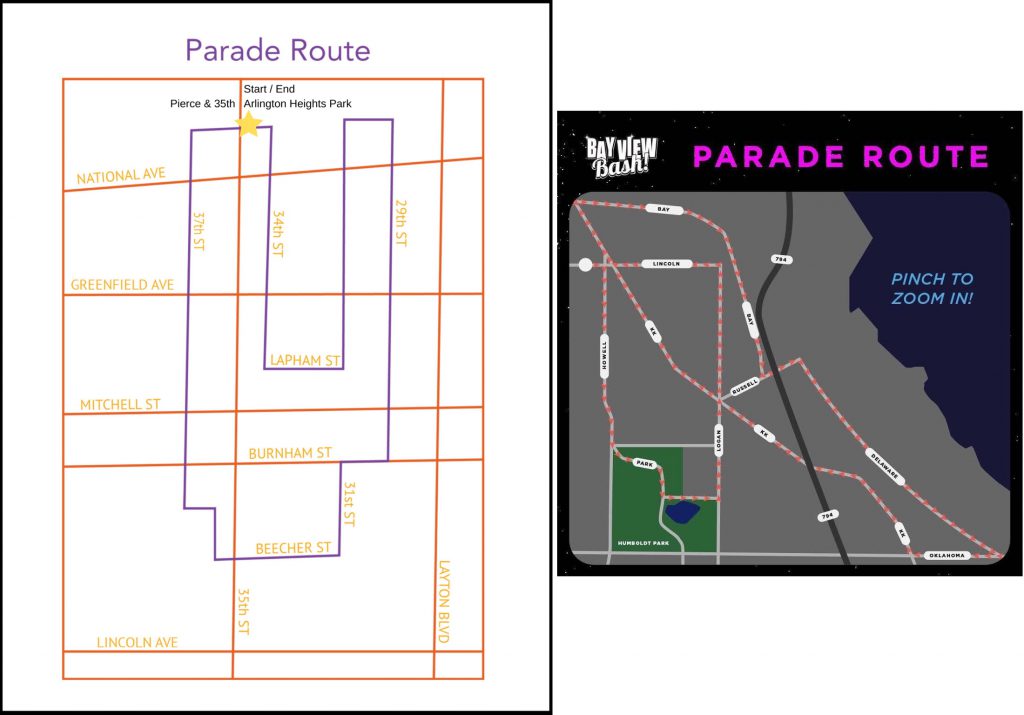