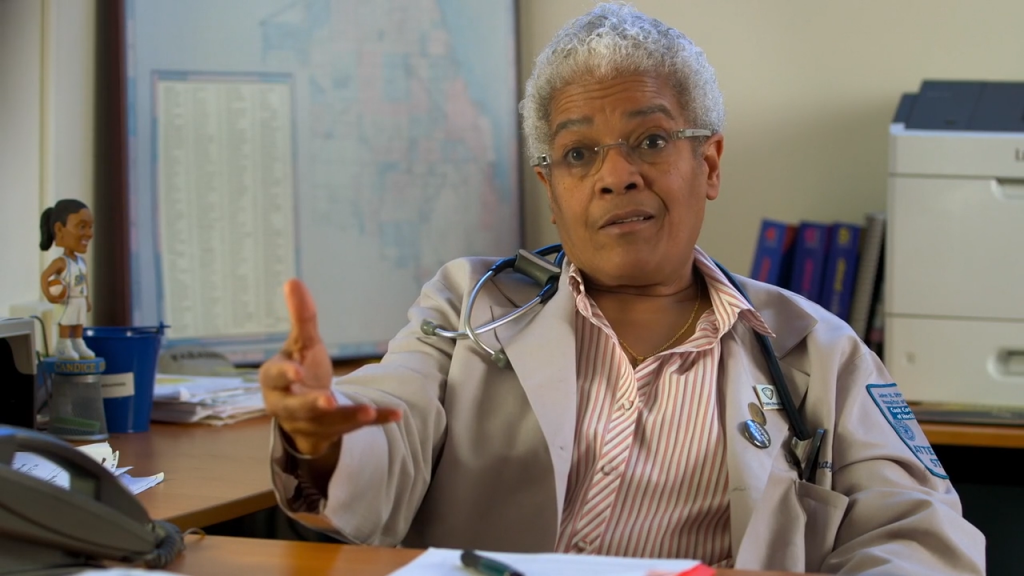 You can catch a drive-in movie in downtown Milwaukee on Thursday evening.

Milwaukee Film will screen Little, starring Regina Hall and Issa Rae, at 5 p.m. and the R-rated coming-of-age film Good Boys at 9 p.m. in the former Bradley Center lot at 1001 Vel R. Phillips Ave. Admission is $10 per vehicle per film.

The films mark the opening of the 2020 Minority Health Film Festival. The festival, the rest of which is virtual, runs through September 24th.

The festival’s emphasis on health is about more than your blood pressure, said Milwaukee Film cultures and communities director Geraud Blanks: “The guiding principle of the Minority Health Film Festival is social determinants of health.”

“It might not dawn on them right away, ‘what does a film about structural racism have to do with health?’ but we are hoping people will look a little bit further and see that all of these issues affect your health,” Blanks told Urban Milwaukee.

One of the films being shown, albeit virtually because of the pandemic, is COOKED: Survival by Zip Code, an examination of the 1995 Chicago heat wave that disproportionally resulted in deaths in lower-income areas and a look at how future extreme weather events might play out. Blanks said the message of the film pairs well with Decade of Fire, which explores the prevalence of arson and lack of response in the 1970s Bronx.

Panels will focus not on the filmmaking process, but the messages in the film. “The idea is to put together experts that will talk about how your health is affected by where you grew up and where you live,” said Blanks.

It’s the second annual health-focused festival. Blanks said the first event was successful, but also served as a learning experience. For instance: “If you show a film at 10 a.m. on a Saturday, it’s kind of tough,” he said with a laugh.

All other films will be screened virtually because of the COVID-19 pandemic. In addition to 30 feature-length films and 20 short films, there are 25 scheduled events. “All of our events will be streamed live on Facebook, Twitter and YouTube,” said Blanks. “Whether you go to the film first and then the panel, it doesn’t matter. We just hope you connect with these topics and issues.”

Each film can be watched at home for $2.99 or $0.99 for Milwaukee Film members. An all-access pass is available for $24.99. “We have tried to make this as accessible and easy for people to access as we can,” said Blanks.