New Caribbean restaurant in Walker's Point and Basque-style cuisine on East Side. 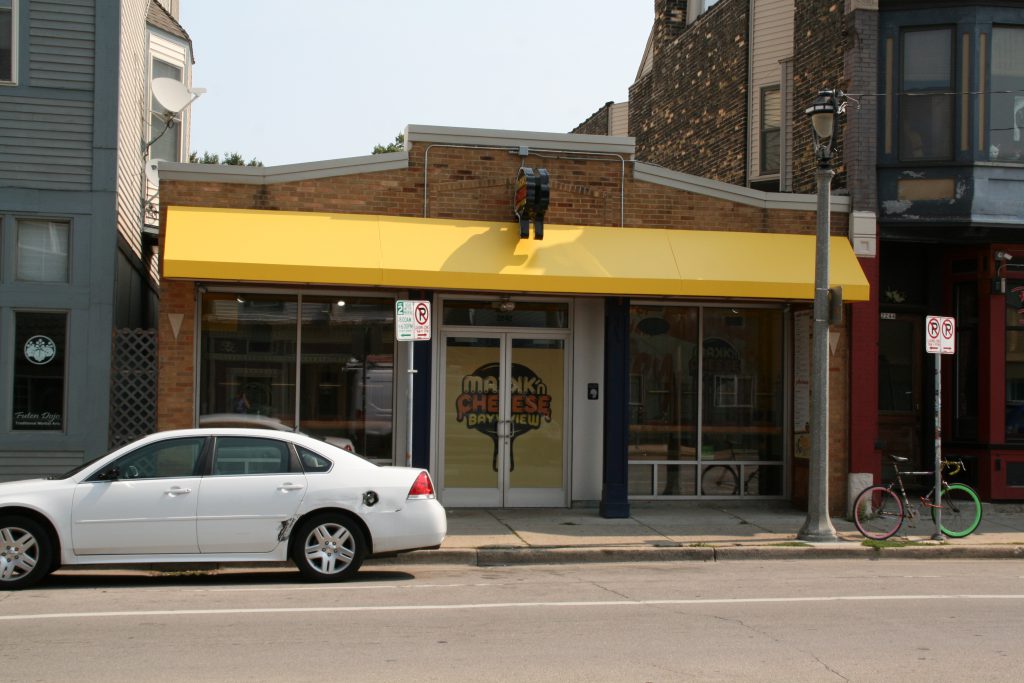 Is there any ethnic style of food not found in Milwaukee? How about Basque-inspired cuisine?

Which is a new concept at the Crossroads Collective (2238 N. Farwell Ave.). The owners of Mina have created a food stand that specialize in pintxos — think tapas, but smaller — but also serves snack plates and a selection of larger meals. OnMilwaukee’s Lori Fredrich reports:

The pintxos menu at Mina change frequently, but currently feature a variety of options from French eggs, medium boiled and served with cornichons, grainy mustard and pickled shallots ($3 each, pictured below) and medjool dates stuffed with Merguez sausage ($2 each) to chickpea fritters with preserved lemon ($2 each) and sweet piquillo peppers stuffed with Bonito tuna, potato and egg ($3 each) …

From there, the Mina menu branches off into snack plates (featuring meats, cheeses and bread) and beautiful spreads served with toast made from Rocket Baby French Country loaf. Take the BCR Spread made with white anchovy and garlic melted into olive oil and folded into whipped ricotta ($8);

There are also larger plates, from a lamb sausage sandwich topped with Calabrian chili aioli, pickled shallots and a fried egg ($8), fennel salad flavored with orange and herbs ($7) and creamy burrata cheese served with slices of fresh melon ($9).

People have been excited about a new mac and cheese joint coming to Bay View in the old Pizza Di Famiglia building (2242 S. Kinnickinnic Ave.) since the beginning of 2020. However, due to complications with the COVID-19 pandemic, Makk ‘n’ Cheese had to delay its original spring opening date. But now, the time has finally come to celebrate the restaurant’s grand opening. Milwaukee Record’s Tyler Maas reports:

True to its name (with the double “k,” of course, being a reference to “Kinnickinnic”), Makk ‘n’ Cheese will offer a variety of specialty macaroni and cheese options, including an “Elote Makk,” a “Willy Philly” cheesesteak mac, a Chili Chipotle option, and a buffalo chicken riff called “OG Buffalo Bill.” In addition to the macaroni dishes, the restaurant will also offer seven specialty grilled cheeses and tomato soup.

Mobay Cafe … is owned and operated by Nadine Dixon, a native of Jamaica whose family owns and operates Irie Palace, a restaurant long recognized for its Jamaican fare. And Dixon designed the new cafe to emulate a Caribbean island vibe.

At the bar, guests will find … a variety of Caribbean cocktails, including favorites like rum punch and the colorful, tropical Bob Marley …

Both lunch and dinner portions are available on the main menu, which features staples like jerk chicken ( … $10/$12), Jamaican curry chicken ($10/$12), curried goat stew ($12/$14) and braised oxtails ($14/$18); along with options like brown stew chicken, an aromatic (and often spicy) chicken stew that’s enjoyed throughout the Caribbean from Trinidad and Tobago to Belize and Grenada ($12/$14).

Entrees are served with a choice of white rice or rice and peas, fried plantains and steamed or shredded vegetables…

A new produce stand located at North 38th St. and W. Vliet St. is selling fresh-from-the-farm vegetables on Thursdays, Fridays and Sunday. It currently operates from 3 p.m. to 6 p.m., and is aiming to add hours on Tuesdays, Wednesdays and Saturdays. Journal Sentinel’s Carol Deptolla reports:

Why a farm stand at 38th and Vliet?

“The big reason is food justice for the area,” said Pat Mueller, the owner of Heritage West Properties who’s long been active in the Martin Drive neighborhood. She previously operated a Sunday farmers market at the nearby Washington Park Senior Center.

The stand went from idea to reality in a matter of weeks after Mueller suggested it to the Near West Side Partners nonprofit group. The group previously ran farmers markets and is a partner in the Vliet Street stand.

“We have all these vacant lots on commercial strips that aren’t being used,” Mueller recalled thinking. “What if there was a produce stand?”

She thinks the stand could be a model for other neighborhoods. The Vliet stand might be named the Oasis, Mueller said, for being an oasis of fresh produce in a food desert.

At this time of year, the stand carries items such as tomatoes, eggplant, green beans, onions, summer squash and okra. Shoppers might also find bouquets.

The new trailer – which is impossible to miss, thanks to its size and bright yellow color – will be parked at the intersection of 35th and Silver Spring daily between 11 a.m. and 9 p.m. It will serve Belli’s popular crab boil every day, along with daily specialties, including:

“(A coffee shop is) something that the city needed and everybody has been wanting and asking for,” said owner Peter Piparo.

Piparo, a contractor and carpenter, was originally thinking of putting a flooring store into the space. But his five children, who are in their teens and 20s, convinced him that a coffee shop would be better for the area.

Piparo gave the space an old-timey feel with a penny floor, lots of copper and metals, heavy woods, and a replica street with a miniature vehicle hanging on the wall. Piparo’s daughter, Ashlee, worked with artist Josh Flores to create art for the cafe and its logo.

The cafe’s COVID-19 safety precautions, include checking staff members’ temperatures, wearing masks, and cutting its capacity in half. The cafe also offers outdoor patio seating with a decorative waterfall.

Ally’s Bistro, a Menominee Falls cafe that takes pride in the fresh ingredients used in its sandwiches, salads, pizzas and brunch, has plans to open a second location in Tosa at 10460 Innovation Dr. in the Milwaukee County Research Park. The new restaurant will be called “Allly’s Powerhouse Cafe” and will be located in a 105-year-old building that is currently being restored by Mandel Group Inc. as part of its Crescent Apartments development.

Ally’s Powerhouse Cafe will be open for breakfast, lunch and happy hour with a “light dinner menu” according to a press release. It will accommodate up to 50 patrons in an outdoor area featuring fire pits and decorative lighting. This exterior terrace will connect to the guest terrace at the Marriott Springhill Suites Hotel next door. Inside, the cafe can accommodate private parties up to 50 people. The cafe is set to open sometime in the spring of 2021.

In addition to Ally’s Powerhouse Cafe, the building will house a fitness, training and physical therapy business. 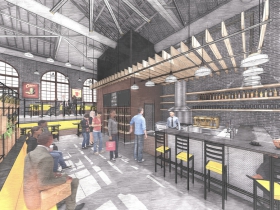 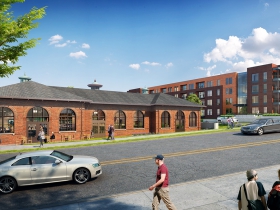 Oggie’s, a fine-dining restaurant that operated out of the Hotel Metro downtown (411 E. Mason St.), has suddenly closed after just two weeks of service. The restaurant’s entire staff of 17 employees was fired. Deptolla reports:

Oggie’s was part of a recently completed $4 million renovation of the hotel. It had hired Thomas Hauck, previously the chef-owner of the well-regarded c.1880 restaurant, to lead the restaurant, and the hotel had just become part of the Marriott Autograph brand.

Michael Falkenstein, the hotel’s general manager, said in an email that “The decision to close Oggie’s was based on both ownership and the management company.”

“Oggie’s has temporarily closed and will reopen at a later date,” the hospitality group said in a written statement. “Unfortunately, the pandemic had a greater impact than anticipated with the closure having no reflection of our dedicated team.”

…”Obviously, I’m very disappointed,” Hauck said… On Twitter, Hauck said he was “beyond gutted and angry for our hardworking staff and purveyors.”