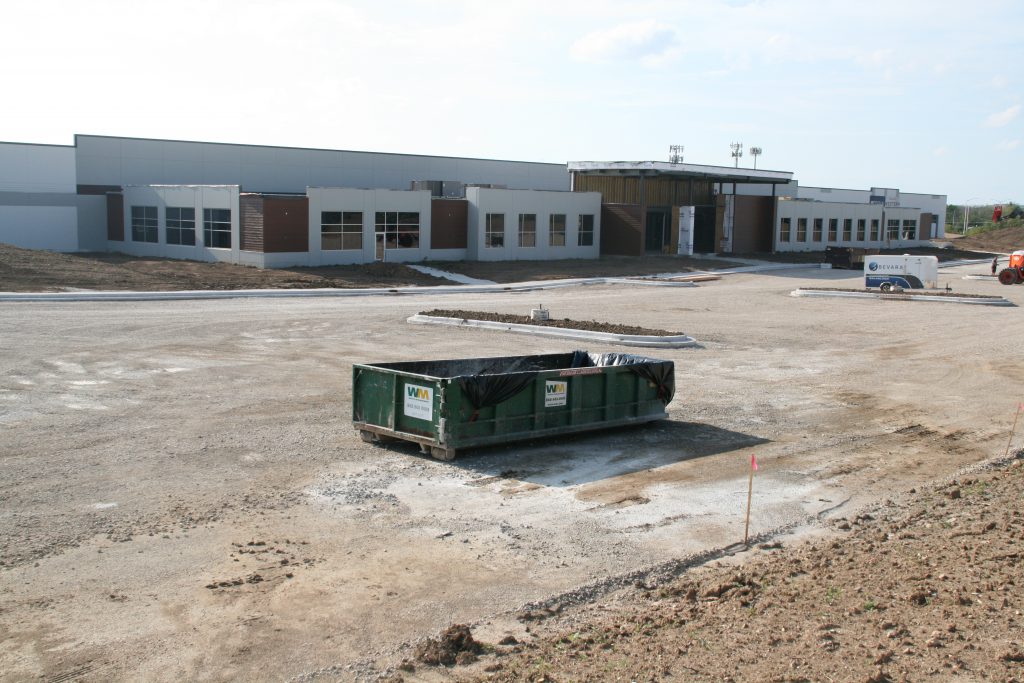 Over 200 jobs are coming to the city as part of Western Building Products new distribution facility and office building on the city’s far northwest side.

The company held a ceremonial groundbreaking on its 326,619-square-foot building at 7007 N. 115th St. in November and now it’s nearing completion.

The employee-owned millwork distributor is relocating to the city’s Mill Valley neighborhood from Wauwatosa as part of a long-term expansion plan.

The complex, which will house all of Western’s employees when it opens in the coming months, is being designed and built by Briohn Building Corporation on a 31-acre site situated between the Menomonee River and Interstate 41. Located just south of W. Good Hope Rd., the site has long been known as Joy Farms and was most recently rented by We Energies for equipment storage.

Western could eventually construct an addition with 75,805 square feet of warehouse space under a zoning plan approved by the city in 2019.

The city is providing $2.45 million via a tax incremental financing district. Those funds, effectively a property tax rebate, will offset the company’s cost in establishing sewer and water service on the site. The district is developer financed, placing the risk on the developer, not city taxpayers. Under the deal the funds would be returned to the developer only after incremental property tax revenue is generated by Western Building Products’ development. The financing plan was approved in July 2019.

Why leave Wauwatosa? “We just don’t have the room in our current facility to do some of the things we would like to do,” said Bill Zacher, Western’s representative on the project, during a 2019 hearing on the plan. That includes not only expansion, but storing a number of waste streams and rejected millwork items indoors. Zacher said Wauwatosa offered the company a site on a former landfill for free, but the project wasn’t financially feasible.

Zacher said the Joy Farms site was well-suited for the company because of its proximity to its existing location and employee residences. It also has easy freeway access and is setback from nearby residences.

“We sell about 1,000 doors a day,” said Zacher in June 2019. The facility will have capacity for up to 42 loading docks to support the company’s operation, which handles as many 26 trucks a day.

The plan by Western and the city also has the firm paying for the sewer connection costs for the 14 other properties in the area, 11 of which have homes on them. The homes would be required to connect to the system because a sewer would now run in front of their properties to service Western’s building. The distributor estimates the cost of this effort at $300,000 and said it will come at no cost to the homeowners.

The approval process became contentious, with area resident Bruce Winter ultimately deciding to run against Alderwoman Nikiya Dodd in the 2020 election. Dodd accused Winter and another family of “manipulating” the process by lying in an attempt to increase the redevelopment value of their own property. Winter did not make it past the primary election.

The Stevens family that owned the Joy Farms site previously sought to redevelop the site for retail buildings. The proposal was rejected by then-Alderman Jim Bohl.

City officials started working with Western in October 2018, a month before Dodd was elected in a special election. 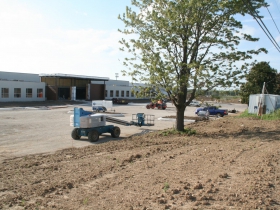 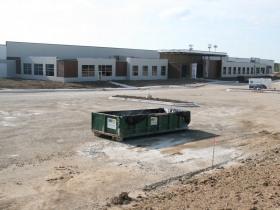 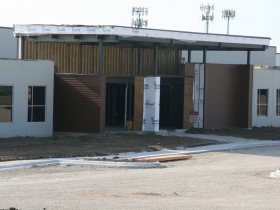 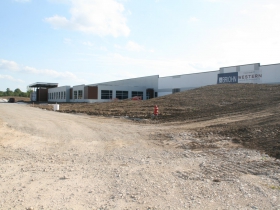 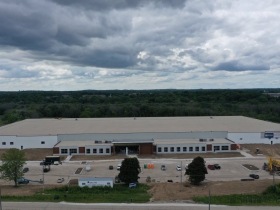