By Laurel White, Wisconsin Public Radio - Aug 19th, 2020 11:30 am
Get a daily rundown of the top stories on Urban Milwaukee 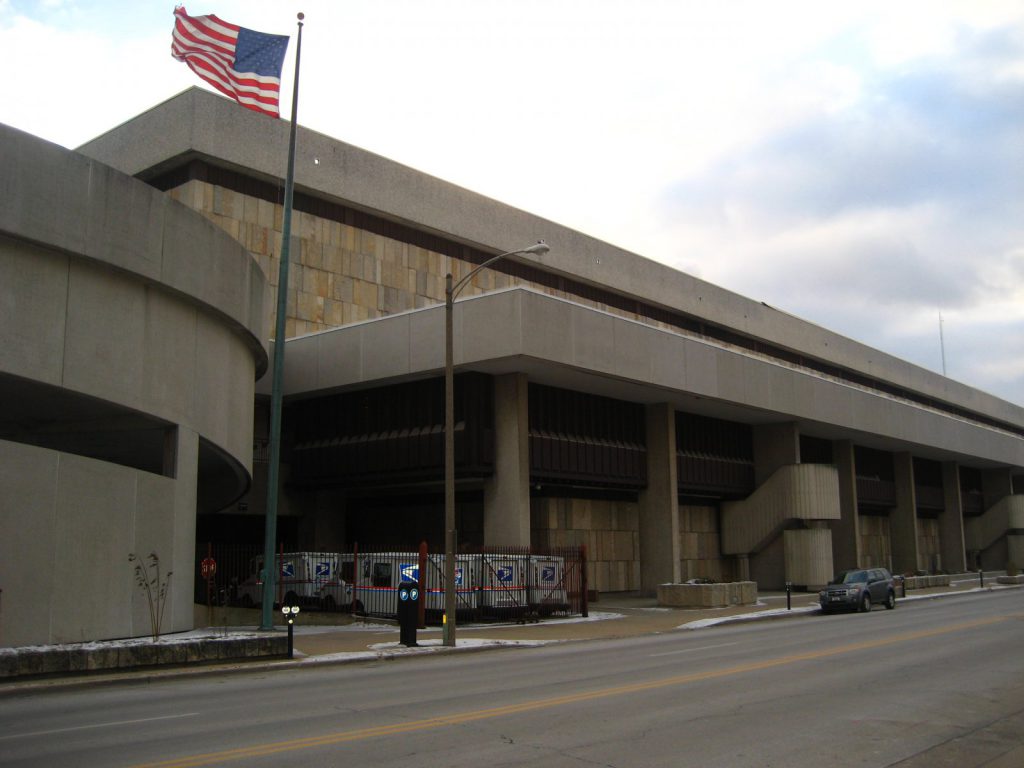 The U.S. Postal Service and its key role in the 2020 presidential election took center stage in Wisconsin on Tuesday, with members of the state’s congressional delegation clashing over the right path forward for the agency and Wisconsin Attorney General Josh Kaul announcing a multi-state lawsuit challenging policy changes there.

Democrats in Congress have sharply criticized the head of the postal service, Postmaster General Louis DeJoy, in recent days for policy changes they say will compromise the Postal Service’s ability to deliver and return mail-in ballots for the November election in a timely manner.

Those changes include the removal of mail sorting machines from processing facilities and blue collection boxes from communities. The Postal Service has also made recent changes to postal carriers’ daily workflow that make mail delays more likely.

As they decry the agency’s policy changes ahead of an expected surge of mail-in ballots in November, Democrats also point out DeJoy has been a frequent donor to Republicans and President Donald Trump, who has been critical of mail-in voting.

DeJoy walked back many of the policy changes on Tuesday afternoon, saying he wanted to avoid “even the appearance of any impact on election mail.”

He said retail hours at post offices will not change, mail processing equipment and blue collection boxes will remain where they are, no mail processing facilities will be closed, and overtime will continue to be approved “as needed.”

“We will deliver the nation’s election mail on time and within our well-established service standards,” DeJoy said.

In a prepared statement, the American Postal Workers Union applauded the backtrack, saying the changes “were designed to delay mail.”

However, Democratic U.S. Rep. Mark Pocan argued Tuesday afternoon that DeJoy’s comments aren’t enough to ensure the Postal Service will be able to do the necessary work in the months ahead.

Speaking with reporters outside a post office branch in Madison, Pocan said Congress should still pass a Democrat-backed bill that would bar any policy changes at the Postal Service until after the election.

“Words are cheap, and that’s why we need to do something stronger than what the postmaster general said today,” Pocan said.

He also said Congress needs to look into what changes have already been made, like equipment removals, and how they can be reversed.

Pocan has previously called for DeJoy, who began leading the Postal Service in May, to be fired. On Tuesday, he said the postmaster general’s actions since taking control of the agency are “reprehensible.”

“I think he’s acting as a political leader in the Trump campaign, rather than the postmaster general,” Pocan said.

The Democrats’ bill, which the U.S. House of Representatives is scheduled to take up on Saturday, would also give the Postal Service $25 million to compensate for a drop in revenue caused by the COVID-19 pandemic. The president and GOP lawmakers have opposed that level of financial support.

In addition to worries about voting by mail, the Pocan said constituents have contacted his office over the past several weeks with concerns about their small businesses facing shipping delays and losing customers as a result. He also noted many veterans receive medications by mail.

Meanwhile, Republican Wisconsin U.S. Sen. Ron Johnson, who is scheduled to oversee Senate testimony from DeJoy on Friday about Postal Service finances and operations, said Democrats have blown the changes out of proportion.

“They’re just trying to whip this thing up,” Johnson said on an afternoon call with reporters. “This is being blown way out of proportion, and that’s certainly what I’m hoping we can point out at our virtual hearing on Friday.”

The senator said the Postal Service has been struggling financially for years and the changes “should have been implemented years ago.” He noted rollbacks to carrier overtime, in particular, could save billions.

He said he believes the agency has the capacity to effectively deliver mail-in ballots for the election.

As the partisan fighting continued on Tuesday, Wisconsin Attorney General Josh Kaul filed a federal lawsuit that would block the policy changes at the Postal Service.

“The Trump administration’s attack on the USPS shortly before an election in which record-breaking use of mail-in voting will take place must be stopped,” Kaul said in a prepared statement.

Kaul’s office didn’t immediately respond to a request for comment about whether DeJoy’s backtracking on Tuesday eliminates the need for a lawsuit.

In Wisconsin’s August partisan primary, about 600,000 voters cast their ballots by mail, according to the Wisconsin Elections Commission. The commission said earlier this month that 807,440 voters have already requested an absentee ballot for the November election.

Next month, the commission will mail 2.6 million packets of information about voting to every registered voter in Wisconsin who doesn’t already have an absentee ballot request on file.  The mailing will include an absentee ballot application and a postage-paid return envelope.