But the percentage of tests coming back positive isn't falling dramatically.

COVID-19 continues to spread across Wisconsin even as testing increases according to new figures from the Wisconsin Department of Health Services. Week-over-week, the number of tests processed was up 69 percent.

But even with the increase in testing, the 3,098 tests processed over the past 24 hours is below the state’s reported capacity of 11,047 tests.

The number of tests coming back positive set a new high on Thursday at 334. The increase comes as the state reported a positive test rate of 10.78 percent in the past day, exceeding the April average of 9.57 percent.

The percent of new tests coming back positive went above 10 percent for the first time in five days. The figure is one of six criteria the state is monitoring as part of the Badger Bounce Back plan.

“The trend is the important thing,” said Dr. Ryan Westergaard, Chief Medical Officer of the DHS Bureau of Communicable Diseases, during a briefing Wednesday. “We want to see a sustained move in the right direction. We have been a little flat going between nine and 11 percent.”

Even as testing has expanded in the past week, the rate has not fallen dramatically. Over the past seven days 9.1 percent of tests have been positive while testing has increased 69 percent week-over-week.

A total of 3,098 tests were processed in the past 24 hours, the third-highest total reported over the length of the outbreak. DHS reported a daily testing capacity of 11,047 across 50 labs.

The death toll from the virus has reached 316, with eight new deaths in the past 24 hours. DHS reports that 181 of the deaths have occurred in Milwaukee County. The county’s residents represent 2,940 of the 6,854 confirmed cases according to state data. Testing access has increased in Milwaukee with community health centers launching drive-thru testing.

The cumulative hospitalization rate for those with confirmed cases has fallen to 22 percent (1,512 people) over the length of the outbreak after peaking at 30 percent, but the state does not have hospitalization data in 20 percent of cases (1,388 cases). 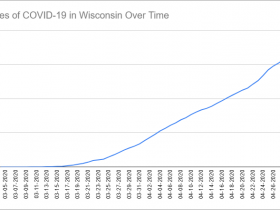 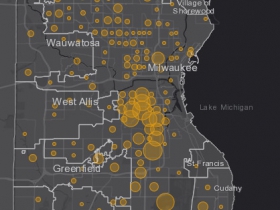 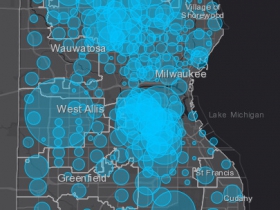 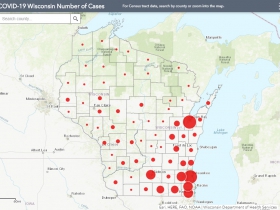