Half of State’s Restaurants Shut Down

Many may never return. Even for those doing carryout, business down by 50%.

By Corri Hess, Wisconsin Public Radio - Apr 28th, 2020 11:05 am
Get a daily rundown of the top stories on Urban Milwaukee 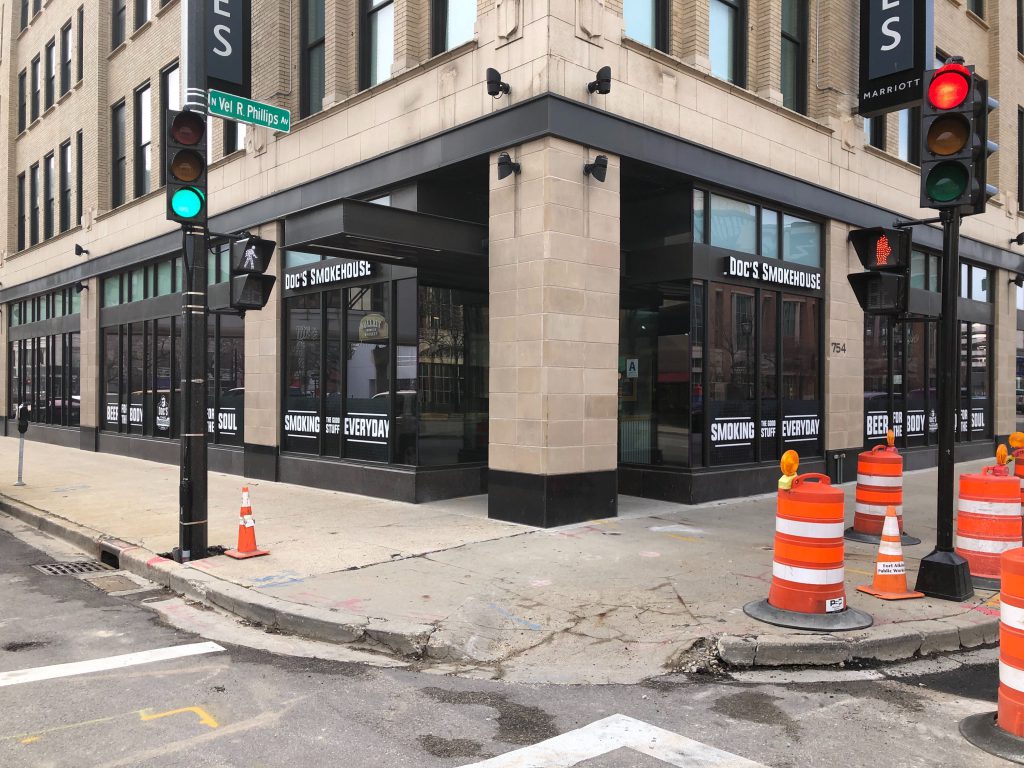 DOC’s Commerce Smokehouse is one many restaurants that is temporarily closed due to the pandemic. Photo by Jeramey Jannene.

The kitchen is packed with chefs and managers preparing carry-out orders.

But the dining room has been empty since the state ordered all Wisconsin restaurants and bars closed on March 17 to help prevent the spread of the new coronavirus.

Wisconsin Gov. Tony Evers and the state Department of Health Services (DHS) says these measures are working. But for many, COVID-19 is having more of an effect on their financial well-being than their health.

One in four Americans have lost their job or income due to the pandemic. And perhaps no industry has been hit harder than restaurants and bars.

The Wisconsin Restaurant Association says at least half of state’s establishments have shut their doors completely during the pandemic. Others, like Odd Duck, began offering carry-out services.

Melissa Buchholz, the owner of Odd Duck, said making the transition to carry out was hard, because the restaurant had never offered it before.

“We literally didn’t have bags or to-go boxes, we had to re-write the whole menu for something that would work for carry-out,” Buchholz said.

Business at Odd Duck is down 70 percent, but for now, they’re holding on. The restaurant normally has 36 employees. Now, they’ve got 14 employees. They self-isolate, to stay healthy and keep the restaurant running.

“It literally feels like you are a failure every day, but you have to tell yourself it’s a win; considering the circumstances,” Buchholz said during a virtual event hosted by Opportunity Wisconsin.

Odd Duck has created a pantry to feed its workers. And tips the working employees are given are donated to those who have been laid off from the restaurant.

Buchholz considers herself lucky. The restaurant has been in business for eight years. It is established, has good cash flow and is out of debt.

“If this had happened in year two of business, we would not be standing at this point,” she said.

Kristine Hillmer president and CEO of the Wisconsin Restaurant Association said even restaurants that are open for carry-out have seen a reduction in revenue between 50 and 70 percent. And when the pandemic ends, as many as half of the state’s restaurants could permanently close. 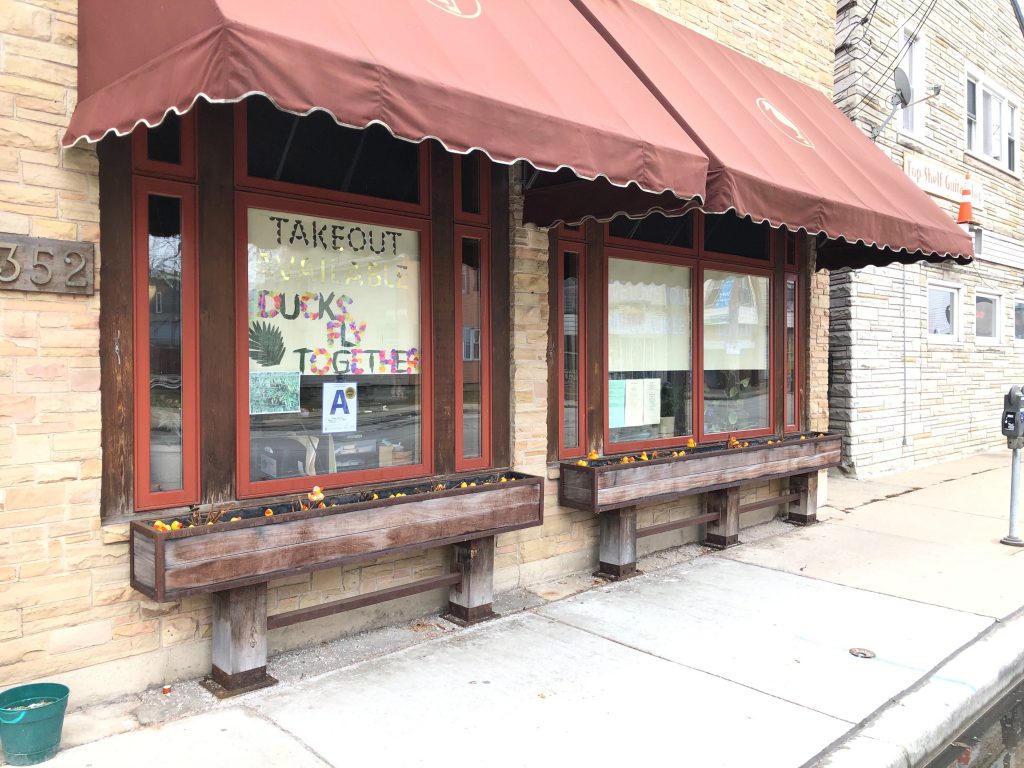 “Some have just decided to close their doors right now, and focus on reopening,” Hillmer said. “The longer this goes, the less likely that is going to be.”

Some restaurants tried to convert to carry-out but stopped after a few weeks. That’s what happened at Bounce Milwaukee, a restaurant and inflatable sports arena.

Becky Cooper-Clancy, the owner of Bounce, said March is usually the restaurant’s busiest month. This year, sales were down 80 percent.

A small staff briefly remained for carry-out orders. But now most employees have been furloughed, given severance packages and promised jobs when the economy is better.

Tony Marquez, owner of La Estacion in Waukesha, says he doesn’t know how he’s going to pay for the restaurant or his personal bills. Often, he doesn’t sleep at night.

He’s currently keeping his restaurant open for carry-out in an attempt to survive.

“We didn’t create this,” Marquez said. “We were working, running our business. Next thing we know the carpet is moved from our feet and we are left out to sea. If you can swim, swim. If you can’t, you can’t.”

In early April, small businesses could begin applying for loans and grants contained in the $2 trillion federal stimulus package known as the CARES Act.

But the restaurant association’s Hillmer said there are still a lot of unknowns and likely many restaurants won’t be open in time to take advantage of the federal programs.

Some of the uncertainty lies in the fact that qualifying for the federal programs depends on business’ ability to have workers back by June — which wont be the case for many restaurants.

“We are really busy trying to save our businesses,” Buchholz said. “We don’t have time to slog through millions of miles of paperwork and websites. We just need to know what to do to get through this so we can get back on our feet and come through this so we can come out the other side and be stronger than ever in summer.”