By Corri Hess, Wisconsin Public Radio - Mar 16th, 2020 11:21 am
Get a daily rundown of the top stories on Urban Milwaukee 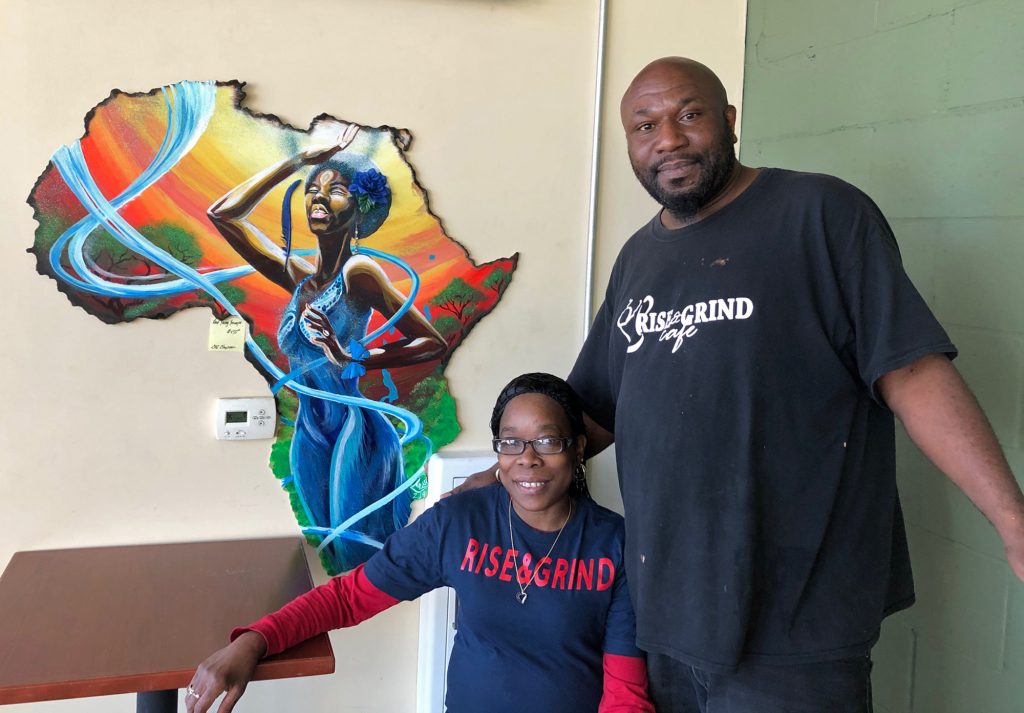 Corey Strong, right, was a political junkie and history major in college. But disinterest kept him from voting in 2016. Strong is pictured here with Michelle Patrick at Rise and Grind Cafe in Milwaukee. Photo by Corrinne Hess/WPR.

On a recent morning at Rise and Grind Cafe in Milwaukee’s Bronzeville neighborhood, cafe employee Corey Strong talks to regulars and employees about his favorite topic: the city’s history.

Strong is somewhat of a local savant. Born and raised in Milwaukee, he was a college history major and has been a political junkie for a long time, voting twice for former President Barack Obama. But disinterest kept him from voting in 2016.

This year is different. Strong’s dislike for President Donald Trump has him much more engaged in the upcoming presidential election.

“I disagree with the president so much … I want to see a change,” Strong said. “So if that means voting for a Democrat or a person with ideas similar to mine, but not so much mine. Or that are far left of what right is, I will do that.”

Wisconsin’s voter turnout in the 2016 election was the lowest it had been for any presidential race in nearly 20 years. And predominantly black neighborhoods in Milwaukee reported some of the biggest declines.

Democrats have vowed to focus on Milwaukee turnout — as shown by their decision to host the Democratic National Convention there this July. But Republicans are also making overt appeals to Wisconsin’s African American voters, even though they historically vote overwhelmingly for Democrats. 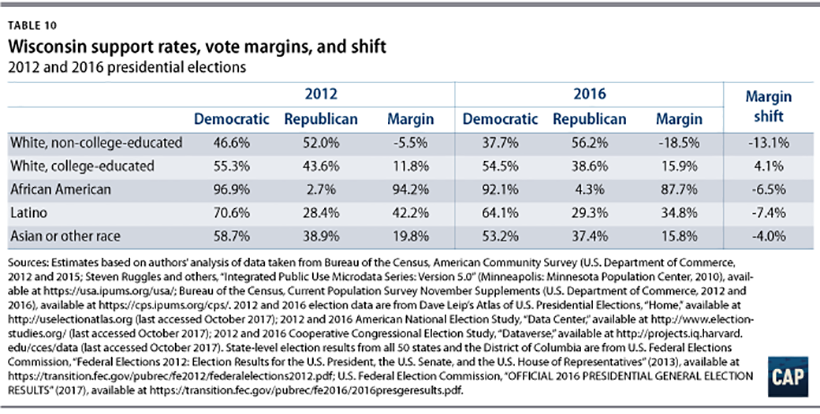 Table from the Center for American Progress

The Republican Party of Wisconsin opened its first field office in Bronzeville — a predominantly black neighborhood just north of downtown Milwaukee — in February. Within two weeks the office was vandalized.

Just five blocks away, at Rise and Grind, Strong and others say they see the GOP office’s location as a bold move.

Strong explained that when African Americans were not allowed inside white-owned clubs and hotels before the civil rights movement, they created their own entertainment district in Bronzeville.

Larina Hightower is the owner of Rise and Grind. She said the fact that the GOP opened an office in a predominantly black neighborhood shows her African Americans have power in this election.

“The fact that they have it on King Drive and I’m sure they know that a lot of people are Democrats, and they don’t have our support, well it’s a pretty bold move,” Hightower said. 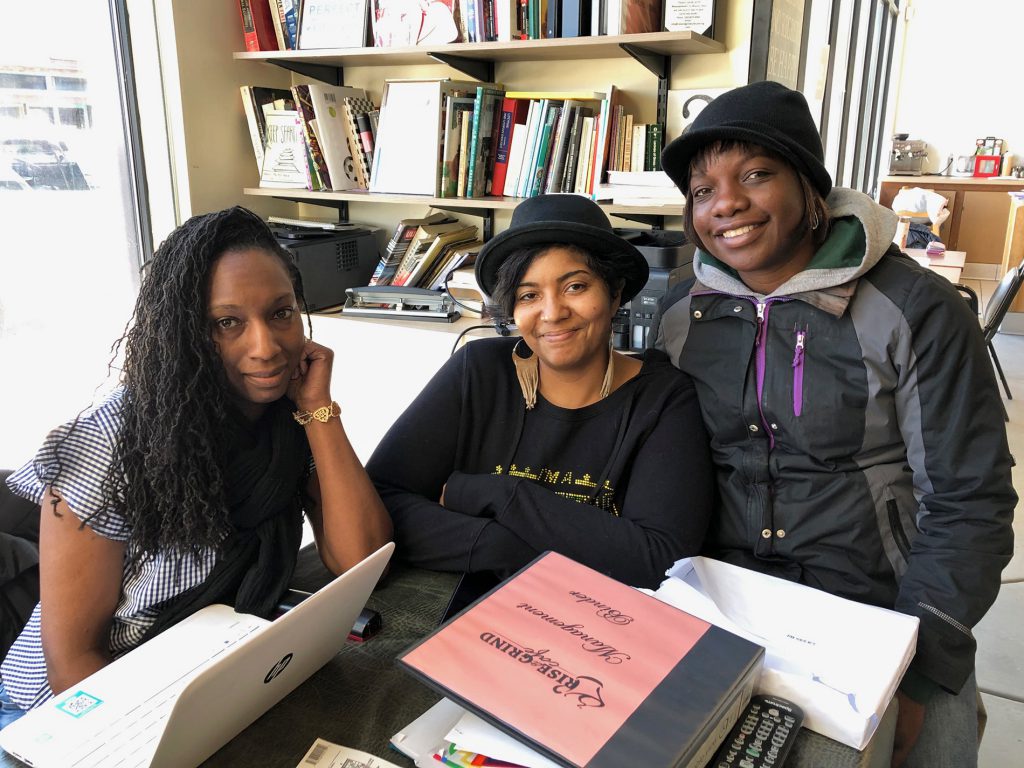 Larina Hightower, left, Baboonie Tatum, center, and Nieisha Riseling, right, said they are surprised the Wisconsin GOP opened an office on King Drive in Milwaukee. Hightower, one of the owners of Rise and Grind Cafe in Milwaukee said it must be a sign the black vote is important, so she said she plans on using her vote wisely. Photo by Corrinne Hess/WPR.

The GOP office is staffed by Khenzer Senat, the party’s African American outreach director who until now has worked in other field offices across southeastern Wisconsin.

Senat said the reaction has been positive when people walk in off the street.

Mark Jefferson, head of the Wisconsin GOP, said he knows the party has done a poor job of reaching out to people of color, particularly African Americans.

“I don’t sit here and say we’re necessarily going to win in the city of Milwaukee this time around,” Jefferson said, “But if we get more votes out of that area than we have in the past, then we are going to be making improvements necessary to win this state.”

According to U.S. Census estimates, voter turnout for African Americans was down about 7 percent nationwide in 2016 compared with 2012. In Wisconsin, according to the Center for American Progress, it was down 20 percent. 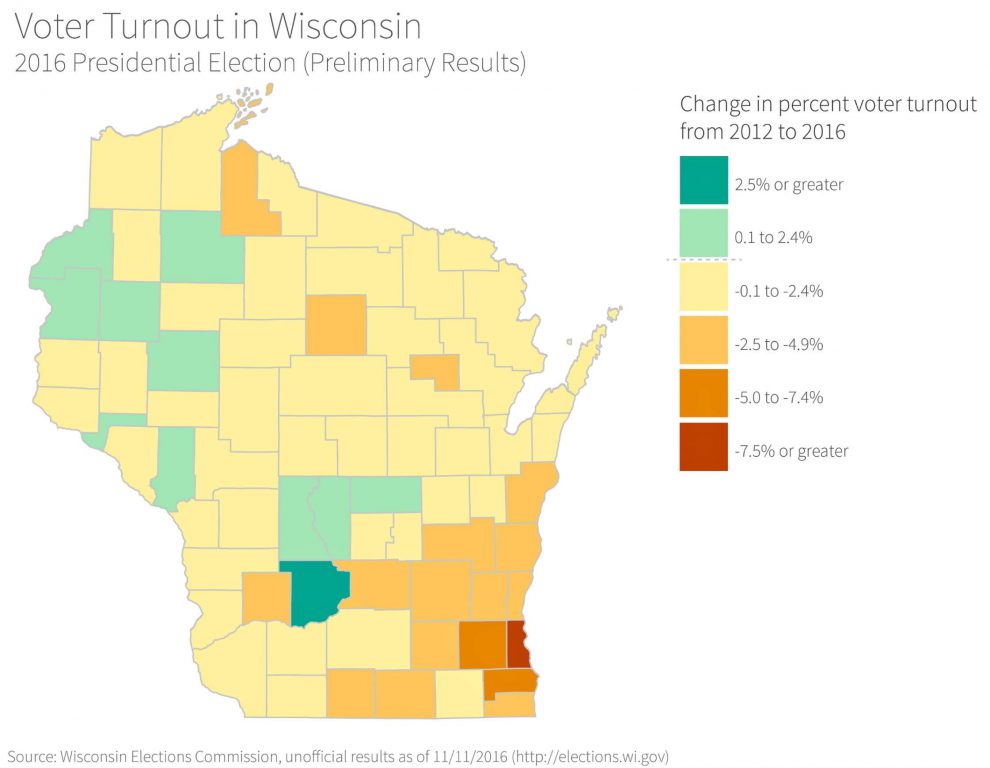 “I don’t sit here and say we’re necessarily going to win in the city of Milwaukee this time around,” Mark Jefferson, head of the Wisconsin GOP, said, “but if we get more votes out of that area than we have in the past, then we are going to be making improvements necessary to win this state.”

Felesia Martin is the first vice chair of the Democratic Party of Wisconsin. She said all voters are being paid attention to, but the African American voter has been watched very closely since Democrat Doug Jones won a special election to fill a Senate seat in Alabama.

That 2017 win has been credited to black women going out to vote for Jones.

Martin said she believes efforts made by Democrats since 2016 could produce a record number of black voters in Milwaukee this November.

“We’ve been on the ground 365 days a year since 2016. Especially in 2017 we really ramped up our organizing, so I think we are really going to do well,” Martin said.

After dismal voter turnout in Milwaukee in 2016, a group of community organizers and former union leaders formed BLOC — Black Leaders Organizing for Communities — to get black voters re-engaged in politics and help Democratic candidates more meaningfully engage with the community.

BLOC’s political director Rick Banks said getting people to believe their voice matters has been difficult.

“The biggest portion of the vote is the non-voters,” Banks said. “People were like, ‘Whatever, Republican or Democrat, it’s all going to be the same.'”

He continued, “People feel like they don’t have power and that no matter who they vote for things aren’t going to change. For us, we change that to say, the power rests with us. And we have to fight for and hold people accountable for the things we want to see.” 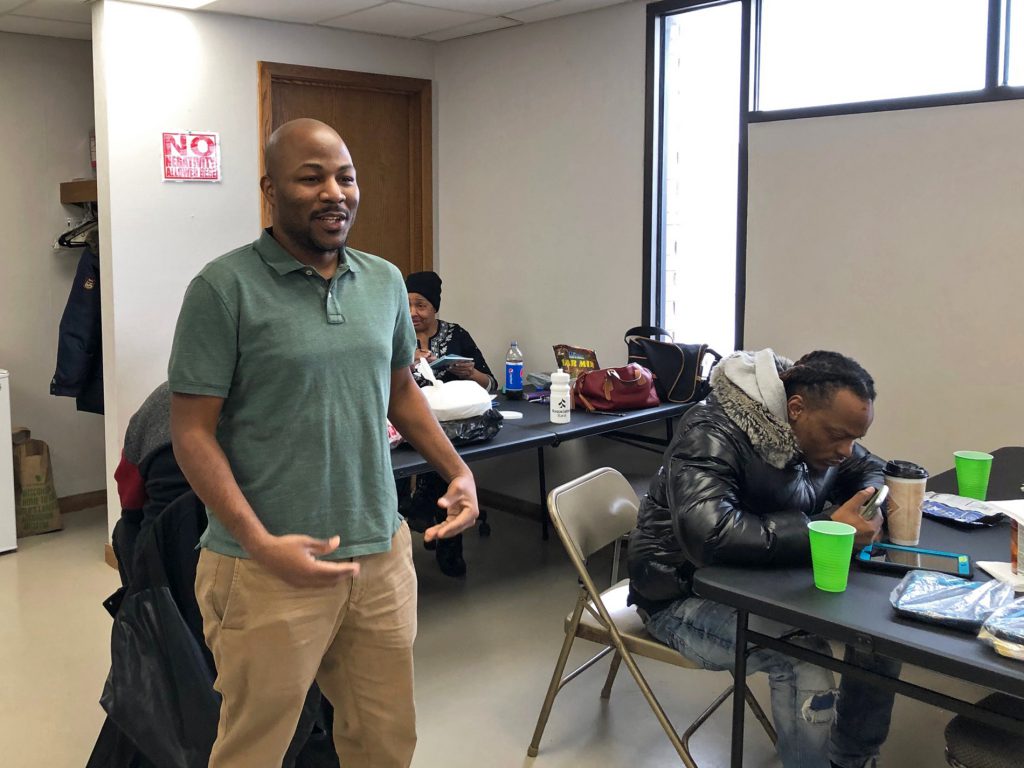 On Milwaukee’s north side, BLOC canvassers spend eight hours a day going door to door, asking residents what they’re concerned about and if they can leave literature.

Banks said black voters were energized by the Obama presidency, but eventually disheartened because they didn’t feel like their lives improved. He understands that sentiment, but wants African Americans to realize the importance of this presidential election.

“As much as people might hate it, there’s some legitimacy to voting for the lesser of two evils, if that’s what you consider it to be,” Banks said. “There’s big things at stake here. We have climate change. We have racial justice issues.”

Despite all the efforts of both Democrats and Republicans, there are still people who don’t believe their vote matters. 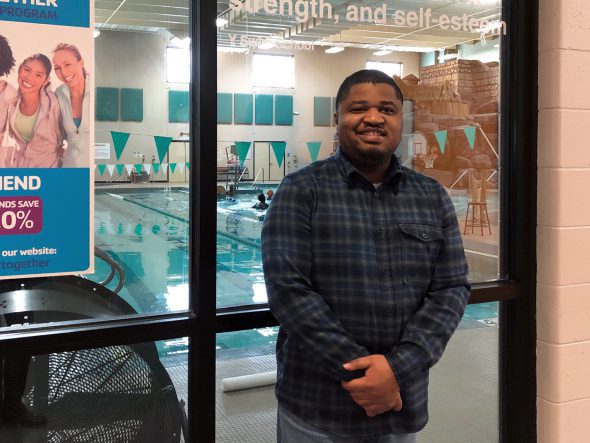 Kartier Scott said he votes in every local election, but he doesn’t think voting for president matters. Photo by Corrinne Hess/WPR.

Kartier Scott is one of them.

Scott, a black man living in Milwaukee, said he votes in every local election. But after voting for Obama in 2008, he hasn’t voted for president since.

In November 2012, Scott drove to his polling place and former elementary school, Bruce Elementary, on Milwaukee’s northwest side and sat in the car for about 15 minutes before driving off.

“I remember sitting in there, and I was thinking, ‘I really want to vote, but does my vote really count?'” Scott said.

He’s still not sure if he’ll vote in this election.

“The closer we get to voting I think that’s where I’ll make a decision,” Scott said. “I’m not fully against voting. If I had to make a decision today? Probably not.”