So Many Great Musicians 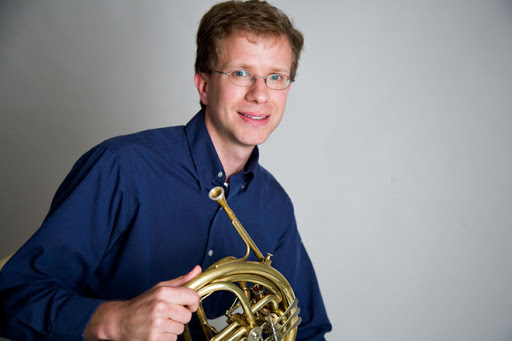 Matthew Annin. Photo from the MSO.

Frankly Music’s Monday, March 16 concert has been rescheduled to Monday, May 11. The performance remains at Wisconsin Lutheran College.

Milhaud’s (1892-1974) wrote La cheminée du roi René, Op. 205  in 1939, structured as a suite drawn from a film score. The film, Calvalcade d’amour, tells tales of love and chivalry in the court of René I, a Medieval count in Provence, France. The Medieval tableau uses a Debussy inspired palette to variously describe the pageantry of the court; opening with a song at daybreak and closing with a nocturnal madrigal. The brief miniatures make the most of wind quintet colors. Although rarely heard in Milwaukee, this work has been a favorite among wind players.

Spanish composer Turina (1882-1949) created La oración del torero (The Prayer of the Bullfighter), Op. 34 in 1925, offering evocative images influenced by his studies in Paris with Debussy, Ravel and Fauré. Two contrasting moods evolve in vivid imagery. The excitement and tension of the crowds in the bull ring contrast with the devotional prayers of the bullfighters as they prepare in a chapel below the stands for their next fight.

Elizabeth Dalton describes the program: “The cello seems to represent the voice of the hero, heard alternating between a ‘paso doble’ theme (reminiscent of the bull ring) and freeform recitatives (in the style of flamenco verses, or ‘coplas’). Impressionistic sections grow increasingly passionate as the toreador approaches the potentially fatal spectacle, a test of both his courage and his honour. Then in a dreamy reflection full of longing and hope he makes his prayer that he will be protected and with this reverie the music calms to finish in a quiet glow. ” The work seems less program music than a sonata-form exploration of the two contrasting moods.

Written first for a family of Spanish lutes, Turina arranged the piece for string quartet in 1926.

Mozart (1756-1791) wrote his Quintet for horn and strings, K. 407  in 1782 and it could be viewed a concerto for horn. To match the mellow middle range of the horn Mozart selected two violas among the four string instruments. The deeper sonority and graceful lyricism frame a playful work well attuned to the timbre of each instrument. James Leonard praises the effect. “In the central Andante the tenderness of the horn is matched by the gentleness of the violin, producing a duet of graceful perfection and profound humanity.”

Commissioned to write a work that revealed the true character of each instrument, Spohr (1784-1859) wrote his Nonet in F, Op. 31 (c1814) for wind quintet and string quartet. He adjusted the range of the strings by replacing the second violin with a double bass. Almond admires “his way of maximizing the unique qualities of each instrument. You never feel that any instrument is being overpowered.” Although overshadowed by his contemporary Ludwig van Beethoven, Spohr enjoyed a reputation as salon composer. This work remains sensitive to the differences among the instruments, offering an intimate glimpse into the roles of each player.

Chamber ensembles permit an audience to focus on the unique contributions of each player. With a varied palette of string and wind players, this concert seems designed to present each voice in its best light. The evening’s program celebrates the terrific players that make up the core of the Milwaukee Symphony Orchestra.

The concert begins at 7:00 p.m. next Monday, March 16 at Wisconsin Lutheran College‘s Schwann Concert Hall – located at 8815 W. Wisconsin Ave. Reserved seat tickets ($35) may be purchased at the door or in advance through the Frankly Music website or through the Wisconsin Lutheran College box office: 414-443-8802. Student tickets are available for $10. Free parking is available in a parking garage to the east of the hall.

Almond will retire from his position as Concertmaster of the MSO this Fall. He will invest additional energy growing the Frankly Music series and supporting young chamber musicians through the Milwaukee Youth Symphony Orchestra program. Almond will share his vision for this work with the Monday night audience.