Just one confirmed case in Dane County and person has recovered.

By Isiah Holmes, Wisconsin Examiner - Mar 3rd, 2020 02:34 pm
Get a daily rundown of the top stories on Urban Milwaukee 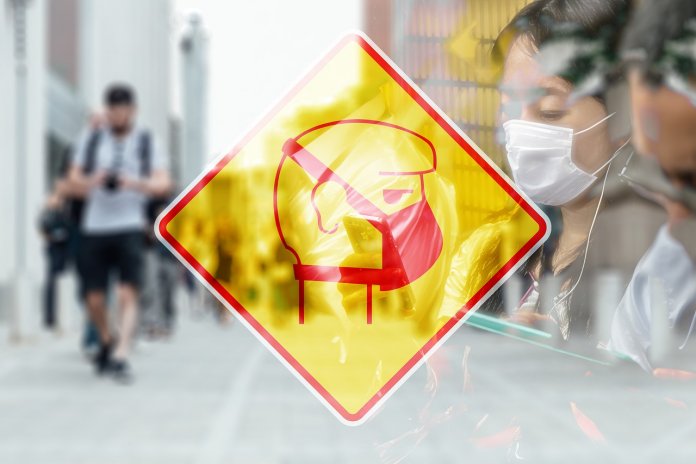 In Wisconsin while the original patient has reportedly recovered, concern has grown over new potential cases reported in the City of Milwaukee.

Four individuals in Milwaukee entered voluntary quarantine after returning from a trip to China, officials said Feb. 28. The U.S. death toll for coronavirus rose to six after an outbreak was reported in a Washington State assisted living facility. The risk of infection in Wisconsin, however, remains quite low. A single confirmed case of the virus has been detected in Dane County, in a person who has since recovered.

“We were all relieved last Friday to learn that the one confirmed patient that we have been following for a number of weeks has been released from isolation and is doing well,” said Jeanne Ayers, Wisconsin’s state health officer. “Tests have come back negative, and so we have been able to resolve that first case. Today, at this point, the number of people who’ve been under investigation for COVID-19 is 18 who have tested negative.” According to Ayers, two more tests are currently pending.

Testing for the illness has improved, after Chinese scientists recently released the virus sequence to the Centers for Disease Control and Prevention (CDC). Dr. Allen Bateman, assistant director of the Communicable Disease Division at the Wisconsin State Laboratory of Hygiene at UW-Madison, said it took CDC one week after receiving the sequence to develop testing kits.

However, during quality control tests, many labs noticed a problem with the kits, which marked some samples as “inconclusive” even though, Batesman says, they should have been negative. The issue has since been resolved, and did not arise again when a new batch of kits arrived. “The availability of testing at both the state lab and the Milwaukee city lab will mean faster results and increased testing in Wisconsin,” he said.

Despite the encouragement, health officials are still advising people to be cautious. Whether it’s covering your cough, or even putting your hand over your heart instead of shaking hands. Ayers recommends normalizing such habits, “just to be safe,” she said during a press briefing. Beyond possible contact with COVID-19, influenza is a much more immediate issue for Wisconsin. To date, over 20,000 cases of influenza have been reported this season.

“We are at very high activity for influenza, probably near peak, or at peak, at this particular point,” said Tom Haupt, respiratory disease epidemiologist and influenza surveillance coordinator for the Department of Health Services (DHS). “The hospitalizations over the last week have been over 500, which is amazing for this time of year. So we want people to, again, be aware of not only the COVID-19 but also the influenza virus that is currently circulating.” Three deaths have been reported in Wisconsin due to influenza, including a child in Milwaukee.

Regardless of the flu’s proximity, the deaths generating blaring headlines are those associated with COVID-19. Over 88,000 cases have been reported globally, according to the World Health Organization. Nearly 3,000 deaths have been reported, mostly in China and the Philippines, but generally dotted across the world.

“Many of the deaths that have occurred, especially in China, have been in the older population,” Haupt told Wisconsin Examiner, “which is very consistent with what you would see, especially with almost any respiratory kind of a virus.” Haupt also added, “many of the patients that we are aware of also had underlying conditions which would have made them more susceptible to a more severe illness due to COVID-19.

Haupt explained to the Examiner, “we really don’t know how long,” a person remains contagious even shortly after recovering from the illness. COVID-19, although part of a group of viruses including the common cold, is new. Researchers are still scrambling to study the virus structure, what makes it unique, and are still developing precautions and vaccines against it. “We have to keep in mind that this is still relatively early in the investigation,” said Haupt, “and more information will be coming out on that from the CDC. But right now, we don’t have an answer to that one.”

The good news is that coronavirus is susceptible to disinfectants, making good hygiene one of the best tools Wisconsinites accustomed to flu season can deploy against infection. Whether it’s flu or COVID-19, symptoms may include fever and a cough. If you become ill, health officials advise that you remain in your home. If you’re a recent traveler and feel you may have had contact with COVID-19, contact health authorities so that they can monitor  your situation.