Gentle Drama Gets a World Premiere

Wisconsin playwright Erica Berman’s ‘No Wake’ is sweet but flawed, as is the production. 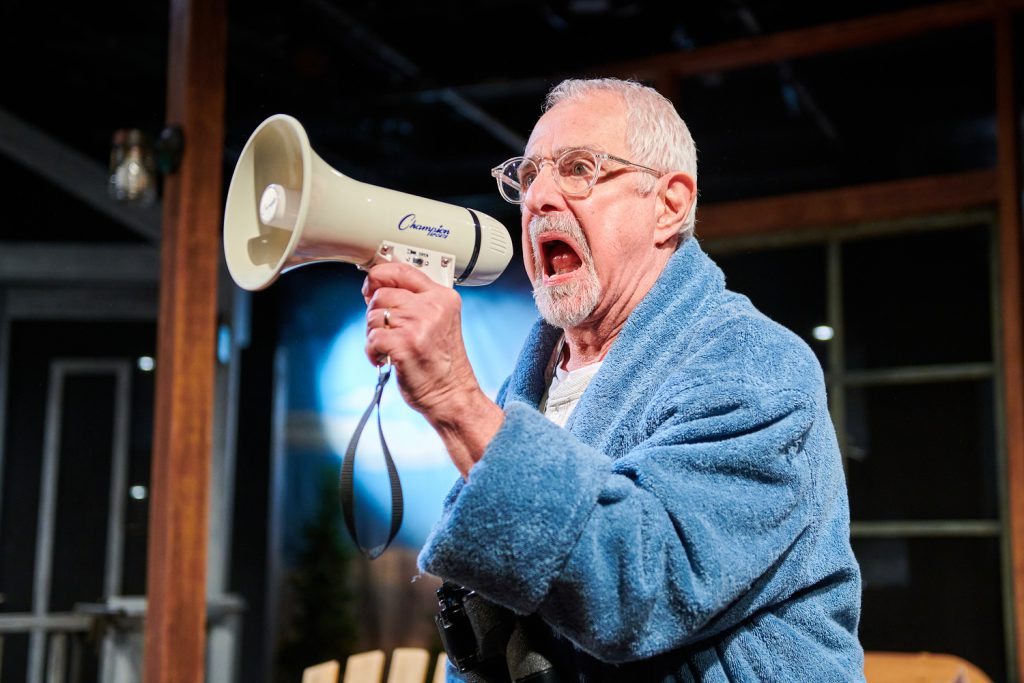 Like an injured fledgling bird, Erica Berman’s new play has been coaxed and nursed toward mature life through 2017 readings In Madison and now a main stage world premiere at the Milwaukee Chamber Theatre studio theater through March 15, largely because its sweet story has attractive wings — direct simple humor and quiet character revelations about living and dying from far different generations that usually don’t talk to each other so openly.

It takes place on the back porches of two lake cottages side by side in New Hampshire. One is being cleaned by a flippant smart-mouthed cynical teenager, played by Hannah Shay. The other participant from a much older and richer heritage is an irascible old loon watcher, played by Robert Spencer, taken to yelling No Wake through his bullhorn at every boater or jet skier who stirs up the waters across from a protected loon nesting area.

Trying not to break the naturalism appeal of how the interchanges develop, Berman has created in No Wake very short episodic encounters, some funny, some poignant, the best one involving old Life magazine covers, each dropping a new piece of a simple puzzle as the generations learn to tolerate and even latch on to each other.

Shay gets a lot of mileage from the impish delivery, irreverence and self-loathing manner of the teen. Spencer, a veteran actor who knows just how to bend a line to reveal its joke, relishes those moments when the old timer loses his temper and fights for control. It’s more the production’s fault than the actors that they both miss some less frontal confrontations that would reveal character insights more gently.

One unsolved difficulty of the play is that there is too much time between episodes and then some encounters that neither the attractive multidimensional lake setting of designer Jody Sekas nor the thoughtful lighting by Alexander Ridgers can turn into believability.

The playwright tries to bring in a canoe lake rescue as a natural moment, some candy bar eating when talking to the loons, some remarks addressed to a wooden carving that has its own loony secrets and some efforts at natural dialogue reflecting the difference between college education and the hard knock school of life.

Neither playwright Berman nor director Kayleigh Kitzman recognized in this production that some internally revealing observations need to be thrown away or glanced off rather than played to the bone. Any chances to soften the nature of the observations to keep them from seeming so obvious have been overlooked by a director who should have worked harder to help a novice playwright see the problems that prevent a fully realized slice of life. 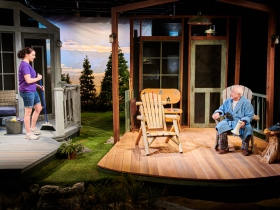 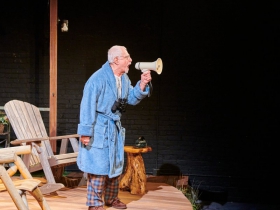 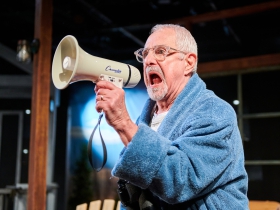 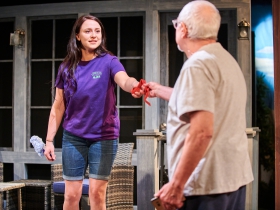 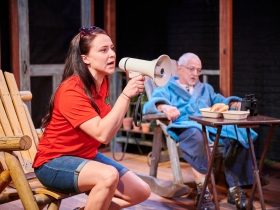 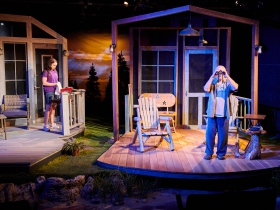