Grant will be used to rehabilitate a runway at Mitchell International. 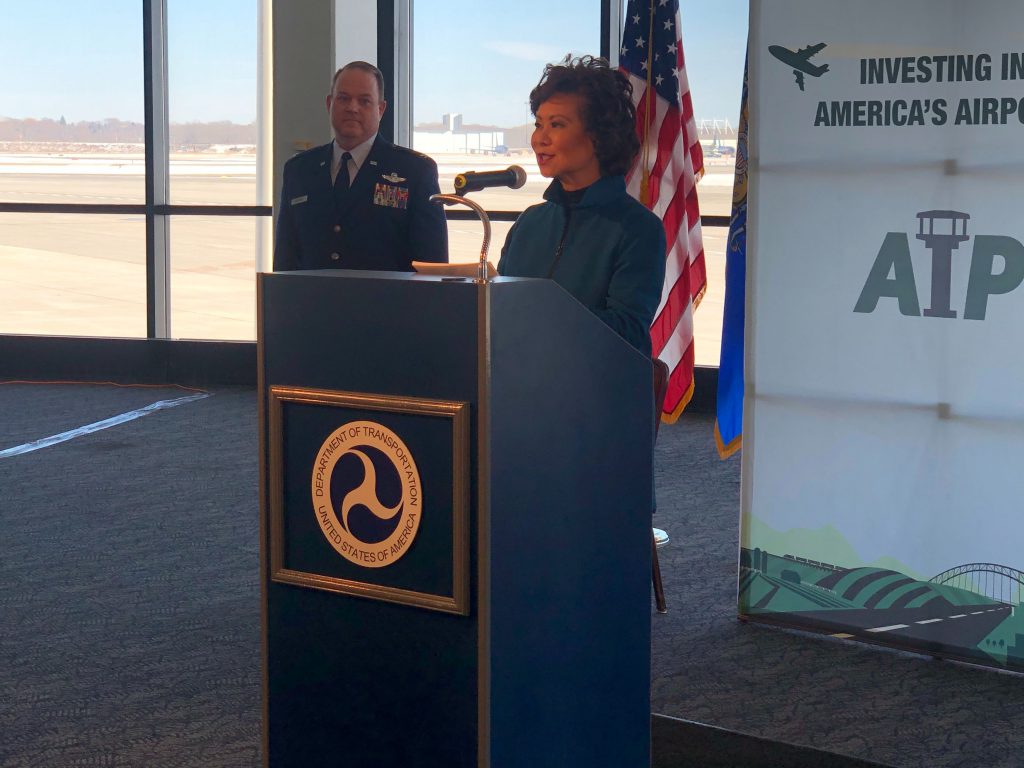 Milwaukee will receive $600,000 in federal funds to rehabilitate its primary runway at Milwaukee Mitchell International Airport.

The award, part of a $520.5 million national allocation to 247 airports, was announced Wednesday afternoon by U.S. Department of Transportation Secretary Elaine Chao at a press conference at Milwaukee’s airport.

“This $520.5 million in federal support to airports across the country will help to keep our nation’s airports in good shape and make air travel a better experience for passengers,” said Chao.

As part of the grant, Wisconsin will receive an additional $15.5 million to support projects at small and rural airports across the state.

The grants announced Wednesday will support airport projects in 41 states.

Chao was joined at the announcement by airport director Brian Dranzik and Colonel Shawn Gaffney, vice commander of the 128th Air Refueling Wing. The Wisconsin Air National Air Guard occupies the eastern side of the airport and will benefit from the new runway.

Dranzik said the funding, which will require a local match, will be used to repair a portion of the primary north-south runway. The airport has five runways, two of which are used for commercial service. Flight schedules will not be impacted by the work said the director. Dranzik said the county routinely studies the condition of its runways and makes improvements. The last comprehensive study was conducted two years ago.

The county-owned airport has undertaken a number of customer-focused initiatives over the past year including adding a coat check for travelers heading to warmer climates, adding new restaurants and vendors to the concourse and launching a new marketing campaign.

Outgoing County Executive Chris Abele has also advanced plans to convert the unused Concourse E, where Wednesday’s press conference was held, into a new international terminal and to reconfigure the airport’s security checkpoints.

According to Chao, since President Donald Trump took office in 2017 the administration has made grants supporting 2,000 airports in all 50 states and nine territories.

The grant follows a $15.9 million grant announced last week by the U.S. DOT for a agricultural export facility at Port Milwaukee.

Chao flew commercially via Delta Air Lines to Milwaukee. Her flight was delayed, which resulted in the press conference starting 45 minutes late. She did not take questions after the event.

It was the first time the Secretary of Transportation has visited Milwaukee’s airport since Norman Mineta in 2004. 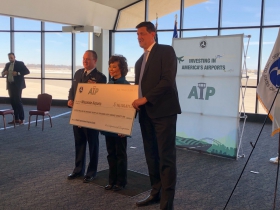 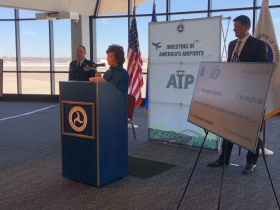 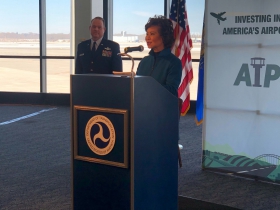