By Rob Mentzer, Wisconsin Public Radio - Feb 17th, 2020 10:54 am
Get a daily rundown of the top stories on Urban Milwaukee 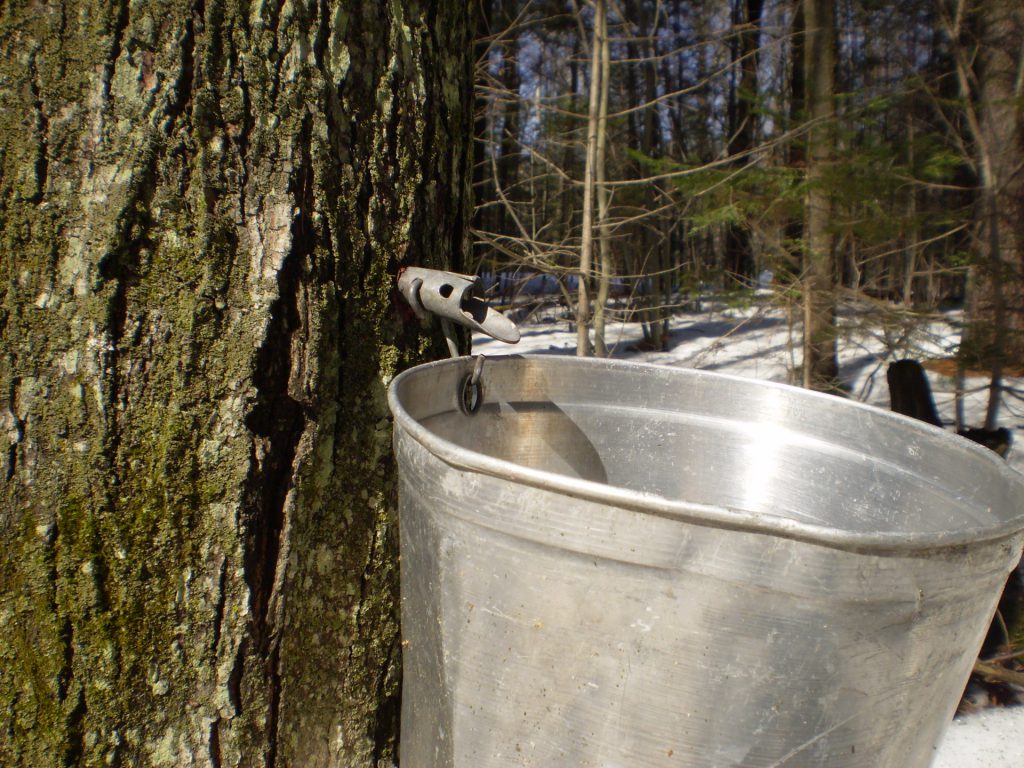 Boiler attached to a maple tree. Photo is in the Public Domain.

According to projections by federal scientists, if carbon emissions aren’t cut back, the state will become much less hospitable to the sugar maple, along with a host of other tree species, including northern white cedars, paper birch trees and quaking aspens.

“These are some of our beautiful, iconic species of the Northwoods,” said Linda Parker, a forest ecologist with the Chequamegon-Nicolet National Forest.

Parker, who has worked with the 1.5-million-acre national forest land since 1991, spoke as part of a series of seminars at the University of Wisconsin-Stevens Point. Scientists with the Chequamegon-Nicolet were part of a pioneering group who published a Climate Change Response Framework now in use across the U.S. Forest Service.

“Climate change could make forests susceptible to all kinds of stressors,” Parker said. “It could be bugs, insects, pests, pathogens. It could be things that aren’t here yet” such as the hemlock woolly adelgid, an insect that feeds on sap from hemlock and spruce trees.

But the makeup of the forest itself is also likely to change. Many of the tree species that are dominant in the Northwoods won’t be as the climate warms.

“We have a lot of species in Wisconsin that are at the southern edge of their range,” Parker said. “Most of our dominant tree species are about as far south as they are going to go.”

Maple syrup is a $7 million industry in Wisconsin, according to a 2017 letter from the state Department of Agriculture, Trade and Consumer Protection secretary.

Any changes to Wisconsin’s forest habitats, of course, would happen gradually. But as spruce, cedar and birch trees decline, Wisconsin could see increases in trees that are more familiar in more southern states, including white oaks and burr oaks, beech and hickory trees.